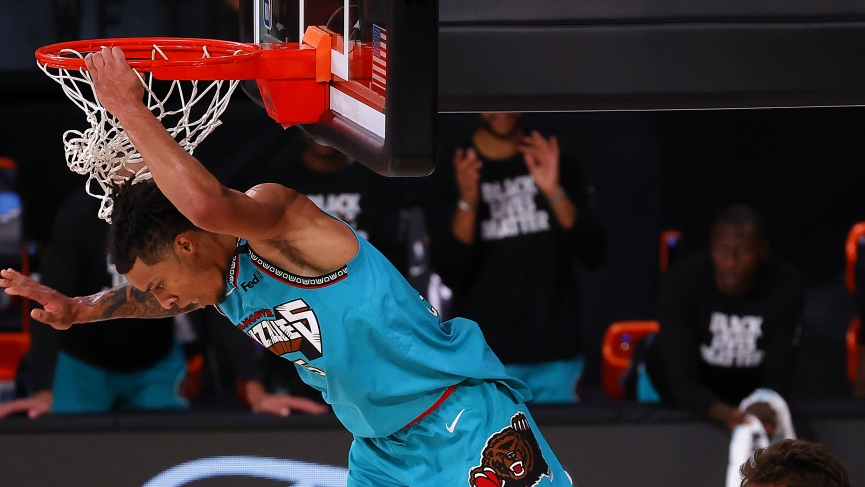 URGENCY, That word should mean something to the Memphis Grizzlies who had their playoff fate in the palm of their hands at the beginning of the NBA restart, only to see it slowly slip away in the bubble. The Grizzlies have lost 5 of 6 in Orlando and have ensured there will be a play-in playoff game to lock up the 8th and final seed in the Western Conference. On the flip side, the Boston Celtics have hit their stride in Orlando winning their last three ball games. With that said, let’s get into my Memphis Grizzlies vs Boston Celtics pick.

The Celtics are healthy as they have been all year, outside of an injury to roll player Daniel Theis, the Celtics are at full strength.  The firepower and clutch performers on their team should put fear that any team that steps on the floor versus them in the playoffs. The Grizzlies will be in a world of hurt if they can’t take care of the basketball against the Celtics.  The Grizzlies are turning the ball over at a staggering clip of 18 times per game in their last 3, which isn’t a good look against the 4th ranked defense in the Celtics.

Can the Grizzlies figure it out?

So, from the looks of things, most would say…NO.  The guys from Boston lead 9 of 14 statistical categories including every trend leaning in their direction. The categories that stand out in the Celtics favor are the obvious, points per game and points allowed.  As we dive a little deeper though, the Grizzlies get up more shots per game and shoot a higher % than streaking Celtics.  Most signs point in the direction that the Grizzlies are done, should pack up their things and head back home for the Winter. 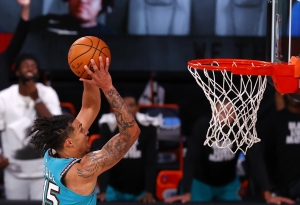 The Grizzlies were outstanding against OKC and showed fight against a very good Raptors team.  The Celtics bench is going to get a bulk of minutes in this matchup as they have locked in the 3 seed and can’t move up or down.  The motivation factor, coupled with the young guns who will understand that they have to take care of the basketball to win this game.  The Celtics will most likely put some of their players on minute restrictions or possibly a complete rest.

Today is a true test to Ja Morant, this is the time he must step up and be the star that he is. As he always is for the Grizzlies, the focal point of their offense – today is a MUST win for the Grizzlies and he will find his stride today and lead them to victory.

Let me also add that on paper the Grizzlies don’t look competitive in the bubble, that’s not entirely true.  The games have been close, with a few minor adjustments with their possessions they could be in a different conversation.

This game fits right into a very efficient top system of mine hitting at a staggering rate of 78%.  When a game hits a top system of mine, I stop what I’m doing and take a deep dive into the game.  That’s exactly what I did right here.  Take the Grizzlies plus the 4 and a half points who are going to be ready to play on Tuesday.  Lay this wager with confidence as there’s a chance the Grizzlies could pull off the DUB.  This line may drop as low as 3 by game time as they announce the minute restriction on the key players for the Celtics, so jump on it as early as you can!

These are my last 5 plays in NBA that cashed: