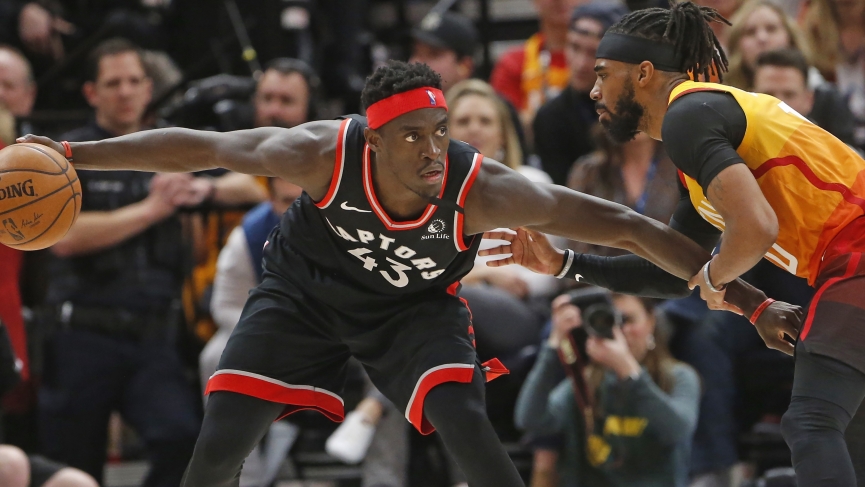 Who has better NBA Odds than the Raptors to win the NBA Finals?

Before the COVID-19 outbreak that suspended the 2019-2020 NBA indefinitely, the Toronto Raptors were on their way to making a nice playoff run and defending the title they won last season. Despite losing Kawhi Leonard to the Los Angeles Clippers in free agency, the Raptors held an astonishing 46-18 record – good enough for the No. 2 seed in the Eastern Conference. If the playoffs began with the regular season as is, the Raptors would face the No. 7 seed Brooklyn Nets, who have a 30-34 record.
There are only a few teams that have better NBA odds to win the Finals over the Raptors. FanDuel has the Milwaukee Bucks (+240), Los Angeles Lakers (+270), Los Angeles Clippers (+340), Houston Rockets (+1200) and Boston Celtics (+2000) hold that honor. However,  DraftKings has only four teams – Bucks (+250), Lakers (+250), Clippers (+333), and Rockets (+1300).

What Has Gone Right for the Raptors This Season?

I mean, really… is there anything this team hasn’t done right since the beginning of last season? After last year’s title, the Raptors jumped out to a strong 25-14 record, but bigger things were on the horizon. What followed next was a 15-game winning streak that ended in Brooklyn in the last game before the All-Star break.
Pascal Siakam has been the straw that stirs the drink for the Raptors, with 23.6 points and 7.5 rebounds per game in 53 contests. He really climbed to another level last season, but this campaign has been unbelievably productive. Couple that with the one-two punch of guards with Kyle Lowry (19.7 points and 7.7 assists per game) and Fred VanVleet (17.6 points and 6.6 assists per game), and we’ve got ourselves a nice nucleus to work with. 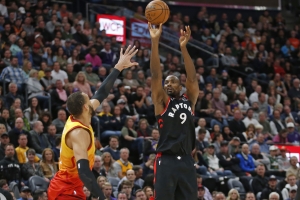 Serge Ibaka may wind up with another team next season, but his work here in Toronto will always be remembered. This season was averaging a very respectable 16.0 points and 8.3 rebounds per game and really carried the Raptors in times of need. Norman Powell even stepped into a bigger role, playing more minutes and contributing at a fraction of the value that Kawhi was. When the NBA suspended play, Powell was the fourth-leading scorer for Toronto with 16.4 points per game.
In 2019, the mid-season acquisition of Marc Gasol still paying dividends up to the point the league suspended play. While Gasol was still dealing with some aches and pains, he could have put together another strong showing in the postseason to keep Toronto rocking until at least the Eastern Conference Finals.

What Has Gone Wrong for the Raptors This Season?

Many experts thought losing Kawhi would put the Raptors toward the bottom half of the Eastern Conference standings. However, this team banded together and made all of those people eat the biggest bowl of crow.
One thing that could have potentially been a roadblock to success would be the health of the Raptors. Only one player on the roster (Terrence Davis) played in all 64 games, and another player (O.G. Anunoby) missed only one game. Every other player on the roster has missed at least nine games this season.
While the Raptors got the better of the Bucks in last year’s Eastern Conference Finals, there’s no guarantee that’ll happen again. Of course, Kawhi is no longer in Toronto, but Milwaukee is an even better team this time around.

How Will the Raptors Fare at the End of This Season?

Aside from a Giannis Antetokounmpo injury, it would seem like a longshot for the Raptors to not only win the NBA Finals but win the Eastern Conference. The Lopez brothers – Brook and Robin – are a formidable duo and keep playing well. Khris Middleton is the Robin to Batman (Giannis), being there every step along the way dropping in points when necessary. The trio of Eric Bledsoe, George Hill, and Vincent DiVincenzo as guards as been as good as anyone could have ever imagined.
It’s really hard to discredit all of the great things Toronto has done since last season. However, there is just too much talent – in the form of Milwaukee – standing in its way.
If the playoff matchups stay true to form as is, the Raptors can definitely win their first two playoff series before running into the Bucks in the Eastern Conference Finals. As for winning the NBA Finals, that just can’t happen with the Bucks, Clippers, and Lakers all standing in their way.