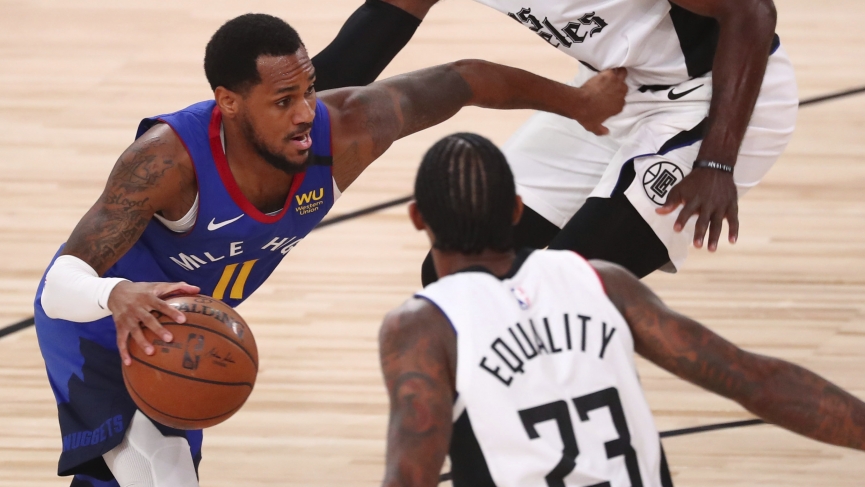 There is no doubt the Denver Nuggets were feeling a “Rocky Mountain High” on Tuesday night following their 80-78 Game 7 victory against the Utah Jazz. Denver became one of the rare teams to erase a 3-1 series deficit and come back to win the series in seven games. The Nuggets managed to turn the series around thanks to a truly amazing performance in Game 5 and Game 6 by Jamal Murray who scored 92 points in those two games combined. In Game 7, he finally looks human and struggled from the field but his Nuggets teammates had his back and picked up the slack particularly Nikola Jokic who was a dominant force pouring in 30 points while adding 14 rebounds and 5 assists.

The most encouraging thing from Denver’s comeback series win was their defense which was non-existent early in the series finally showed up in the last few games of the series and especially in Game 7. Utah was held to just 38% shooting as a team in Game 7 and a dreadful 8-for-34 24% from the perimeter as Denver’s defense was as locked in as they’ve been at any point here in the playoffs and they have that commitment to the defense which was missing for most of the season to thank for advancing to the second round.

I started this article talking about the great Game 7 win for Denver against Utah and all the good vibes surrounding it. Now here comes the problem for the Nuggets. This turnaround from Game 7 on Tuesday night to Game 1 of their second-round series against the Los Angeles Clippers is a brutal one for Denver. 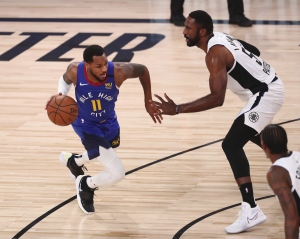 They exerted tons of energy and effort in not only Game 7 which was an emotional rollercoaster ride that went right down to the wire but also in the previous two games before Game 7 to keep the series alive. Jamal Murray played big minutes and heavy minutes for Denver throughout the series and he is someone the Nuggets absolutely need to be awesome in this series to have a chance at pulling the upset against the LA Clippers.

The problem is Jamal Murray was interviewed following the Game 7 win and came right out and expressed his frustration and disappointment that Denver had to start Game 1 of this series 48 hours later with just one day in between the Game 7 triumph against Utah and this first game against the LA Clippers.

That is a red flag for me against a rested LA Clippers team that will be a major step up in class defensively for the Denver Nuggets than the Utah Jazz were in the opening round of the playoffs. Patrick Beverley will also be making his return to the lineup for the LA Clippers tonight after missing most of the Dallas series with a calf injury and we are talking about one of the elite defenders on this LA Clippers squad.

This is a very tough spot for Denver and it’s one I have trouble trusting them in to bring their ‘A’ game against a very strong and much better defensive team like the LA Clippers who finally stepped up their game on that end of the floor in the last two games against Dallas to close out that series.

It included the Clippers holding the Mavericks to below 100 points for the first time in the series in their series-clinching victory in Game 6 on Sunday. The LA Clippers have a significant rest edge with three full days off between the end of the Dallas series and Game 1 against Denver tonight. The pointspread on the Clippers has climbed from -6 as the opener to -9 in most spots right now.

I’m worried slightly about a loss of value in the number but I could only back the Clippers and lay the points with them here in Game 1. Jamal Murray struggled in the regular-season meetings against the LA Clippers. If he struggles again tonight against them, which is a definite possibility especially with the fatigue starting to pile up for him, it’s difficult to envision Denver hanging around in this game for the entire 48 minutes. I’m recommending laying it with the LA Clippers tonight here in Game 1.