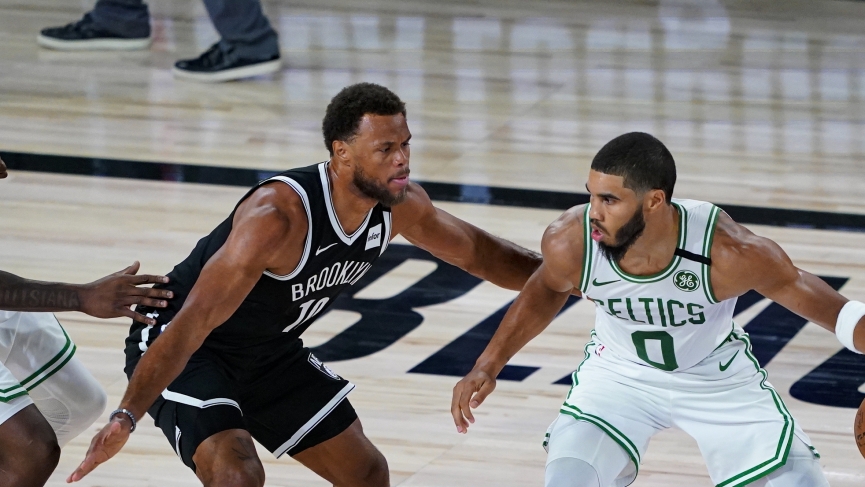 Not only do I have one Celtics vs Raptors prediction to give out today but I have a best bet too! The Toronto Raptors have been the best team in the Orlando bubble so far since the NBA restart began. Toronto is a perfect 3-0 SU and ATS in their first three games notching victories against the LA Lakers, Miami, and Orlando. They have terrific ball movement and team play offensively and also at the other end of the court where the Raptors are absolutely suffocating the opposition with their elite level defending.

Dangerous Dinos On The Loose In The Bubble

Toronto has held each of their first three foes below 40% shooting combined and opponents are a woeful 27.7% shooting from the perimeter against the Raptors so far here in Orlando. The Raptors are the defending NBA champions and are one win away from clinching the #2 seed in the East and yet this team has continued to be undervalued all season in the betting markets. Toronto is 38-28 ATS on the season. Why is their point spread record so strong?

Is it because they are not in a major American market? Or have a top-flight superstar although Pascal Siakam is close to becoming one? The season-long media narrative that the Raptors wouldn’t be the same without Kawhi Leonard has also played a role in keeping bettors from going to the window to back Toronto on a consistent basis.

Teams that don’t get the headlines, lack superstars but play terrific team basketball and are elite at the defensive end of the basketball court often cover point spreads in the NBA and we are seeing that this season with the Raptors who are playing with the motivation and urgency to prove to the naysayers that they are fully capable of competing for another title and maybe even winning one.

Celtic Pride Needs To Be Rediscovered

When I refer to Celtic Pride in talking about Boston entering this game, I’m specifically referring to pride at the defensive end of the court. The Celtics have struggled to get stops and have surrendered at least 44% from the field to each of their opponents in their first three games. Boston has been able to put the ball in the basket but they need to work on their defensive play. 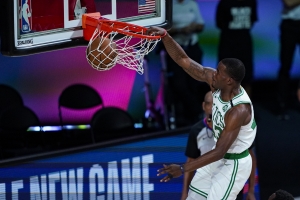 Celtics head coach Brad Stevens has said it multiple times since the NBA restart began and this great quote from Jaylen Brown echoes those sentiments: “Making sure we play the game the right way defensively, being a really, really good team, being an (expletive) to beat going into the playoffs,” Brown said. “We figure that out, we’ll be alright.”

This is a marquee game for the Celtics against a Raptors team that is surging right now and with the way Toronto is completely stifling their opponents in their first three games, I expect Boston to really focus on bringing it defensively tonight because they know they will have to in order to match what the Toronto Raptors have been doing at that end of the floor throughout here in Orlando. Celtics point guard Kemba Walker is expected to receive “incrementally more minutes” of playing time according to Brad Stevens but is still going to be kept on somewhat of a minutes restriction in this game tonight.

I am on two plays in this game both the side and total. I simply can’t bet against Toronto when they have clearly been a point spread machine so far here in the bubble. I will ride the Raptors and their perfect 3-0 SU and ATS mark here in Orlando and take Toronto on the ML at -130.

I also bet this game Under the total of 220.5 as I am somewhat surprised the total was bet up a point and a half from 219. Each of Toronto’s first three games has easily stayed under the total. The Raptors are playing intense, physical, and lockdown defense but I also expect the Celtics who have emphasized defensive improvement following their disheartening loss to the Miami Heat to also shore up their own defensive play as well.