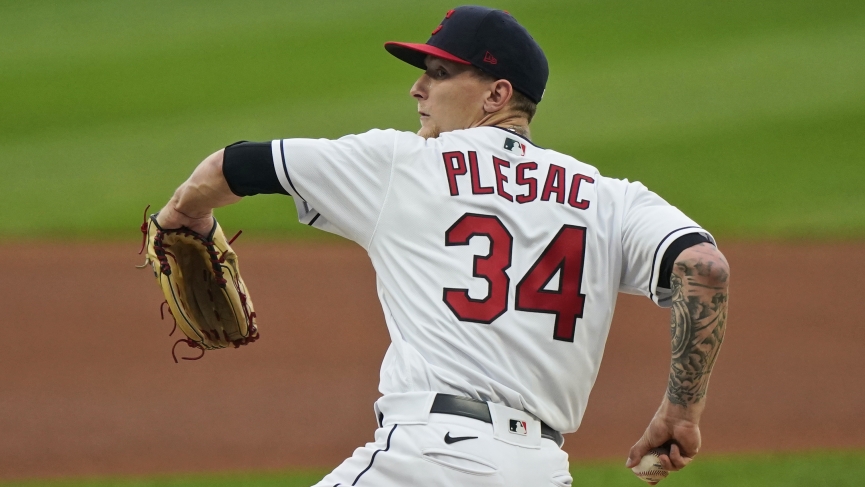 It’s time to take a look at my Royals vs Indians pick for today. Kansas City will try and get themselves out of their funk, losing eight of the past ten. They’ll have their hands full with a young pitching stud Triston McKenzie. The young star throws hard, with four pitches to strike batters out with. Kansas City will counter with Jacob Junis, his career numbers versus Cleveland are not the greatest, with four guys batting over .300. It’s crunch time with the season coming to a close, pull the trigger on the Indians team total over 4.5 -130 @ FanDuel.

McKenzie’s fastball will be used 60 percent of the time, while he will mix in his curveball, changeup, and slider at a 15 percent clip. McKenzie has only allowed eight hits and three runs in his three games of 2020. KC struggled just a week ago when McKenzie took the mound, striking out six, and giving up zero runs. With injuries piling up on Royals of late, I just cannot see how the Royals tee of on a pitcher they have major issues with just a week ago. McKenzie is a stud for the Indians future, keep a close eye on the prospect down the pipeline.

Junis has been an average pitcher at best in his career. The shortened season has caused problems for Junis, his K-BB % is down, WHIP is up, and batting average needs work. If you’re having a hard time striking out batters, and continue to have a high BABIP, you just might be a gas can. Our charts above show how low Junis’s Whiff percentage is, while McKenzie is proving he’s ace caliber quality. Keep a close eye on Jose Rameriz at game time, the second basemen is currently Day-To-Day with a strained thumb.

Kansas City has outperformed their numbers above. Their xBA, and xwOBA are in the range of the Twins, and White Sox, two teams smacking the ball with no end in sight. The difference between these three is the fact Kansas City has been hit with a key injury to Jorge Soler. With 32 hits and 22 RBI’s, KC will look to others in the lineup to step up in his place. Since McKenzie was soo good last week with Soler in the lineup, I cannot see anyone else able to step up versus McKenzie.

Junis will have his hands full with this Indians lineup, surging at the right time, looking to hold of the Minnesota, and Chicago for tops in the AL Central. Four bats in the Indians lineup hit Junis historically well, with Lindor, and Naquin leading the way, they will also get contributions from Santana and Rameriz. Keep a close eye on the Indians starting lineup, we want to see if Rameriz will be in.

The usage rate for the Royals is much too high to manage long term. 171 innings pitched, compared to 125 from the Indians shows you just how strong the Indians starting pitching is. Lasting long enough to give your bullpen proper rest is crucial down the stretch in the MLB. Kansas City is good for allowing a few runs late, helping us hit out Cleveland team total over 4.5.

Cleveland has one of the best relief pitchers in the majors, watch out for this team in the playoffs, if their bats can stay hot expect to see the Cleveland team closer to the World Series finale. Let’s roll with the better hitting team, and fade the unreliable Kansas City pitching. Cleveland team total over 4.5 -130 @ FanDuel.