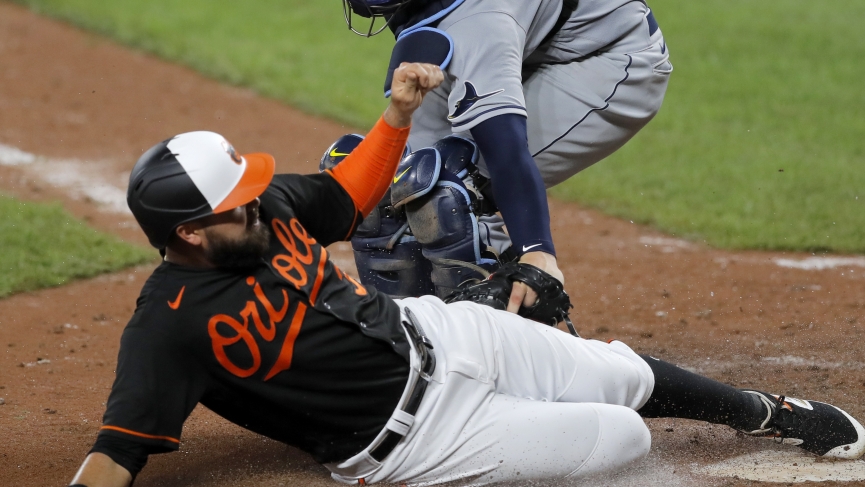 We’re back! With F5’s historically treating us well in the past, let’s go back to the well. My Rays vs Orioles pick F5 -0.5 will be getting our full attention tonight.

The Tampa Bay Rays are it a bit of a funk, losers of their last 3 games. After starting the year with 28 runs in the first 4 games, the Rays have yet to scrape more than five runs a game. I do not expect this to last much longer for the Rays. This team is marginally better than the Orioles in all facets of the game. Our biggest differential I found was the bullpens, even though you have just watched the Orioles hit, and the Rays struggle. Don’t let recency biases get you.

As you can see the Rays have a marginal advantage when the two starters leave the game. Let’s take a look at Tampa Bay’s starting pitcher tonight. Tyler Glasnow will get the ball this evening, and his form looks midseason already like he never missed a beat. Glasnow was a pure gem to watch when he took down the Braves and recorded the 14-5 win.

He is now faced with a pedestrian Oriole lineup without its two starting infielders. Chris Davis (COVID scare), and Jose Iglesias (Quadriceps). With Jose now out of the lineup, you’re really praying for a guy who wakes up feeling like Bonds in his hey-day. Glasnow is pitching like a true professional both vs Baltimore and at Camden fields. His combined WHIP is under 0.55, and batting average under 0.160. The Rays are eager to get off the schneid, and with your true ace pitching, you will get the best performance from your players.

Let me brief you on Wade Leblanc. He’s a 35-year-old journeyman who’s pitched for 9 different clubs in his career. Leblanc needs to figure out how to pitch at his new home “Camden Yards”. Wade will make the transition, going from the AL West to the AL East will be no walk in the park for Wade. His first start was at Boston where he struggled with the long ball, giving up 2 HRs on 4 hits. Until we actually witness Wade perform positively at Camden, I will be fading this guy like it’s going out of style.

There are many ways to bet this Rays team tonight. Our favorite angle on tonight’s game would be the Tampa Bay Rays F5 -0.5. Even though the bullpens show a  considerable advantage to the Rays. I want to back a top 10 pitcher in the league while fading someone who struggles at his home park. 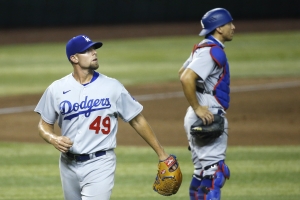 Ride the hot, and fade the cold. That is what we have to a tee. The LA Dodgers were a little compliant last night when they went into the bottom of the 8th against the D-Backs. Up 3-1, the bullpen surprisingly found a way to blow the game. This is a rare occurrence for a top 5 bullpen in the past 5 years. It just shows the Dodgers are human. I don’t expect the losing to last long, especially when you have Luke Weaver going on the other side.

Weaver dreads when he has faced with this even stronger lineup that they had before. His lifetime numbers at Chase Field are not bad, but when it comes to the dodgers. His numbers skyrocket in every major pitching bracket. Weaver’s counterpart Julio Urias makes him look like a triple-A pitcher. After coming back from his 20 game suspension ack on Aug 17th,  Urias has proven he belongs on the top shelf when it comes to young aces in your rotation.

Now the sample size has not generated nearly as much data as Weaver does at home. With that being said, in four games the DBacks haven’t even grazed the ball. When you are faced with a team that is already behind the eight ball when it comes to offense production, now you have to play the kid who makes you look silly at the plate. Dodgers maintain a top 10 offense in the league, my only concern would be the Dodgers getting a little too comfortable. That’s out the window after blowing a 3-1 lead in the bottom of the eighth inning.

Just like we outlined in our first article play, we want to believe it before we bet it. This means taking a shot with the LAD F5 -0.5, and fading Luke Weaver until he proves he can dodge these Dodgers. Take the LAD F5 -0.5 at a surprisingly low  -115. I will guarantee if you are just reading the article before the first pitch, your juice has grabbed about .20c from you. BOL!