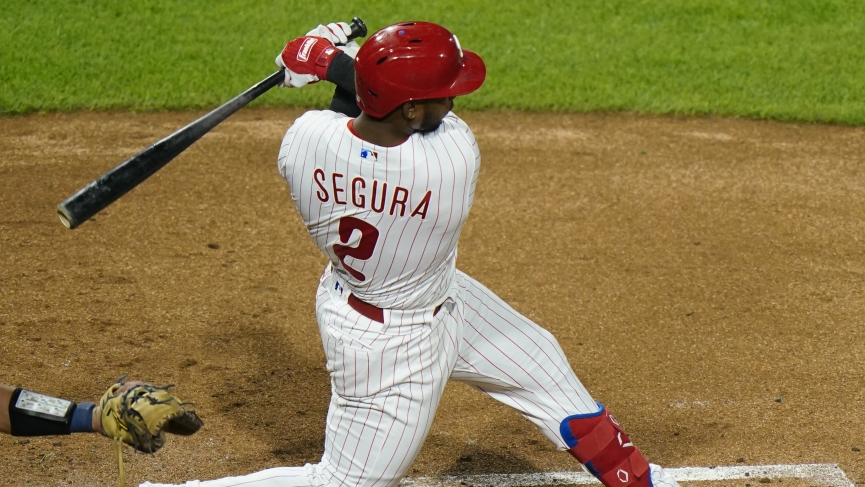 Aaron Nola and the Phillies look to get some wins string some wins together since blowing the most amount of games to their bullpen. Nationals will counter with Patrick Corbin, hold your breathe Corbin is trending in the wrong direct exceeding over 50 percent hard contact. Rematch from a week ago, except the Phillies to tee off on Corbin. Phillies Team Total Over 4.5 -105.

Patrick Corbin has not been himself on the road in 2020, he has seen an uptick in all our key factors when playing on the road. Corbin faced this same Phillies team just last week losing 3-2 but pitched well. This was at home where Corbin gathers most of his victories, he’s not the kind of guy who travels well. If Corbin wants to be successful against this hard-hitting Phillies lineup, he’ll have to regain some of that juice had last week. Advantage goes to the hitting team second time out, not to mention Nola will be at home where he’s been one fo the more reliable and profitable pitchers in the league when pitching at home.

Let’s stick with Aaron Nola, he’s been making hitters look silly at the plate with his 35 percent K-BB ratio. Nola does not mess around when he plays at Citizens Bank Park, he owns a .219 batting average, and sub 3.00 ERA. All signs are leaning towards another shutdown performance from Nola at home. Our one area of concern for Nola is Cabrera, Gomes, and Robles for the Nationals. The three hit for over .300 against Nola in their career. If Nola could get through the Nationals on the road a week ago, who cares if a couple of middling bats can hit Nola, Corbin can’t pitch on the road.

Washington has been on fire on the road, though I can not see this outburst lasting much longer. Nola knows this team 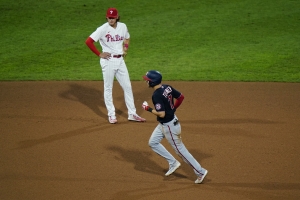 very well, and Gomes is the only one we should be worried about with a home run off Nola. Howie Kendrick and Eric Thames have contributed their own home runs off Nola, but for Howie has a small sample size with only five at-bats, and Thames is hitting below .300 against the Phillies ace. 132 wRC+ is not a maintainable one, expect more regression from the Nationals when faced with a monster of a pitcher in Nola.

Phillies have one player batting over .300 against Corbin, that being Jean Segura. He’s hitting .364 lifetime, while Hoskins and Bruce each have left the yard off Corbin. I love our chances for the Phillies now that we have Corbin now on the road, it’s at home where he feels comfortable pitching. Philadelphia needs to get after the weaker of the two starters and keep pressing the gas after Corbin gets pulled from the game. Watch out for JT Realmuto batting .274, nine home runs, and 25 RBI’S. His OPS has come down from being 1.07, but expect this hard-hitting catcher to be at the top of the offensive leaderboards when all is said and done.

This is where the runs will come, both bullpens lack any composure giving up a base hit at an over 25 percent clip. Their WHIP’s need polishing, while neither bullpen has much strikeout power, ranging from a 13-15 percent K-BB ratio. Since Corbin is pitching on the road against a team that just faced him a week ago, we expect the runs to start early and continue throughout the game for Philadelphia. Phillies team total over 4.5 -105 will be our best bet.