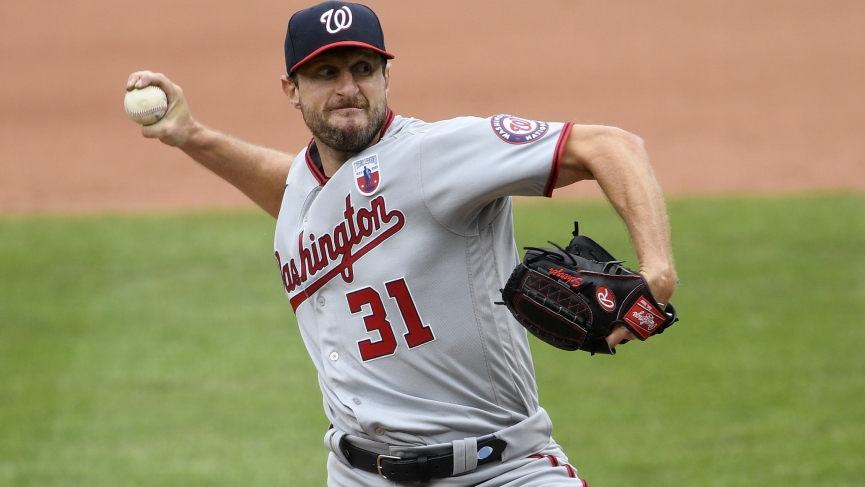 My Nationals vs Braves pick is a crucial divisional matchup will see two clubs who are raking mashing the baseball. Washington is getting contribution from 1-9, while Atlanta is going to be without there two young superstars for the foreseeable future. Sanchez will give us the best chance to rack up a victory tonight. Best Bet WSH F5 +124

Washington comes into tonight matchup on a win-lose basis. I do like what I am seeing from this offense that ranks 2nd in the majors, and third against right-handed pitching. Anibal Sanchez will make his fourth start to the 2020 campaign still winless with an ERA of 9.69. Sanchez will have a chance against a Braves squad who are without two of there best bats. Similar to our last article, we spoke about how Robbie Ray needs to show up or his spot in the rotation could be lost. Nationals situation is slightly different with Steven Strasburg going on the DL, Washington is starting to become thin at the starting pitcher position.

Touki Toussaint now in his 3rd year of competition is finding himself in the top half of the rotation since Ace Soroka went to for the 2020 season. Toussaint is a pitcher who likes to pitch at home, in a combined two games he has allowed only 7 hits, and three runs. Compare that to his two road starts, Touki gave up 12 runs on nine hits.

The long ball has been a problem thus far for Toussaint, at 25%  if he finds himself hanging pitchers to these Nationals he’ll be chased within four innings. Another major concern is the number of batters he allows to score, 45.5 % LOB will not get it down in the majors. Even if we get Toussaints best tonight, I expect Washington to be right in this one from starter to finish.

Sanchez comes to play when he’s at Suntrust, things will become much easier when he does not have to face two of the best young prospects in the majors, Acuna JR OF, Albies 2B. Without these two in the lineup, expect a solid outing from Sanchez when he and the team need it the most. Washington sits just 4th in the NL East, where Atlanta is just behind Miami for tops in the division. Even though we like Toussaint at home, you can see from our table Sanchez actually gives us a better chance. If Toussaint is struggling to locate pitches, we will cash.

Nationals might be one of the hottest offenses in the league in the past seven days. They are getting a contribution from 1-9 down the lineup, and guys are getting the ball in play more than ever 0.317 percent. Take a look at the right-handed matchup for this series, both teams rake right-handed hitting. There will be a tone of right-handed pitchers in this series, so watch out for runs, especially ina near healthy Nationals squad. Atlanta is no slouch themselves, but I guarantee you a good chunk fo their offensive and defensive numbers are thanks in part to Acuna JR, and Albies.

Bullpens are like thin glass, you don’t know how much it can until it shatters. ATL and WSH do not have awful bullpens, with a 1.35/1.25 WHIP. The batting average is somewhat low not enough to cause concern, but what is a major problem seems to be LOB%. Almost 25 percent of the time hitters a scoring, we are going to just focus on the first five innings. Shortening the game is a very beneficial way of betting, we like to call this prop betting. Our prop bet today will be Washington Nationals First Five innings at a nice plus price.