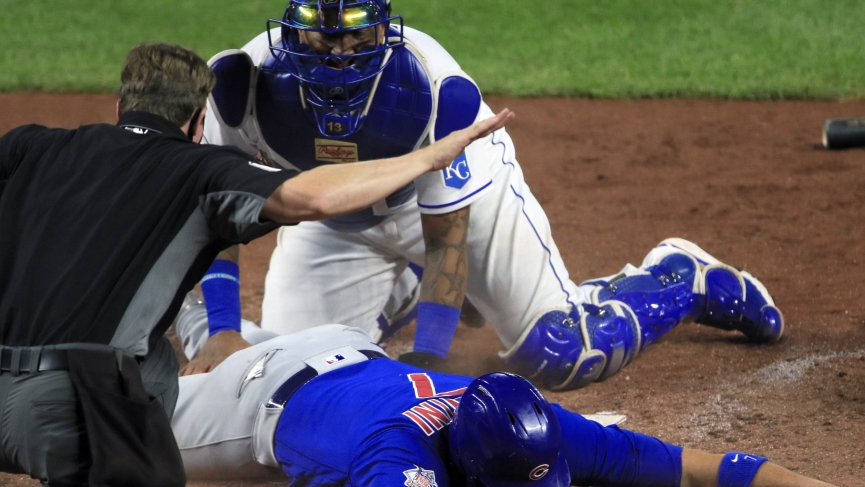 Taking a look at my Chicago Cubs vs Kansas City Royals pick, the Chicago Cubs were preseason picks to be smack-dab in the middle of what was seen as a wide-open, 4-team race in the National League Central Division, most of their 2020 projections came with at least some amount of cautionary calculations for the squad that failed to make the playoffs in 2019.

Yet here they are, owners of the best NL record roughly two weeks into the campaign and sitting pretty with the largest division lead in either league. Chicago will be looking to improve that record and increase the NL Central lead with a national television audience looking on Thursday night in the series finale with the Kansas City Royals.

According to the numbers at FanDuel, the Cubs will continue their march in the 7:07 p.m. (ET) contest at Kauffman Stadium on the big FOX. Tyler Chatwood (2-0, 0.71) is on the bump for Chicago and carrying a -162 money line against Brad Keller (0-0, —) and the Royals. Scoreboard bettors are making their decisions on a 9-run total.

Man had yet to set foot on the moon the last time the Cubs started a season 10-2. Of course, just mentioning 1969 to a Chicago North Sider can cause pain since that team blew a late division lead. Pitching is behind the current 6-game win streak, Cubs opponents scoring just 12 runs in that stretch. First-year manager David Ross also has a lineup blessed with balanced power, the team second in the NL with 19 homers. 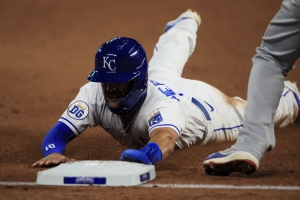 Control issues in 2018 when he walked 95 in 103+ innings relegated Chatwood to the bullpen last season. He still struggled to find the strike zone in a few spot starts for the Cubs, but has had no problem in that department so far in 2020. Chatwood has gone at least six innings in both of his starts to date, striking out 19 against just four free passes all while not allowing a homer in the two wins. He’s also surrendered just six hits and one lone run in the 12.2 innings.

The former 2nd-round pick in 2008 by the Los Angeles Angels has faced the Royals one time since joining the Cubs, and that was a forgettable relief outing in 2018 when Chatwood allowed four runs while recording only five outs. His lone career start against Kansas City came during his 2011 rookie season with the Angels, Chatwood yanked after before getting through the fourth and charged with five runs. 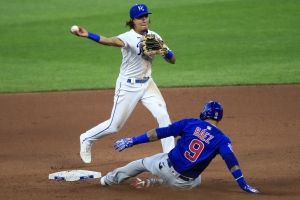 Heading in the exact opposite direction are the Royals who sit in the AL Central basement thanks to losing their last six. All six losses have come to the Windy City teams, Kansas City outscored 36-14 by the White Sox and Cubs. The Royals rank 12th in the American League averaging 3.46 RPG, and 24th in all of baseball with a .648 OPS. They also rank near the bottom of the barrel in money lost by bettors, the Royals dropping 5.7 units for anyone playing them on the MLB odds.

Keller is making his season debut for Kansas City, the delay caused by a positive COVID-19 test soon after teams reconvened for Summer Camp. He managed to get in three exhibition appearances, including his Spring Training action, and was hit pretty hard in those outings, giving up a couple of homers among 14 hits in his 6+ innings of work. Keller’s first two seasons in the majors showed a lot of promise, and his return to the KC rotation is a welcome sight for a team that is 11th in the AL allowing over five runs a game.

Thursday will mark just his second career start against the Cubs, the first coming at home in his 2018 rookie campaign. Keller pitched six innings and was charged with four runs, Anthony Rizzo and Javier Baez each going 1-for-3 against the righthander.

Could Cubs Get Caught Looking Ahead To Cardinals Series?

Crew chief Lance Barksdale is tasked with calling balls and strikes in the series finale, the 20-year veteran bringing a 2-1 O/U record on the year into the contest. One of those ‘over’ winners was a 12-7 slugfest won by the Reds against the Cubs about a week ago. The Mississippi native is working his first plate assignment at Kauffman Stadium in more than three years, with five of his last seven in Kansas City hopping past the totals.

Clouds, and a slight chance of rain, will help hold the thermometer from climbing too high on Thursday, but it will still be a muggy 82° at game time with a light SSE breeze (out to left). There’s an old adage in gambling not to bet against a streak, but instead of playing the Cubs with my pick, I’ll be on the ‘under.’