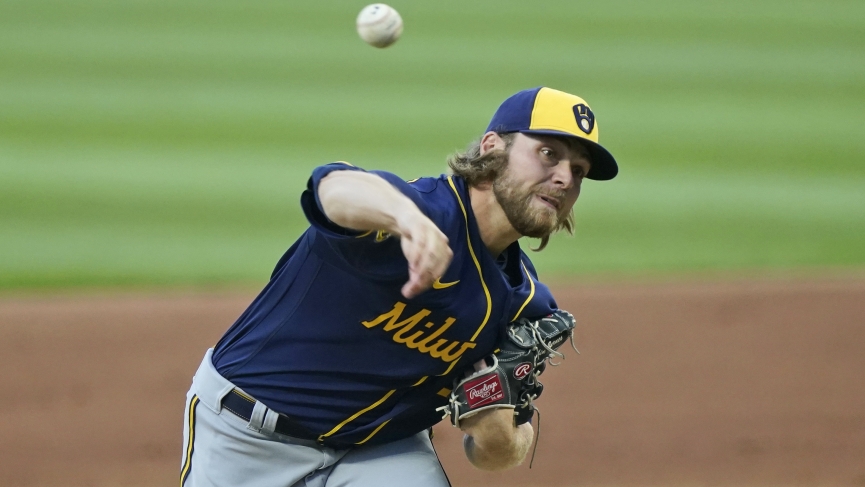 We’ve cashed with Corbin Burnes in the past, tonight looks no different. Detroit is riddled with injuries, while Burnes has been on cruise control striking out 24 in his last three games. Matthew Boys is slowly starting to put solid starts together, look for Boyd to roll through the Brewers lineup who, sit near the bottom of the league verse left-handed pitching. Best Bet: First Five Under 4.5 (-115) @ FanDuel

Brewers’ Burnes comes into today with an ERA of 2.50

Corbin Burnes is the real 2020, the 25-year-old is a perfect 2-0 on the year while holding batters to a below 2.50 ERA, and 1.05 WHIP. This stud has a very low xbatting average which takes into account how well a ball was struck, same goes for our xwOBA this tells us how well a player was out. If a player goes 0-4 that could mean a variety of things. Whenever you use the expected BAT or expected wOBA, you are taking into account that the player did not get on base, but had a great contact or had bad park luck. Going down the line Burnes barrel percentage qualifies as a backable pitcher, his hard-hit rate is also below the median average. Follow it up with the most important statistic of all, out of zone swing percentage, and whiff percentage. Burnes is more impressive than Boyd, because of his lower xBA, and xwOBA.

Matthew Boyd needs to watch out for Garcia for the Brewers, he does not fair well allowing a .332 xBA, and .430 xwOBA. Good news for Boyd, Garcia is only batting .154 in the past week of play. Boyd is yet to face Milwaukee is his career, but we have his statistics at Comerica Park. This is where Boyd wins the majority of his games, recording a 19-17 lifetime record at home. Here are his statistical numbers over his career at Comerica: .248 BA / .746 OPS / .264 BABIP / 1.20 WHIP / 4.14 ERA. Boyd will have a great chance at keeping this Brewers offense in check, as the Brewers are striking out at an alarming rate on the road. Keep a close eye on Keston Huira, he is mashing the ball with four home runs and eight RBI’S in his last seven games played. 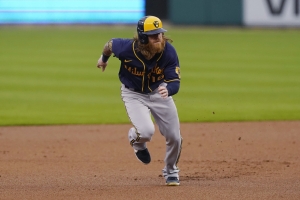 Weak offenses are the storyline today. Milwaukee is the better of the two offenses in my eyes, this is due to the fact of their higher xwOBA and much lower chase rate. Milwaukee also has a tough time hitting pitchers who throw from the left side, sitting in the bottom ten of the majors in that category. Pre-season NL MVP candidate Christian Yelich has only put up 29 hits in 136 at-bats and is hitting at an average of just 0.213. Burnes is great at eliminating hard contact with a 37.5 percentage rate, this will bode very well for Milwaukee and company. Overall the Brewers are 10-8-3 to the Under on the season. Look for an early matinee of scoreless runs, both pitchers will have the numbers with them, while the Offenses are looking to swing for the fences, rather than playing small ball.

The Detroit Tigers have been hit with the injury bug, four of their nine starting batters are more than likely out of the lineup. Burnes has one game versus this Tigers squad, where he walked away with a (.125 BA / .722 OPS / 0.00 BABIP / 1.00 WHIP), now this was only in two-inning last year, Burnes is playing career at the moment, while the Tigers offense will sizzle off with fill in AAA players taking their roll. An alarming problem for the Tigers tonight versus Bunres will be there top five chase rate, and whiff rate. Detroit will be ringed out at the plate if they continue swinging away, trying to hit long balls rather than base hits.

The Brewers have a top 10 bullpen.

We have one of the best bullpens in the majors tonight, Milwaukee holds top ten statistics when looking at four of our five bullpen categories. Detroit will have a very tough time scoring runs this afternoon, not just because they are injury-riddled, but because they’re faced with one of the best pitchers the Brewers have had in a long time.

Detroit will have a big mountain to climb if they want to walk away with a win today. Detroit is what we call an average bullpen, with their WHIP being the strongest statistic. That tells you the Tigers do not allow many extra baserunners, which leads to runs. I want us to focus on the first five under 4.5 -115, as we have two pitchers who are playing much better than the two offenses at this time.

MLB with Jimmy The Bag