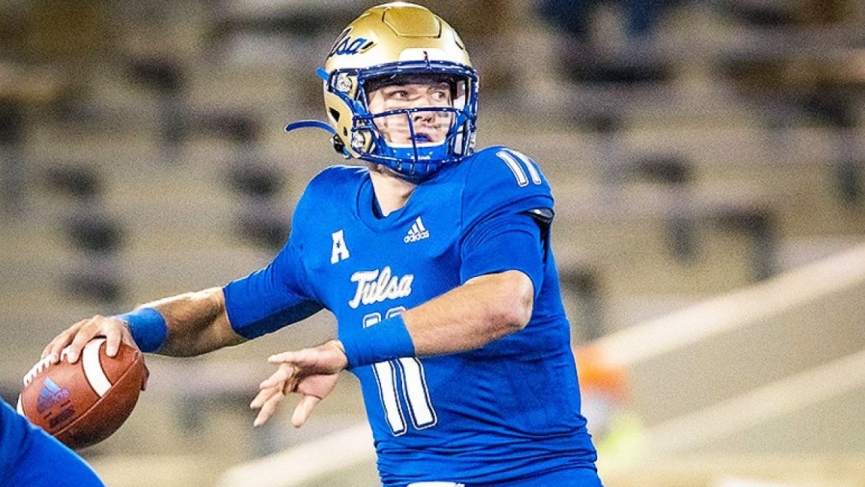 Tulane vs Tulsa Pick: – College Football Week 12: If someone just looks at the current standings in the American Athletic Conference, they might come away thinking Thursday night’s matchup between Tulane and Tulsa is a mismatch. The college football odds board has things differently for the collision between the Green Wave and Golden Hurricane.

If nothing else, you have to give Willie Fritz and his staff credit for keeping the Green Wave healthy through nine games so far. Only the Texas State Bobcats have played more games, and bettors are certainly enjoying the covers over the last five games as well as a healthy 6-2-1 lean to the ‘over.’ Tulane has won its last three, and enters this contest off a solid all-around performance for a 38-12 triumph over the Army Black Knights.

Phil Montgomery and the Golden Hurricane haven’t been as lucky on the virus front with three of their games canceled since a close loss at Oklahoma State to begin the season. Tulsa has managed to win all four it could play since then, covering three of them and impressing voters enough to climb into the top 25. Two of the wins came against teams that were ranked at the time, a huge upset at UCF in October and a 28-24 decision last week against then-No. 19 SMU. The Golden Hurricane trailed 21-0 in that game before senior QB Zach Smith led the rally.

While the spread indicates the teams are tighter than a touchdown apart, series history between Tulane and Tulsa doesn’t indicate that. The Golden Hurricane have an 11-5 advantage overall, and the two sides have finished separated by fewer than 10 points. Tulane has won and covered the last three, after Tulsa won and covered the previous three. The forecast calls for gusts from the south up to 20 mph Thursday night, and I’m looking for a gusty effort from the Golden Hurricane with a free NCAA football pick on Tulsa -6½ (via DraftKings) bet the game by following the link.