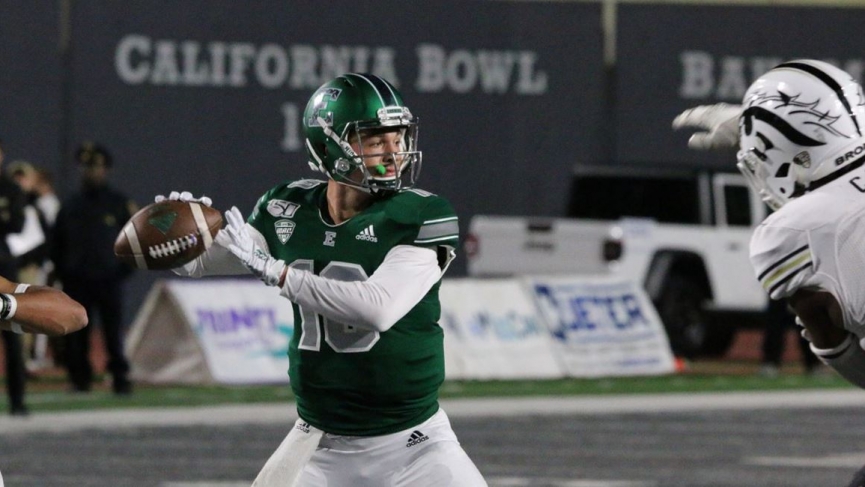 Toledo is 1-0 as a favorite and 1-0 as an underdog in 2020. They cashed as a steep -1600 moneyline favorite over Bowling Green in week one of their season, but dropped their next game to Western Michigan as a -102 chalk sided underdog.

Eastern Michigan has lost both of their games this season, but have covered both as an underdog. The Eagles covered as 4.5 point dogs to Kent State, who were -210 moneyline favorites, and followed it up with a 38-31 loss to Ball State (-325), covering the +8 point spread.

Based on the measure of expectation, these teams are pretty close to where they should be as far as their pre-season ratings go. Toledo lost a coin flip game to Western Michigan last week, and could easily also be a 2-0 ATS team. Eastern Michigan has shown they have the ability to hang around with teams that are clearly better than them, something they showed last week against Ball State.

Eastern Michigan looks to be the better side to take here, but if you plan on betting them, it would be wise to jump on this now and still be able to have that key number at +7. The value is definitely still there at 7, but at +6.5 this is a total stay away. Act now on Eastern Michigan, on a dog or pass game.