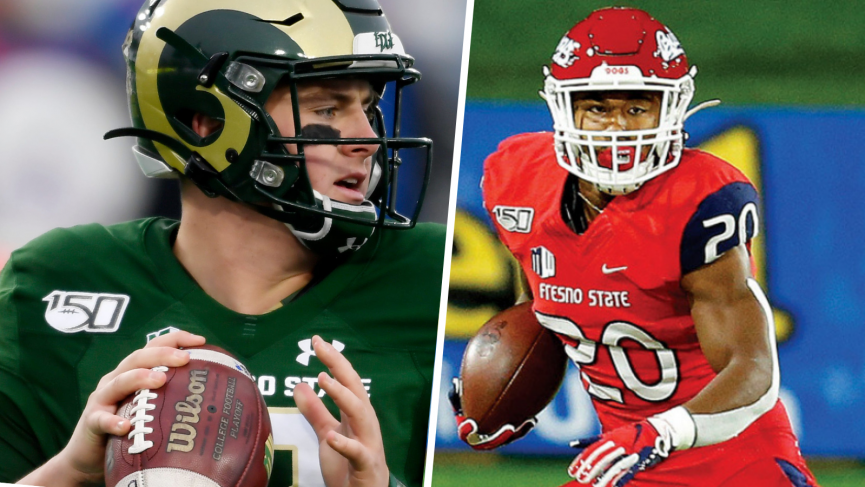 Colorado State vs Fresno State Pick – College Football Week 9 Predictions: Head Coach Kalen Deboer and the Fresno State Bulldogs are riding a 9-1-1 ATS streak as the home underdog, as the host the Colorado State Rams in their second game of this modified NCAA football season.

The Colorado State Rams take on the Fresno State Bulldogs, the Rams are opening their season in the Pac-12, while Fresno is coming off of a 34-19 loss to Hawaii last week. The Rams opened as -1 point favorites, and have since moved to -1.5, the total currently sits anywhere between 57.5 and 58.

The Rams start their new season under new head coach Steve Addazio, while 6’5 senior QB Patrick O’Brien returns to the team. The Rams best receiver from last year Warren Jackson has opted out this season, and they have also lost three starters from their offensive line. Last year they allowed 31.2 points per game but were one of the best defensive teams against the pass, ranking 9th in the nation, allowing just 184.4 yards per game through the year.

Fresno State opened their season last week in a 34-19 loss to Hawaii, they allow Hawaii to put up 500+ yards of offense. Including 323 on the ground, their top defensive player last year Justin Rice has transferred to Arkansas State and the hole that he left in the defense was clear and noticeable in game one of their season.

Over the last 15 meetings, these teams are 5-10 straight up and 6-9 ATS. The total has only been lined six times and that has gone 4-2 to the over. They haven’t played each other every year, so these teams don’t know each other, as well as the public, may think. One team has scored 30 points or more in their last three meetings, including a 37-0 blow out by the Rams over the Bulldogs in 2016.

The best current price on the Under is a 59.5 (-125) via BetMGM: The total is right along the same line as previous meetings, the Rams and Bulldogs have gone over the total in their last 4 meetings. With the total opening at 57.5, the money has come in to push that total up a full point to 58.5, which is an awfully high total for two teams that haven’t played much competitive football this season. The early lean on this game is towards the Under, but waiting and seeing where this total goes before kick-off is likely the best way to approach it. Under and Dog or pass.