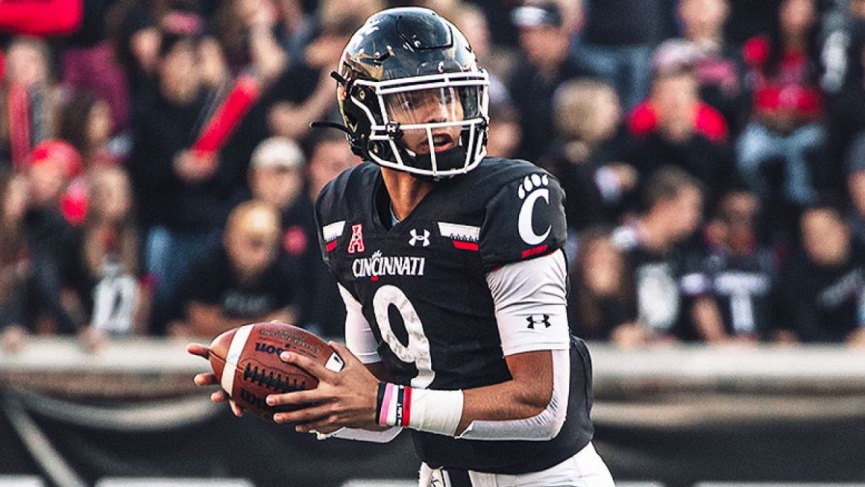 AAC Championship Tulsa vs Cincinnati Pick: Closing out our Saturday college football picks in title tilts for the smaller conferences is another side looking to complete an unbeaten regular season and earn a New Year’s Six invite. That would be the Cincinnati Bearcats in the American Athletic Conference Championship, taking on a Tulsa Golden Hurricane squad that would love to complete its own perfect league slate.

Tulsa and Cincinnati were to have met last week to close out their regular seasons, but the contest was called off due to virus concerns in the Bearcats. Both teams are 6-0 on the AAC fixture, and Cincinnati is showing up as 14-point chalk at Bet365 where the total is 45½.

The Golden Hurricane opened with a close 17-9 loss at Oklahoma State, a team that was once considered the best bet in the Big 12 to make the College Football Playoffs. Phil Montgomery’s men were 24-point underdogs in that one, and reeled off with six consecutive victories while covering the college football odds in five of the ensuing wins.

The offense leans a little more on Zach Smith’s passing than the ground game, and the Golden Hurricane will need Smith in this one with running backs Deneric Prince and TK Wilkerson both questionable.

Cincinnati hasn’t played since before Thanksgiving when the Bearcats survived a 36-33 decision at UCF. Luke Fickell’s squad was giving up 4 in that matchup, just missing the cover after beating the spread in their previous four games. That was easily the worst showing by a defense that ranks top 10 in yards and points allowed.

There won’t be any fans at Nippert Stadium, leaving us to wonder just how much of the 2-TD spread is predicated on Cincinnati having home-field advantage. It wouldn’t be very enjoyable if fans were permitted inside with the weatherman listing a 50% chance of rain in Porkopolis on Saturday evening when the thermometer is going to be around 40° at the boot.

Tulsa has exceeded all expectations this season after originally being picked down near the bottom of the AAC. Cincinnati wins it, but the Golden Hurricane +14 earns my nod with a free NCAA football pick.