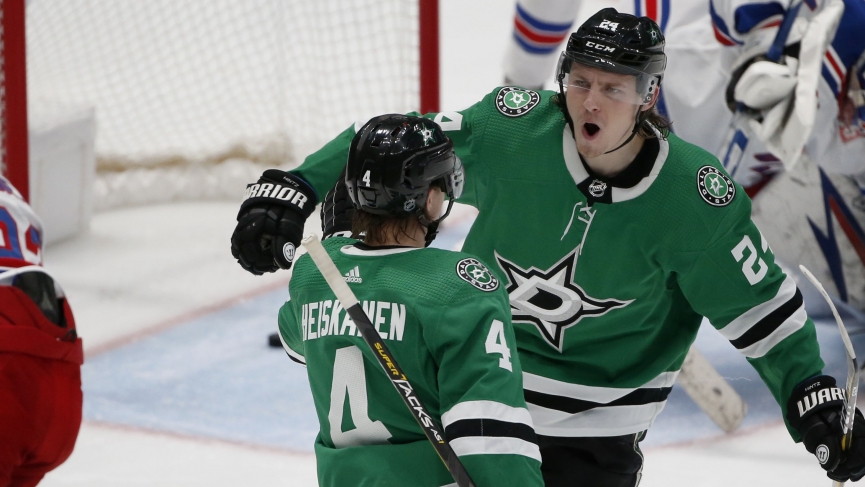 “Shooting” Stars in every sense of the word. The Dallas Stars are indeed shooting. They are shooting pucks from everywhere and making things very difficult on a Calgary Flames defense that has had an increasingly difficult time keeping Dallas from getting shots on goal and quality scoring chances.

The Flames have yielded 36, 35, 62 and 32 shots on goal in their last four games and the Stars have gotten better and stronger as the series has progressed particularly offensively. Jamie Benn and Tyler Seguin have had a much greater impact in the last few games than they did early in the series and we are seeing Dallas starting to experience the benefits of bringing two stalwart playoff veteran forwards in the offseason Corey Perry and Joe Pavelski. Both of them have stepped up to make big plays and score big goals for the Dallas Stars in the course of the series and are showing why they have been integral pieces to teams making lengthy and sustained playoff runs in past seasons.

Matthew Tkachuk has missed the last few games of this series for the Calgary Flames due to injury and there is no doubt the Flames miss his presence on the ice. He can chip in offense but also is a physical force and gets under the skin of the opposition. Calgary has been missing the multiple ways he can impact a game and help this team. 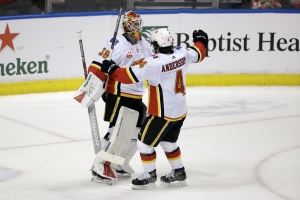 The Flames also need more from their top players as they have been far too reliant on depth forwards to carry the load for them such as Sam Bennett and Dillon Dube who have had terrific series for Calgary. However, Johnny Gaudreau, Sean Monahan, Elias Lindholm, and Mikael Backlund all need to really step up their game and make an impact offensively in a game of his magnitude with the season on the line for the Flames facing elimination here in Game 6.

The best players for Dallas have elevated their level of play as this season has progressed and now it is up to Calgary’s top players to do the same and follow suit. With Tkachuk highly doubtful to return to the lineup for Game 6 tonight, the rest of the squad will need to chip in the offense if this team is expected to win and force a decisive Game 7 on Saturday.

Things got back to lower scoring in Game 5 in the 2-1 win against Dallas and now here in Game 6, I expect the red light to be lit and both teams to find the back of the net early and often. NHL totals in elimination games here in the first round of the Stanley Cup Playoffs have trended 4-1 to the Over in the five previous elimination games in this round.

The reasoning for that is simple. The team trailing in the series has to open up a bit and try to get on the scoreboard first with their season on the line. In the 3rd Period, if the team facing elimination is trailing by anywhere from 1 to 3 goals in the latter 5 minutes of the 3rd Period, you will see an extended amount of time with the empty net and the extra attacker on the ice for the team trailing opening the door for a late goal-scoring explosion which often happens in elimination games.

That is why I like the game to go over the total of 5 at -130. I’m always interested in betting an over at 5 in any NHL playoff elimination game and tonight’s matchup between the Dallas Stars and Calgary Flames is no different. It’s also worth noting that both goalies seem to be wearing down a bit and battling fatigue as this series going on. Anton Khudobin for Dallas and Cam Talbot for Calgary are not accustomed to playing this many games in a row in net and it seems to be having a negative effect on their performance as this series progresses. Expect enough goals to send this game over the total.