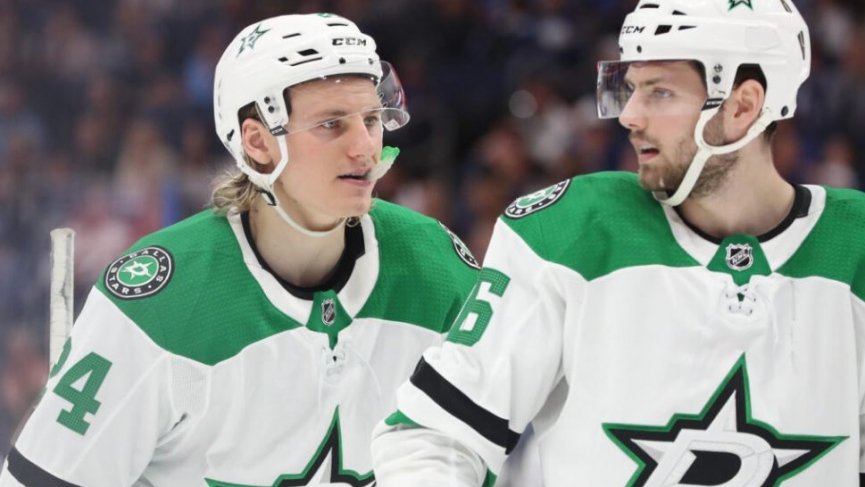 Dallas Stars Odds at 8-1 to Return to Stanley Cup Finals in 2021: Yet are returning a large portion of their roster, with a few additions along the way. For a team that was considered a long shot to reach the Stanley Cup Finals in 2020, the Stars will have alot to live up to in 2021. As they are now the third highest choice on the odds board to win the Western Conference.

Dallas Joins Best of the West Atop Cup Odds 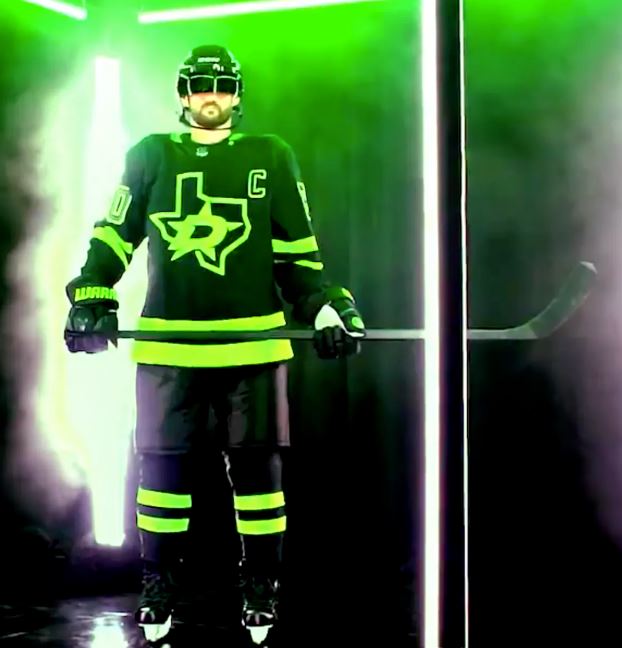 The Dallas Stars have made step-by-step improvements each of the last two seasons. They made the playoffs and took the eventual Stanley Cup champion, St. Louis Blues, to seven games in the second round of the playoffs in the 2018-2019 season. Dallas was looking to build off that entering this past season, although it certainly was an up and down year.

They entered the NHL restart/playoffs as a team with the defense and goaltending capable of carrying them to a lengthy playoff run, which is exactly what happened as the Stars got an incredible playoff performance from Anton Khudobin in net and a strong blue line in front of him. Dallas also got more offense going in the playoffs than they did for most of the regular season.

They took it all the way to a Western Conference championship and a Stanley Cup Final appearance against the Tampa Bay Lightning, but the Lightning was too deep and too good for the Stars in the Final. Dallas has gotten better in two straight seasons, and now they are in a “Stanley Cup or bust” mode entering next season as the expectations for this franchise have climbed. Now they need to show they can climb that final part of the mountain and reach the top.

Dallas Stars general manager Jim Nill has every reason to try and keep the core of this team intact to try and make another run at the Stanley Cup, especially since they’ve lost in the playoffs the last two seasons to the eventual champion, which proves they have the talent to be among the elite teams in the NHL. However, he does have some critical decisions to make during the offseason. The first and foremost being goaltending. 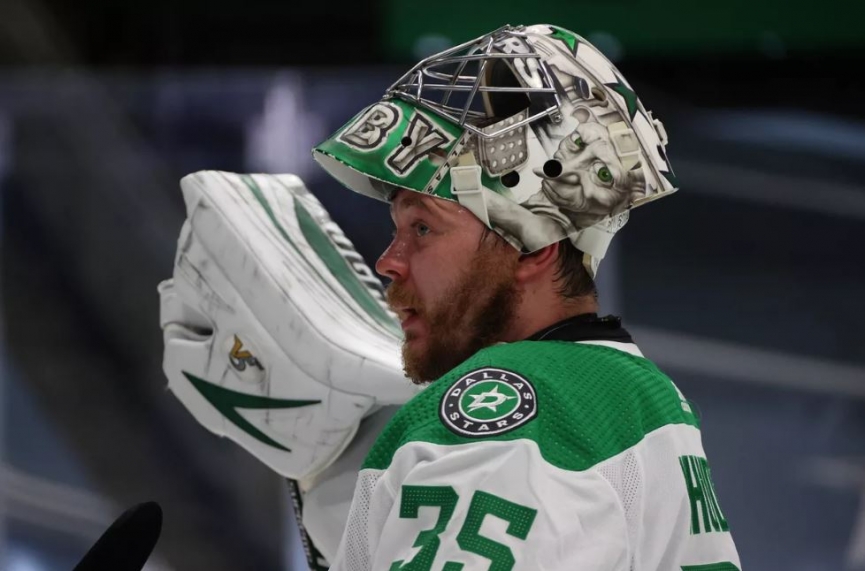 Anton Khudobin was magnificent in the playoffs after struggling in a starting role for many years. He had a 2.69 GAA with a .917 SV% in 25 games played during the playoffs. His playoff performance was so good that Khudobin has become one of the top free-agent goalies available, but the Stars may not be able to afford the price he will command in the open market. Dallas wants to keep Khudobin, but it will take some serious financial negotiation to make it a fit. Corey Perry and Mattias Janmark are UFA’s. I’m not sure Perry will be re-signed at his age even though he was reliable for them during the playoffs.

Radak Faksa, Roope Hintz, and Denis Gurianov (all of them are forwards) are all RFA’s that will require a new contract before the new season to avoid the Stars losing those players for nothing after next season. Faksa is one of their best defensive forwards, and his presence was missed in the Stanley Cup Final after he was injured. Hintz has proven himself to be a very solid two-way forward, and Gurianov has plenty of skill, talent, and long-term upside offensively. They are prominent pieces of what could be a future Stanley Cup-winning team for Dallas. 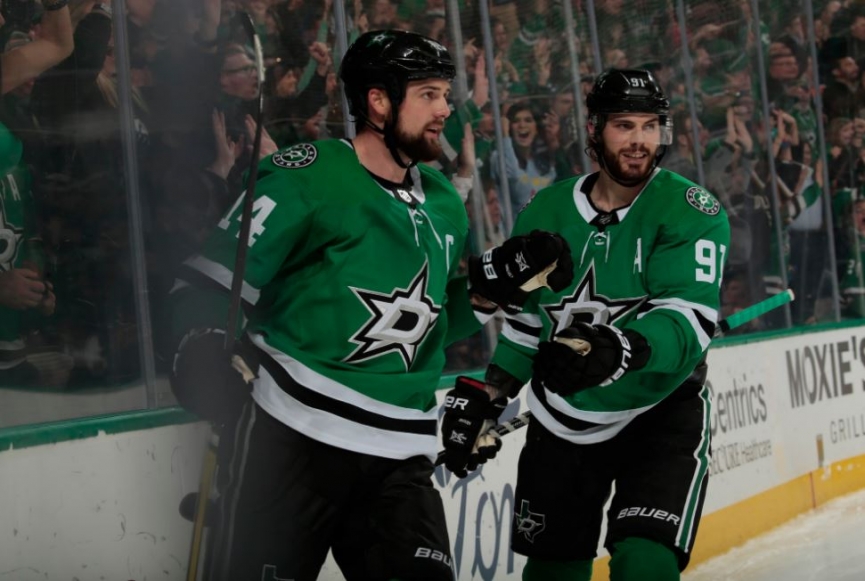 The Dallas Stars are a volatile team to project when it comes to next season. They needed a phenomenal goaltending effort from Anton Khudobin to get as far as they did in this year’s playoffs. They got outshot in most of their playoff games and managed to capitalize on the scoring chances they got, despite allowing more scoring chances to the opposition than they were getting.

Jamie Benn and Tyler Seguin had an up and down playoff run for the Stars, and those are two players they count on for offensive production. Those are the characteristics of a team that probably won’t be as well next season. Rick Bowness still has to decide if he wants to accept Jim Nill’s offer to become the permanent head coach, although one would think he will accept.

The blue line should be intact next season, spearheaded by the trio of Miro Heiskanen, John Klingberg, and Esa Lindell. Still, upfront, there are some free-agent decisions to be made, and in goal where Khudobin at his age of 34 may not be a goalie, the Stars want to open up the bank to keep for the long run even though he was fantastic for them in this year’s playoffs. 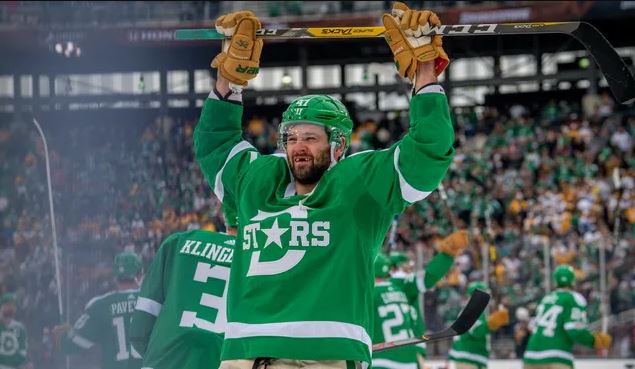 The Stars clearly played with more pace and were more aggressive on offense once Rick Bowness took over as interim head coach. I think that playstyle could continue next season, especially with some talented depth forwards really stepping up to chip in with some scoring during the playoffs. The Stars’ goaltending could be much more of a question mark, too, if Khudobin doesn’t re-sign in Dallas and with Ben Bishop’s ongoing injury and health concerns.

Dallas could become more of a game to game Over the total team next season. Dallas is currently priced at +1800 to win the Stanley Cup next season. From a futures standpoint, I would absolutely pass on Dallas at that price. The Stars can be a playoff team and even a Stanley Cup contender next season, but there are so many loaded teams with young rosters on the rise in an adamant Western Conference from top to bottom are teams that could run right past Dallas. The Stars will have to contend with St. Louis, Colorado, and Winnipeg within their own division. Simultaneously, Vancouver, Calgary, Arizona, Edmonton, and Vegas are all likely playoff teams in the West from the other division. Someone has to fall and get knocked out. The Stars could be that team to fall down the standings possibly and maybe out of the playoffs entirely next season.

What are the odds on Dallas to win the Stanley Cup in 2021?