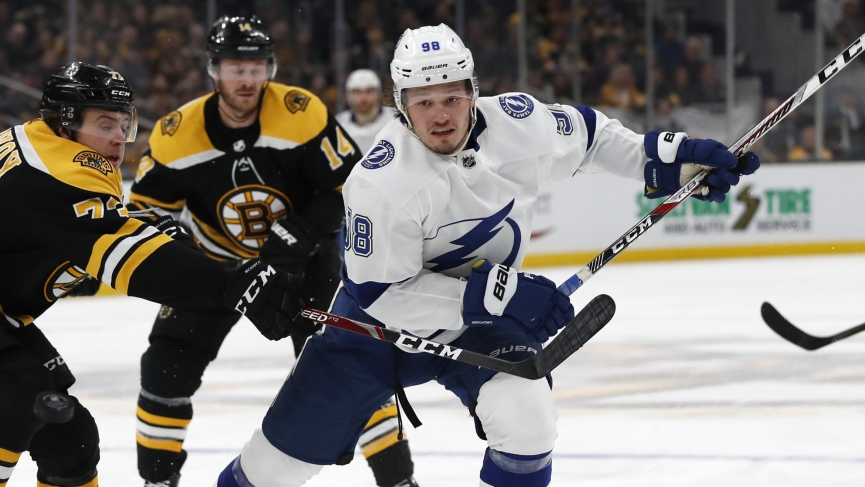 We haven’t seen many examples in the last decade from the Boston Bruins where they are clearly the second-best team on the ice in a playoff series. That has been the story through here against the Tampa Bay Lightning in the first four games of this series. Now the Bruins have their backs against the wall and facing elimination trailing 3-1 entering Game 5 on Monday night. Boston’s one victory in this series was in Game 1 and it wasn’t even all that terrific of performance from them.

The Lightning outshot the Bruins and had more high danger scoring chances in the game but couldn’t find a way to put enough pucks past Jaroslav Halak in that 3-2 loss to the Bruins. From that point forward though, Tampa Bay has won three straight games and they largely outplayed the Bruins in each game. Boston has had a tough time keeping the puck and playing in the offensive zone allowing Tampa Bay to dictate the terms as the Lightning who have been the team spending more time in the offensive zone and forcing Boston to have to defend for extended periods.

Boston continues to struggle to get any sort of secondary scoring outside of their vaunted top line of Patrice Bergeron, David Pastrnak, and Brad Marchand and that is a problem that must be solved. In the first round against Carolina, the Bruins second line featuring David Krejci and Jake DeBrusk made a massive offensive impact but that line hasn’t been able to duplicate that same level of success here against Tampa Bay. 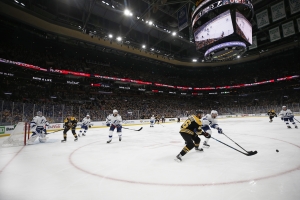 There is a lot more belligerence and truculence in this year’s playoff edition of the Tampa Bay Lightning and they are a better team because of it. Tampa Bay made a point of it to go out and get some more grit, toughness, and players that were harder to play against for the purposes of the playoffs.

They signed veteran physical defenseman Zach Bogosian. They added Barclay Goodrow and Blake Coleman at the trade deadline as well—two players who can chip in offensively and don’t mind getting involved in the physical side of the game. The Lightning was criticized as soft and too easy to play against when they got swept by Columbus in the first round of the playoffs last season.

That isn’t the case now. The Lightning has a lot more push back in their team this season and they have the perfect blend of skill, speed, talent, toughness, and grit. This shows the rest of the teams vying for the Stanley Cup that they will be a major force to be reckoned with the rest of the way. Ondrej Palat is the red hot sniper at the moment for Tampa Bay as he’s scored four goals in the last three games and has six points in this series. It would be worth it to look at betting some Palat goalscorer and total points props in the near future starting here in Game 5.

The Tampa Bay Lightning just appears to have too much going for them right now and looks to be too good for the Boston Bruins. There is always the potential for a team with the experience of being in a ‘must-win’ game in the playoffs like Boston to rise up and do enough to stay alive. I haven’t liked their game in this series nor the way their body language came across after the Game 4 loss almost like a team that had already been knocked out of the playoffs.

Boston isn’t matching Tampa Bay’s offensive depth right now. The Lightning blue line has been better and Tampa goalie Andrei Vasilevskiy has significantly outplayed his counterpart Jaroslav Halak for the Boston Bruins who have struggled mightily in the past two games with 4.71 goals-against average and a save percentage of .833 in Games 3 and 4 combined.

He has given up at least one or two bad goals in the last few games and one has to wonder if the Boston team confidence in their goaltender has been shaken. I am going to be on two bets in this game. I like Tampa Bay to end the series here in five games with a win. It only took their first shot at eliminating Columbus in the first round to get it done showing the killer instinct required to keep a team down and out when you have them in trouble.

I expect more of the same here. I also like this game to go Over the total of 5.5 as with this being an elimination game, you can expect a more aggressive offensive approach from the Boston Bruins and certainly a chance for a late goal-scoring explosion in this game with a potential extended empty net scenario in the 3rd Period.