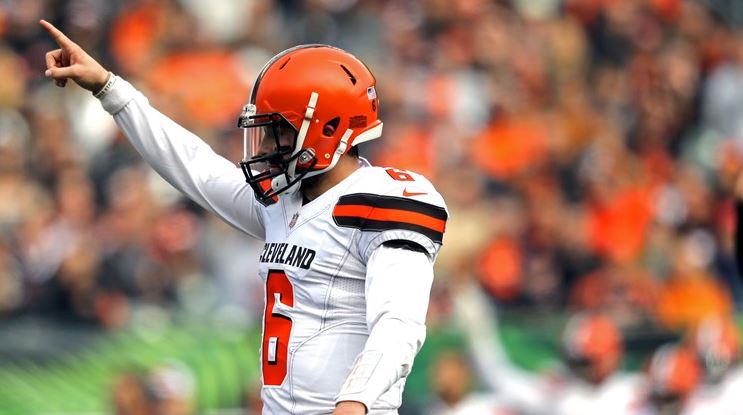 NFL Parlay Picks and Teasers – Week 13: Six weeks remain in the 2020 NFL regular season. We’ve not only analyzed every game on the board this weekend for our two-team money-line parlay and our two-team six-point teaser, but we’ve also cross-referenced each contest with some of the most vital seasonal trends pertaining to these two types of popular wagers.

Cleveland Browns from +5.5  to +11.5: Both teams are pushing for the playoffs. Cleveland comes to Tennessee having won three straight. The Browns have done well on the road this year, winning three of their last four away from friendly confines. Cleveland quarterback Baker Mayfield has 17 touchdowns and seven interceptions, but the Browns’ offense revolves around its strong run game. Nick Chubb leads the way with 719 yards and six touchdowns, but Kareem Hunt also compliments him. The Titans have split their last six games. Tennessee quarterback Ryan Tannehill has 23 touchdowns and four interceptions. Like their counterparts today, the Titans’ offense revolves around its run game, led by Derrick Henry, who has 1,257 yards and 12 touchdowns. Note that the Browns have gone 3-0 since their bye-week. Cleveland is also 3-1-1 against-the-spread the last five in this series, while Tennessee has struggled in this role, going only 2-5 against-the-spread in its previous seven as a favorite. With an added six points to its spread, we expect Cleveland to get the job done in the first part of our Week 13 teaser.

NY Giants/Seattle Seahawks OVER from 47.5 to 41.5: Both teams are in the hunt for a playoff spot. The Giants are hotter than they’ve ever been this season, having three in a row, most recently a 19-17 victory at Cincinnati. Giants’ quarterback Daniel Jones has eight touchdowns and nine interceptions. While the strength of New York has been on the defensive side this season (allowing just 23 PPG), that unit is going to be tested by the Seahawks offense, which is among the best in the league. Russell Wilson (31 touchdowns, ten interceptions) and Seattle’s offense have had to be good, as their once-vaunted defense is conceding a whopping 27.6 PPG. Finally, note that the total has gone over the number in five of these teams last seven against each other. With an added six points to the total, we look for this total to fly over the number sooner rather than later.

Remember, for our Week 13 parlay, we’re throwing the spread options out the window, and instead, we’re taking these two favorites on the moneyline.

Indianapolis Colts -185 vs Houston: The Colts are 7-4 and well on their way to punching a spot in the playoffs, but they’ll be out to atone for last week’s 45-26 home loss to Tennessee. Colts’ quarterback Philip Rivers has 16 touchdowns and nine interceptions while running back Jonathan Taylor has 518 rushing yards and four touchdowns. Despite last week’s poor showing, the Colts’ defense is still the strength of the team, which doesn’t bode well for Deshaun Watson and the Texans, who will be playing this one without the services of Will Fuller V, who was suspended for the rest of the season for a PED violation (Fuller V leads all receivers for the Texans with 879 yards and 52 catches for three touchdowns.) While this is a money-line wager, it’s still significant to note that the Texans are just 1-5 against-the-spread in their last six versus clubs with winning records. No upset here; we look for Indianapolis to get back into the winner’s circle on the road this weekend.

New Orleans Saints -140 vs Atlanta: No Drew Brees? No problem! The Saints’ future Hall Of Fame quarterback is out with injury, but last week his replacement Taysom Hill and running back Latavius Murray both ran for two touchdowns in their commanding 31-3 win at Denver. Hill has plenty of weapons to support him, including Alvin Kamara, who leads the Saints with 585 rushing yards and eight touchdowns and receiving 646 yards and four additional touchdowns. The Falcons lost 24-9 in New Orleans just a couple of weeks ago, and while they bounced back to hammer Las Vegas 43-6 at home last weekend, note that it’s still just 4-7 overall, including only 2-4 at home. We expect Atlanta’s inconsistencies to continue, and we look for Hill and this dynamic Saints’ offense to earn their ninth straight win in this favorable matchup.

Keep it locked to Odds.com for all of your NFL betting needs for Week 13. The best current odds can be found at our NFL Odds Page. Stay tuned for plenty more Weekly NFL Picks throughout the season.