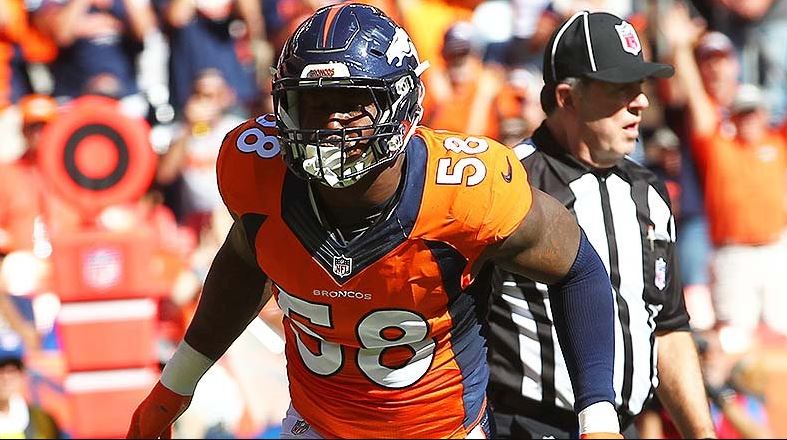 NFL Parlay Picks and Teasers – Week 11: The lines are getting sharper as we head down the home stretch of the NFL season. After carefully looking at every side and total on the board, we’re confident in our picks for both our two-team 6-point teaser and three-team money-line parlay in Week 11.

Denver Broncos from +3.5 to +9.5 at home against Miami: The Dolphins are doing better than most expected at 6-3 after Week 9, but we expect them to have their hands full in this difficult road venue. Tua Tagovailoa’s stats haven’t jumped off the page, as it’s been Miami’s defense which has been the difference maker most weeks. The Dolphins have hit a very favorable part of their schedule, with a game at the Jets up next. After five-straight victories though, regression seems imminent at some point for Tagovailoa and this younger Miami team. Whether it’s Brett Rypien or Drew Lock under center for the home side, with an added six points to their spread we look for the Broncos (who have gone 1-2 over their last three games despite posting 70 combined points), to deliver in the first leg of our 6-point teaser.

Green Bay Packers from +2.5 to +8.5 at Indianapolis: With a point-spread like this, clearly the oddsmakers feel these teams are evenly matched. Green Bay averages 30.8 points per game and it allows 24.9. Indy averages 26.9 points per game and it allows only 19.7. Both teams need victories to hold onto their division leads. Each features a veteran quarterback who enters in fine form. Note though that the Packers are 4-1 against-the-spread in their last five on the road and with an added six-points, we look for Green Bay to at the very least, comfortably sneak in through the back door down the stretch.

Remember, for our Week 11 parlay we’re throwing the spread out the window and playing both of these favorites on the money-line.

Pittsburgh Steelers (-525): The Steelers are 9-0 and the Jaguars are 1-8. With a game against the Ravens at home up next, Pittsburgh will be cautious to not look past Jacksonville today. The Steelers enter off a relatively simple 36-10 win over Cincinnati, while the Jaguars enter off their eighth-straight loss to the Packers by a score of 24-20. Ben Roethlisberger needs to be included in the Most Value Player talk at this point, as last week he had 333 yards passing and four touchdowns. Overall Big Ben has 22 touchdowns to just four interceptions and he’s been sacked only ten times. Pittsburgh averages 30.1 points per game while allowing just 19. The Jaguars are down to Jake Luton at quarterback, and he so far has 473 yards passing and two touchdowns in two games in relief of Gardner Minshew. The Jags though still average only 22.1 points per game, while allowing 30.1. The odds are against Pittsburgh to go 16-0 in the regular season, but we’re fully expecting this red-hot visiting side to continue its run for at least one more week in this favorable matchup.

LA Chargers (-450): LA averages 25.1 points per game and it allows 27.2. This is clearly not a recipe for success. The Chargers are just 2-7 and they won’t be in the playoffs, but this is a game in which they will feel that they can win. The Jets come in off a disheartening 30-27 setback against the Patriots (one which they had a double-digit lead going into the fourth quarter), and now they have to transition across the country to play this meaningless contest. Can anyone say letdown spot?! Whether it’s Sam Darnold or Joe Flacco under center for New York, we like Justin Herbert to take advantage of this shaky Jets’ secondary and to deliver the straight-up victory in the second leg of our three-team money-line parlay.

Kansas City Chiefs (-360): The Chiefs are 8-1 straight-up and 6-3 against-the-spread. Kansas City’s only loss occurred at home to these very Raiders in Week 5 by a score of 40-32. Since then, the defending champs have won four straight and gone 3-1 ATS. Most recently the Chiefs held on for a tougher than expected 33-31 win over Carolina, likely getting caught looking ahead to their bye-week. But with an extra week off to plan for this divisional revenge scenario, we expect the Chiefs to handle their business here. KC averages 31.8 points per game and it allows only 20.3. Derek Carr and the Raiders score 28.3 points per game, but they allow 26.8. Kansas City is a sizeable favorite in this matchup, and for good reason. However, we’re not playing the Chiefs on the spread, instead, we’re just relying on them to produce a straight-up win in the final part of our parlay in Week 11.

Keep it locked to Odds.com for all of your NFL betting needs for Week 11. The best current odds can be found at our NFL Odds Page. Stay tuned for plenty more Weekly NFL Picks throughout the season.