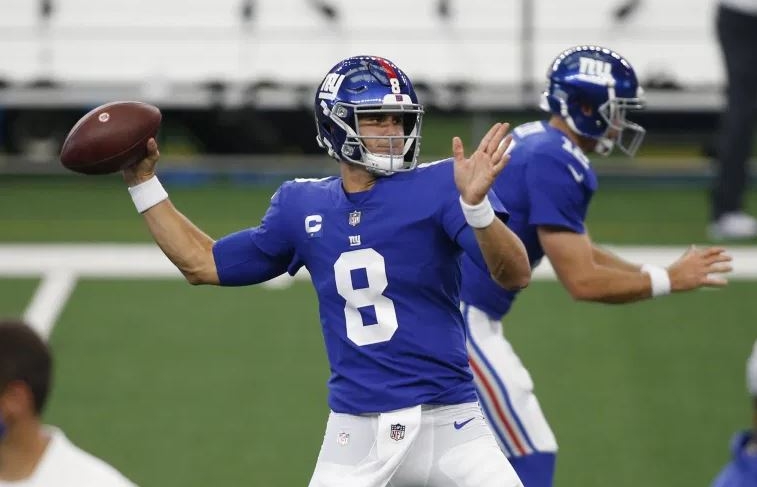 The NFC East Division is a horror show with the Dallas Cowboys getting destroyed by the Arizona Cardinals on Monday Night Football, and remain in first place with an embarrassing 2-4 straight-up (SU) record. The Philadelphia Eagles have won once while losing four games, including a tie against the Cincinnati Bengals. The Eagles trail the Cowboys by a ½ game in the standings during the Washington Football Team, and New York Giants sport 1-5 SU records and trail by one game. So, a win by any of these inept teams would vault them into a tie for first place.

Are the Eagles the Best of the Worst?

In light of how badly the Cowboys played in a 38-10 SU loss to the Arizona Cardinals, any of the four teams can win the NFC East with a losing record. The Eagles tied the Cincinnati Bengals in Week 3 when head coach Doug Pederson opted to play for the tie and not the win. However, that decision to avoid a loss at all costs looks to be prophetic now.

The Eagles are a terrible team, and any win is significantly magnified in the NFC East standings. None of these teams are poised to rip off three or more consecutive wins and when they meet against a divisional foe earning a win is akin to winning 1.5 victories. The good news is that the Eagles are 5-0 SU and against-the-spread (ATS) in Thursday Night games under Pederson. Two of the five wins have been against the Giants, who are the opponent this Thursday.

The Eagles have endured so many injuries that they fail to stack up against any opponent right now. Running back Miles Sanders, tight end Zack Ertz, offensive guard/tackle Lane Johnson, and offensive tackle Jack Driscoll are unlikely to play in this game. Ertz is listed as ‘OUT’ as of Tuesday morning due to the high-ankle sprain he suffered in the loss to the Ravens that will require at least four weeks to heal.

The Eagles starting wide receivers DeSean Jackson and Alshon Jeffery remain listed as questionable, and even if they do play, their overall effectiveness is unknown. The most massive personnel problem is having seven offensive linemen on the injury list or injured reserve and how best to plug new linemen into the lineup.

The Value of the Short Week

A scheduled game on Thursday Night forces NFL teams to execute more straightforward game plans. For the Eagles, this is a blessing given all the inexperienced backup players now put into starting roles. A simplistic game plan is what the Eagles need immediately to stop making many mental mistakes contributing to their losing ways. After this game, the Eagles have the Cowboys coming to town and then will play these Giants again in the Meadowlands. The Eagles must win all three games because the schedule gets rough, facing five consecutive teams with winning records. The Eagles’ current form would not win any of those five games, but a 6-10 record might win the division crown if they hold the bulk of the tie-breakers.

Turnovers will determine the Game

This betting system underscores the importance of turnovers that determine the outcome of a football game. The betting system has earned a solid 56-45 SU record and 62-33-6 ATS record, good for 63% winning bets over the last five seasons. There are three simple requirements for this system.

Bet on road teams when:

Take the Giants +5 (+100 via  FoxBet) as a Best Bet: The machine learning models project that the Giants will gain a minimum of 5.3 yards-per-play (YPPL) and gain more YPPL than the Eagles while scoring at least 20 points. In past games in which the Giants met or exceeded these measures have earned a 66-22 SU record and 68-20 ATS record, good for 77% winning bets over the last ten seasons. When these measures combine with the Giants installed as a road dog, the record improves to 13-1 ATS for 93% winning bets that covered the spread by an average of 12 points.