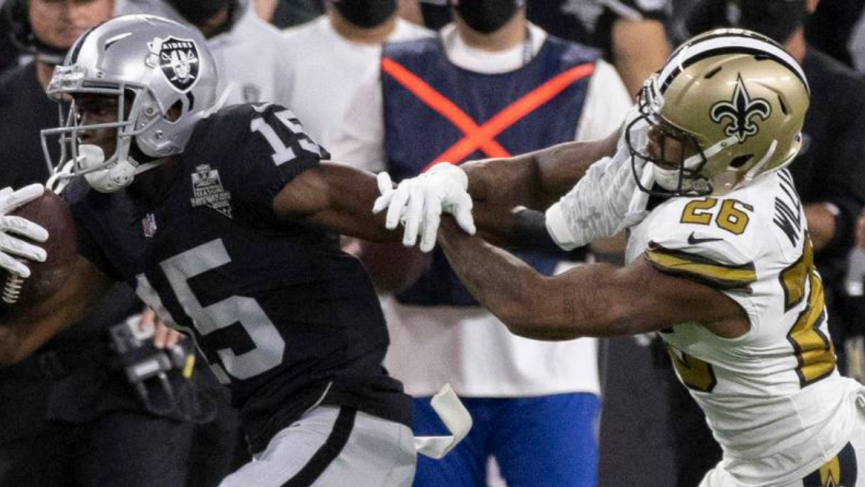 Odds.com’s Las Vegas Raiders vs New England Patriots pick for NFL Week 3: Las Vegas Raiders are 2-0 so far this season and the Patriots are 1-1. Patriots host the Raiders on Sunday, looking to redeem themselves after a brutal Seattle loss.

The Las Vegas Raiders are off to an impressive 2-0 start, covered the spread in each game, and with the ‘OVER’ winning the money in both games. The new-look Patriots are 1-1 and are coming off a tough road loss in Seattle. They are 1-1 ATS covering in their Week 1 win over the Miami Dolphins and losing in Week 2 to the Seattle Seahawks 35-30 as 4-point road underdogs.  This will be a major test for the Raiders, who will be traveling across the country to visit Gillett Stadium and Cam Newton-led Patriots, who are favored by 5.5 points. 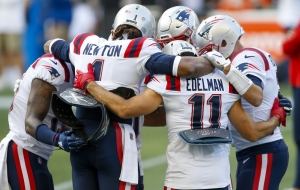 This is an intriguing line and the public has been betting the Patriots all week long. Of the bets placed 65% of the spread tickets, but 38% of the money is on the Patriots. The larger bets are being made on the Raiders with 35% of the spread bets, but 62% of the total take. This makes the Raiders a contrarian type of play based on these betting flows reflecting a bit too much exuberance by the betting public for the Patriots.

Gillett Has No Fond Memories for Gruden

It has been 19 years since Jon Gruden was head coach of the Raiders and lost 16-13 in a highly scrutinized playoff game in Foxborough. Late in the fourth quarter, it appeared that Tom Brady, who at the time few people knew his name, had fumbled the ball. Upon further review, the official reversed the decision and scored it as an incomplete pass under the obscure “luck rule”. For Jon Gruden that single play has never faded in his memory since his Raiders had control of the game and were winning.

Are the Raiders Contenders?

The Raiders have the personnel on both sides of the ball to be contenders for a playoff berth. They are coming off a home win installed as an underdog against a perennial playoff team in the New Orleans Saints. However, the Raiders are a money-burning 3-16 against-the-spread following a home win as an underdog since 2010. This trend by itself is not very meaningful if the present Raiders are a winning record team. That trend evolved over a period of losing seasons. So, always be careful when looking at specific team trends.

The good news is that the Raiders are a solid 19-8 ATS for 70% winning bets coming off a dominating win that featured 34 or more minutes in time-of-possession and 24 or more first downs. Further, head coach Jon Gruden is an outstanding 22-9-1 ATS as a road underdog of 3.5 to 7.5 points in all games he has coached.

The 2019 season saw far too many check down passes by QB Derek Carr. There were 156 short right, 140 short middle, and 120 short left pass attempts for a combined total of 416 pass attempts. Carr attempted 513 passes and completed 361 for a 64% completing percentage. However, only 19% of his passes thrown were beyond 20 yards and that allowed defenses to bring safeties closer to the line of scrimmage to stop the run and blitz Carr.

In 2020, the Raiders have not looked for the deep ball and have an offensive scheme designed to minimize mistakes and move the chains in a physical style of play. This will open more play-action pass plays because the Raiders’ ground attack must be respected by opposing defensive units.

Take the Raiders plus the points as a Best Bet.