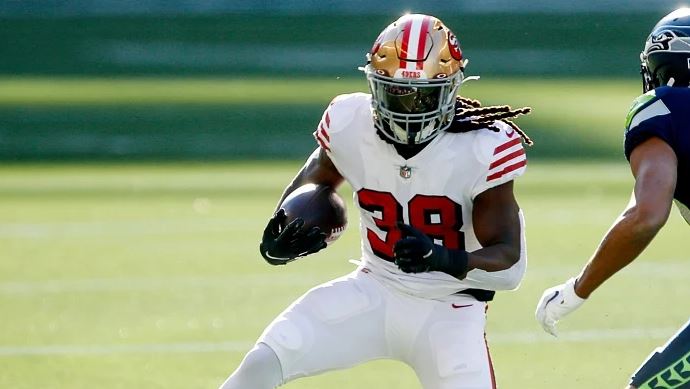 Green Bay top running back Aaron Jones is questionable with an injury, and if he doesn’t play, Green Bay would be down to their fourth-string running back as AJ Dillon, and Jamaal Williams will both miss the game due to Covid-19.

San Francisco has suffered plenty of injuries throughout the year, especially on defense. The offense is suffering injuries now as the 49ers will be missing starting quarterback Jimmy Garoppolo and pro-bowl tight end George Kittle who were both injured against Seattle. Backup quarterback Nick Mullens has seen action in four of the 49ers eight games this year, including starting against the Giants and Eagles in weeks three and four. Statistically, he has held up well this year, completing 70.4 % of his passes and averaging a solid 8.7 yards per pass attempt. Of course, he has been in better situations in recent weeks as this time, he has no Kittle, and San Fransico will also be missing other playmakers thanks to Covid-19.

On top of injuries, Covid-19 has also impacted San Francisco as wide receiver Kendrick Bourne tested positive and will miss the game. San Francisco’s top receivers Deebo Samuel and Brandon Aiyuk, and starting tackle Trent Williams will also miss the game due to being close to Bourne. San Francisco, therefore will be without their quarterback, tight end, top two running backs, top three receivers, and two-fifths of their offensive line.

The line on Green Bay has kept going up as they opened -2.5/-3 and are now up to -7. It’s hard to take San Francisco because of their injuries and Covid-19 impacting their team. Green Bay has plenty of motivation, having been blown out twice by San Francisco last year. Nevertheless, the number is gone to bet Green Bay. My lean would be ‘under’ 48.5 as it is possible to run on Green Bay which San Francisco has previously proven. Considering their situation, I would expect them to shorten the game and keep Aaron Rodgers off the field.

Keep it locked to Odds.com for all of your NFL betting needs for Week 9. The best current odds can be found at our NFL Odds Page. Stay tuned for plenty more NFL Week 9 Picks throughout the season.