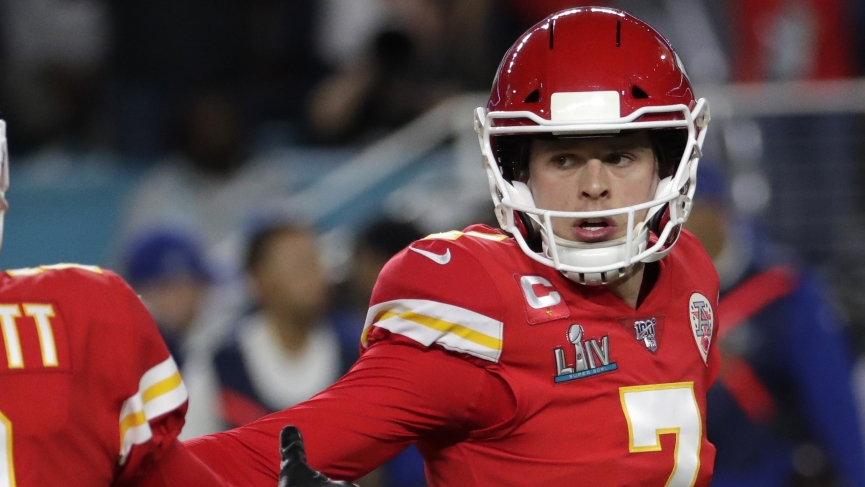 KC fresh off of that impressive Lombardi Trophy victory over the San Francisco 49ers looks to have all the right pieces in back place for another chase. The Texans, on the other hand, have always been one of the teams that at the end of the day has you saying, did that really just happen? Let’s see what blundering Bill O’Brien has in store for the Houston faithful for the 2020 season and take a look at Chiefs vs Texans predictions for this season opener.

Chiefs vs Texans: The offseason

Let’s start this off with the Texans. Probably the 2nd biggest story of the offseason and most realists would have to agree here, is the fact that DeAndre Hopkins was traded to the Arizona Cardinals. My reaction to this in four words. ARE YOU KIDDING ME!

Unfortunately for Texan fans, this is exactly what happens when you let a head coach that can’t make good choices for his team becomes the General Manager. It also shows even more incompetence to rid the team of their best offensive weapon outside of QB Watson, SMH. The ultra-talented receiver is Arizona bound and Murray is going to have a field day with Fitzgerald, Kirk, and Hopkins at wide receiver.

The Texans in 2019 were dead last in the league allowing 6.1 yards per play defensively. They went out and used their 1st and 2nd picks to try to help fill the void here and in rounds 2 and 3 acquired Pick #40 Ross Black DT from TCU and Pick #90 DE Jonathan Grenard from the University of Florida. Both are really solid and should add some much-needed depth. Notable signings also: Brandon Cooks WR, David Johnson RB, and Vernon Hargraves CB. 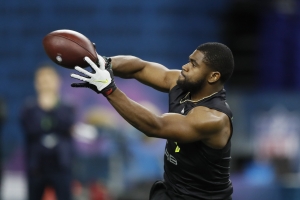 The Chiefs were still trying to fill that void left open with the abrupt dismissal of Kareem Hunt. With the 32nd pick in the draft, the Kansas City Chiefs select Clyde Edwards-Helaire, running back from LSU. Not a huge shock here as far as the position, while pundits were thinking other RBs on the board would go 1st, I hit the draft prop for him as the 1st RB taking in the draft and I loved that KC nabbed him. He will be the perfect fit for that offense.

A versatile RB in so many ways. Running, catching out of the backfield, small, quick, and has all the intangibles. Even so, the rookie has yet to take an NFL game time snap, just the thought of sprinkling him into that already lethal quick-strike offense will be something to see. He was the only player in the history of the SEC to rush over 1000 yards and have 55 catches in a season.

KC seems to have issues getting behind early in games. The defensive seems to lag, not making those timely adjustments that happen normally early on. After a few possessions by opposing teams is when the defensive coordinator would change things up by plugging the holes and making moves.

Last year they hired veteran coach Steve Spagnulo as their defensive coordinator. Even with his experience, something was still missing. Overall the defense is not a bust, ranking 7th overall in 2019. After 1 year in a new system, things will more than likely improve. KC’s offense is their best defensive, not normally the best scenario, but it finally got Andy Reid his 1st championship ring.

Chiefs vs Texans predictions – The matchup

The game opened up at -10.5 and 56 on the total. Do I bet on games that are being played in September in July? Not exactly but can we talk intelligently about the game based on what we know right now? Absolutely.

KC is the pricey chalk and for good reasons. A couple of things to read into the prices here, #1, always remember that public money shows up on favorites and overs period. The Chiefs are the defending champions and should get that support closer to game time. That is not what is happening at this moment though, so let’s see what is happening here.

Can The Texans Get More Wins This NFL Season?

The winner of the last 10 Super Bowls are 10-0 starting off the next season in the 1st game as the defending champions. Not a bad stat, right? Does that cash the ticket, not exactly? This game sits currently at -10 and 55, showing public money taking the points with the Texans.

A public dog is not exactly love at first sight for me early in the season but may have some value, maybe… Let’s look at the total. As I mentioned earlier, the Texans have the league’s worst average yard per play at 6.1 and allow 24 points per game. The Chiefs D finishing up 2019 yielding close to 20 points per game. The perception here is that KC is a juggernaut that scores a ton of points quickly. Let’s not forget that last year in this same scenario, the Chiefs were at home vs the Texans and lost the game. In KC’s 1st 5 home games in 2019 they lost 3 times and won the other 2 games by 3 & 5 points in closely contested games.

Let’s have a look at KC’s 1st 5 home games and the total points scored respectively:

As far as picking a side goes, there is some sharp and public money on the Texans. It’s a lot of points to give up. Look for both teams look to step it up on DEFENSE in the early going here and set the tone. The KC offense will hit their stride at some point. No comfort in laying the wood or taking the plus side points here.

See you on the Field,
The Big Ragoo