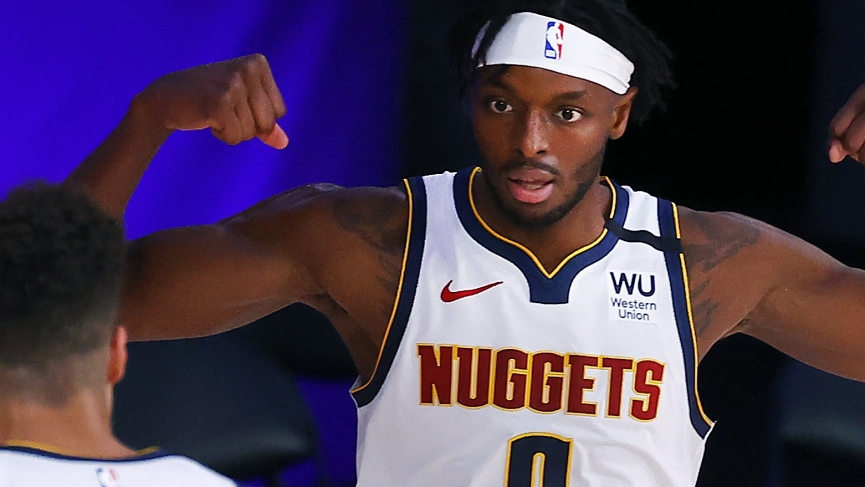 We will be breaking down my Utah Jazz vs Denver Nuggets pick. Utah is an injury-riddled squad heading into today’s game against Denver and there it is far from a certainty they will get any of those players back. Mike Conley, Donovan Mitchell, and Royce O’Neale are all questionable to play today against the Nuggets and of course, the Jazz continues to be without their second-leading scorer Bojan Bogdanovic who is out for the season.

Utah has a thin bench and not as much depth as some other teams and that combined with the cluster injuries and playing on the second consecutive day after losing to the San Antonio Spurs by a score of 119-111 yesterday. It’s quite possible we see a very sluggish and lethargic Utah squad given what is a very difficult and tough scheduling situation for them this afternoon.

‘Golden Nuggets’ Of News On The Injury Front For Denver?

The Denver Nuggets have been playing shorthanded for multiple games throughout the NBA restart in Orlando but there good be some ‘golden nuggets’ of information and good news on the injury front for Denver heading into this game. Denver has managed to keep their heads above water starting out 2-2 SU in their first four games in spite of all the absences and not having guards Jamal Murray (left hamstring) and Gary Harris (right hip), as well as forward Will Barton (right knee) for the last four games. 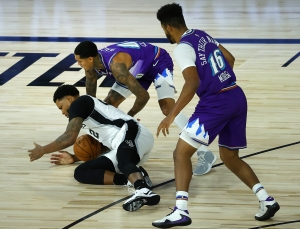 Forward Paul Millsap sat out for rest purposes on Thursday but he should be back in the lineup for the Nuggets today. With all those starters sidelined, Nikola Jokic has stepped up big as the Nuggets center has registered multiple games with 25+ points and double figures in assists while Michael Porter Jr. has filled the void and emerged with the increased amount of playing time and has been an offensive force for Denver.

Nuggets head coach Michael Malone called out his team after an ugly blowout loss to the Miami Heat in their first game during the restart and since then, Denver has battled in each game-winning in OT against Oklahoma City and knocking off San Antonio before falling just short down the stretch in a loss to the surging Portland Trail Blazers. The Nuggets have shown the ability to still put a very competitive and hardworking basketball team on the court despite all the injuries and this could be the first time where they can say they might be healthier than their opponent going into a game.

Not only is Denver in a more advantageous scheduling spot here than Utah who is battling cluster injuries and playing on the second day of back-to-back games but the Nuggets still have plenty at stake as they trail the #2 seed in the West the Los Angeles Clippers by just a game and a half. The 2nd seed is still within reach for Denver and winning this game would go a long way to keeping them alive in the battle for that spot.

Denver provided the right response to their first loss in the bubble against Miami by bouncing back and defeating the Oklahoma City Thunder and I expect another good response from them after their loss to the Portland Trail Blazers on Thursday night. I’ll lay the small ML price of -120 with Denver to pick up the win.