Philadelphia 76ers Prediction – Over 4.5 wins in the Orlando Bubble 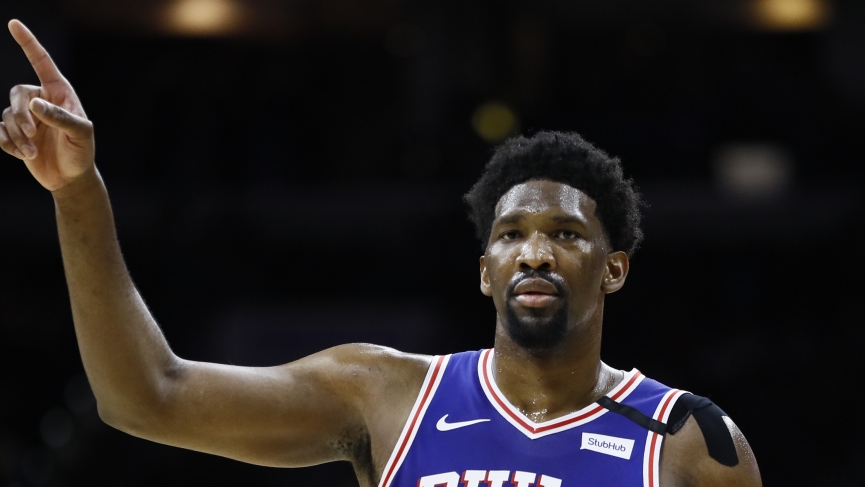 Let’s get the betting started by breaking down my Philadelphia 76ers prediction now that they are back at full full-strength. Philadelphia was arguably helped by the stoppage of play more than any other team. Both their stars were nursing injuries, and Ben Simmons was slated to miss a significant amount of time. The team was disjointed and not playing well at all, sinking further in the standings as the season progressed.

Joel Embiid has had time for his hand to recover and Ben Simmons has had plenty of time to rehab his ailing back. Josh Richardson was an excellent pickup in the Butler trade, as he provides defense and excellent 3 pt shooting. Matisse Thybulle was a fantastic draft pick. He is one of the best rookie defenders in the last 5 yrs. Thybulle provides key defense off the bench, which is crucial. Oftentimes, players don’t get minutes because of weak defense.

To bring an energetic skilled defender off the bench is a luxury most teams do not have. With a deep, defensive-oriented rotation, the Sixers have all the tools to make a run in the East. The 76ers were a team that many thought would make the Finals in the preseason, but a disappointing regular season marred by inconsistent play has tampered expectations for this team. Expectations aside, this is still one of the strongest rosters in the NBA, and a serious contender for the Eastern Conference Finals.

Another cause for joy in Philadelphia is the schedule that the NBA handed them for the bubble. The Sixers have arguably the easiest schedule. They open the bubble with a crucial game against the Pacers, who sit one seed ahead of them in the East. They follow that up by playing the Spurs, Wizards, Magic, Trail Blazers, and Suns. I don’t expect any of these teams to make the playoffs so this 5 game stretch pits them against the bottom tier of the NBA bubble.

They finish the season against the Raptors and the Rockets, so they most likely will play 3 teams entering the playoffs in their eight games. This kind of scheduling quirk gives us reason to believe that Philadelphia will look like a team with a legitimate shot to be going into the Eastern Conference Finals. With the schedule, this easy, Philadelphia will have one of the highest net ratings going into the playoffs and probably one of the best defensive ratings of all the bubble teams.

It’s all about the D

The Philadelphia 76ers had the sixth-best defensive rating in the league before they shut down. This is important because the old maxim “defense wins championships” still rings true. The Toronto Raptors last year rode Kawhi Leonard’s ability to get stops in the Eastern Conference playoffs. Even in completely different circumstances in the bubble, one fact remains the same; the ability to get defensive stops will decide the winner in the East.

Philadelphia has a great chance to be that team if they can combine some offensive acumen with the defensive temerity that they have shown so far this season. Joel Embiid provides elite rim protection. Ben Simmons is a force on the perimeter, whether locking up his man individually or roaming the passing lanes in order to get steals that translate directly into fast breakpoints. Philadelphia’s sweet schedule will give them a great chance to get back on track and gain their confidence. Ironically, their main concern could be a lack of top-level competition by the teams put in front of them during the 8 game prelude to the playoffs.

I believe that a sharp bet is to take the Philadelphia 76ers over 4.5 for their NBA bubble season win total. The defense is consistent and does not waiver in effectiveness from game to game as offensive output can. Philadelphia got a generous bubble schedule to allow them to rack up wins and gain momentum headed into the playoffs. This team, that is talented enough to be in the Finals, has been put in a great position to set themselves up for a championship run. Therefore I am taking over 4.5 for the Philadelphia 76ers bubble regular-season win total.