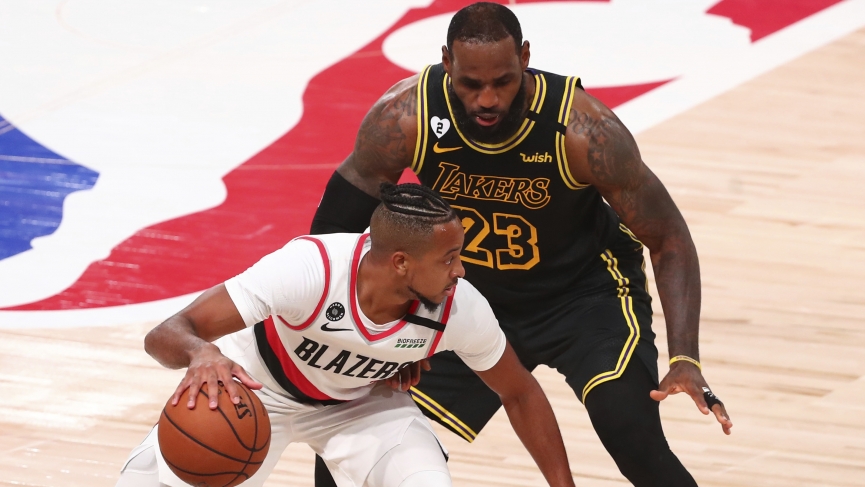 Trail Blazers vs Lakers pick is my play of the day for game 5 of this NBA series. The Lakers look to move onto the next round after tonight’s game 5 matchup between the Los Angeles Lakers and the Portland Trail Blazers. The Lakers hold a 3-1 series lead and would love to end it tonight. The Portland Trail Blazers are short-handed in this game though, as Damian Lillard has been ruled out for game 5. He is home in Portland getting his sprained right knee examined.

Don’t Take the Blazers For Granted 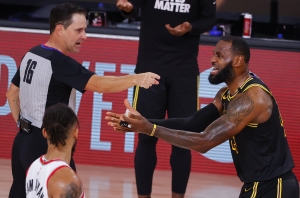 The Lakers are 1 win away from moving onto the next rd of the playoffs and they would love nothing more than to get that 1 win tonight. One of the main reason the Lakers only one game away from the next round is their defense. The Lakers have held Lillard and the Blazers offense to less than 110 points in 3 of the last 4 games. The Lakers and Anthony Davis are dominating the boards on defense which is taking away all of the second chances that the Blazers are used to getting.

Portland is ranked 3rd in offensive rebounds at 80.5 per game, but they way they are playing it looks like they are ranked 30th. For the Lakers it’s not just Davis, they also have Dwight Howard so even when Davis is out, the Lakers are still dominating the boards. That’s why the Lakers are ranked 2nd in rebounds per game because they dominate the boards on both offense and defense.

With the Lakers being fully rested since they haven’t played since Monday, I expect the Lakers defense to come out strong and alert. They are not going to let any easy baskets this game. They want to win this game and have another couple days off before round 2.

Winning This One For Lillard

On the other side of the ball, we have the Portland Trail Blazers. They will be playing without Lillard in this one and boy are they going to miss him. Lillard was not only the Portland MVP, but he was the MVP of the entire bubble. The Trail Blazers are going to miss Lillard big time. He was their number 1 scorer averaging 30 points per game. Portland has 3 starters out now with Trevor Ariza and Zach Collins already being out. With those 3 scorers out of this game, I’m not sure where the Portland points are going to come from.

I almost took the Lakers in the game as well, but with the line being so high at 13.5 I’m going to just focus on the total. We also have RLM (reverse line movement) on this total and I love to follow that factor. The total for this game opened up at 223.5. The public is hammering the OVER, yet the line has dropped a half-point to 223. Well if the public loves the OVER at 223.5, why would Vegas make the total even better for them at 223? It’s because Vegas and RSP are on the same side and we are going to hammer the UNDER tonight.

Trail Blazers vs Lakers Key TRENDS for this game

Under is 4-1 in Trail Blazers last 5 games as an underdog.

Under is 4-1 in Lakers last 5 Conference Quarterfinals games.

So for this game, RSP is taking the Portland Trail Blazers/Los Angeles Lakers UNDER 223. We are 6-2 our L/8 article plays, so let’s keep it going today!