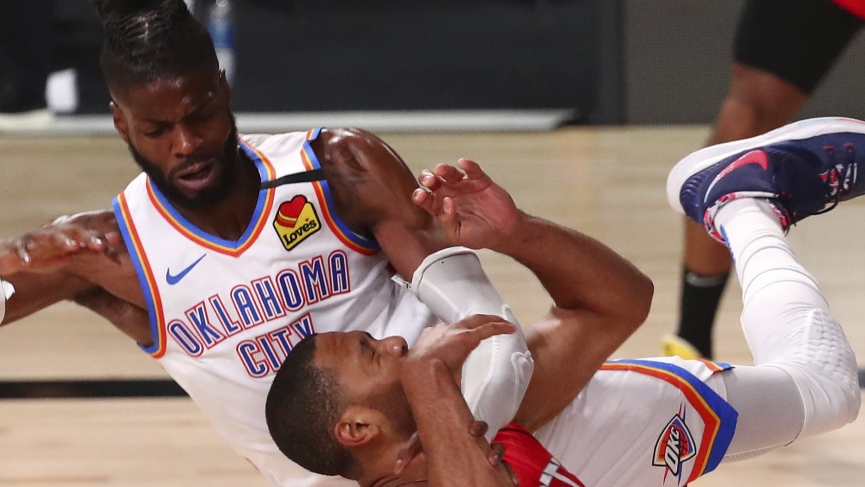 We have Rockets vs Thunder pick for game 3 of this NBA playoff series. The Oklahoma City Thunder are in a must-win situation as they head into game 3 against the Houston Rockets, down 2-0. Houston took game 1, 123-108 and they took game 2, 111-98. It will not be easy against a very good shooting Houston Rockets who have a commanding lead. The Rockets are going to try and end Chris Paul and the Thunder bubble chances.

If the Rockets take a 3-0 lead, it will be all most impossible for the Thunder to come back. The Rockets and the rest of the public think Houston is going to not only win this game, but they will win it EASY. NOT SO FAST though Rocket bettors. The Thunder can and will win this game, now let me tell you why.

Being 0-2 is old hat for the Thunder 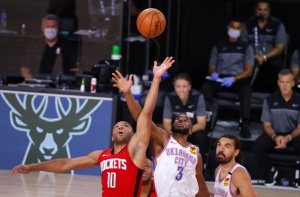 The Thunder have been in this situation before, down 0-2. The Thunder have won all 5 of their last 5 game 3’s when trailing 0-2 and that doesn’t change tonight. The Thunder knew they had to play better defense in game 2 after letting up 123 points in game 1 and that’s just what they did. They might not have won the game, but the Thunder definitely played better defense. I actually had an RSP Article play for game 2 on the UNDER in which we cashed, but in that article, I said why the Thunders defense would make changes because if they wanted any chance at winning they had to switch it up.

Well, they switched it up and held Houston to 12 fewer points. Steven Adams dominated the boards with 11 rebounds and I expect him to put more work together on his offense. He only scored 8 points, but he did shoot 4 for 4. The Thunder know if they want to win this game, they are going to have to feed him the ball more. When they do that, it will also make more space on the outside which will give Gallinari some wide-open shots. If the Thunder can get him going from the outside, this game will be over early.

Rockets have this one in the bag or do they?

On the other side of the ball, we have the Houston Rockets. They are looking to take a 3-0 lead and cruise into the 2nd round, but I say not so fast James Harden and company. The Rockets might have won the first two games, but today they lose. The Rockets were losing game 2 before they went on a 17-0 run in the 4th quarter. The Thunder fell apart and even the Rockets bench were joining in on the points parade.

We also have RLM (reverse line movement) on this line and I love to follow that factor. The line for this game opened up at Houston Rockets -3. The public is hammering the Houston Rockets, yet the line has dropped a full point. Well if the public loves the Houston Rockets at -3, why would Vegas make the line even better for them at -2? It’s because Vegas and RSP are on the same side and we are going to hammer the Thunder! Below are a couple of key trends that I like for this game.

Rockets vs Thunder TRENDS for this game

Thunder are 4-1 ATS in their last 5 Saturday games.

Thunder are 10-3 ATS in their last 13 games following a straight-up loss of more than 10 points.

Rockets are 1-4 ATS in the last 5 meetings in Oklahoma City.

So for this game, RSP is taking the Thunder +2 vs Rockets. We are 4-1 our L/5 RSP Articles, so let’s keep it going today!