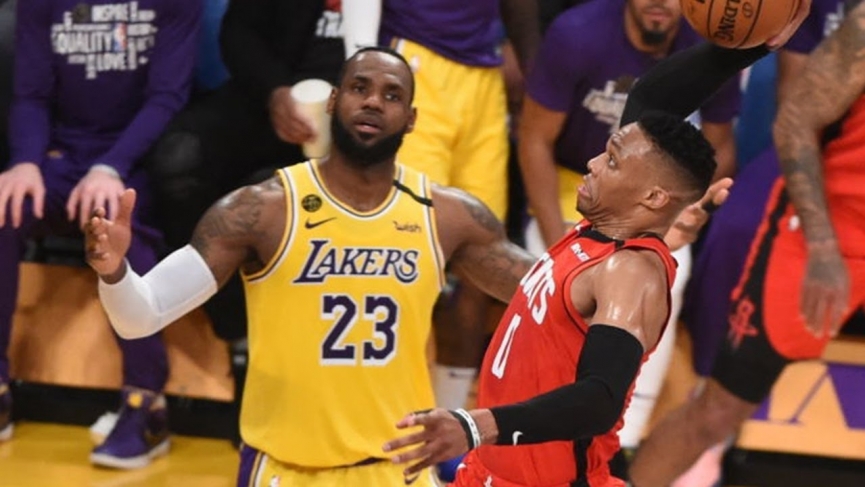 The round 2 matchup is set and boy do we have a good one. We have the #1 seed in the west, Los Angeles Lakers facing off against the #4 seed Houston Rockets. The Lakers won their first series easy with a 4-1 series victory over Damian Lillard and the Portland Trail Blazers. The Lakers lost game 1, 100-93, but they went on to win the next 4 games and eliminate Lillard and company.

The Houston Rockets had one of their toughest series in round 1. They faced an old teammate Chris Paul and the Oklahoma City Thunder. The Rockets won the first 2, but they let the Thunder crawl their wake back in by winning the next two and tying the series at 2. The series went back and forth and the Houston Rockets finally advanced by winning game 7 104-102. James Harden blocked a shot from the 3 point line to secure the first rd win in the final seconds.

Now the Houston Rockets have a quick turn around for game 1 of round 2, while the Lakers haven’t played since Saturday 08/29. That means there will be some advantages and disadvantages for both teams and that’s why I like this one so much, so let’s get right into it.

The Lakers coasted to a nice 4-1 series lead in round 1, but the real question is can they do it again against James Harden and the Houston Rockets? Lebron James knows this will not be an easy task, but you better believe that he will be 100% ready because he knows this is when the playoffs start getting real. One of the main reasons I’m looking at this game is because of how the Lakers’ defense ranks up against the Houston Rockets. The Rockets are #2 in points per game on offense, but the Lakers defense is ranked #4 when it comes to how many points they let up per game.

Rockets have some adjustments to do against the Lakers 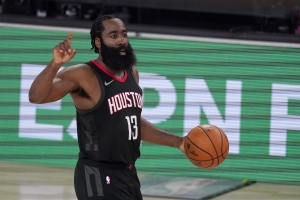 On the other side of the ball, we have the Houston Rockets. The Rockets love to shoot the long ball from behind the arc. Well in this series, it’s going to be hard for them to succeed in that category. The Lakers are ranked 7th on defense when it comes to 3 point percentage per game so they will not be giving the Rockets anything for free. The Lakers play good pick and roll defense and they switch off players when needed. With the Rockets just playing in a Game 7 on Wednesday, I expect the Rockets to be a little more sluggish in game 1, which will lead to them shooting from the outside instead of driving the lane.

The Rockets will also be limited to their 2nd chances as well that they are so used to. That’s because the Lakers are ranked #2 on defense when it comes to rebounds per game. So don’t look for the Rockets to have too many second-shot opportunities in this game as I see this being a low scoring game that will make the under ticket cash.

Rockets vs Lakers pick and RLM

We also have RLM (reverse line movement) on this total and I love to follow that factor. The total for this game opened up at 226. The public is hammering the OVER, yet the line has dropped to 224.5. Well if the public loves the OVER 226, why would Vegas lower the line to 224.5 and make it even better for the public? It’s because Vegas and RSP are on the same side and we are going to hammer the UNDER in this game. Below are a couple of trends I like for this game.

Under is 5-1 in Rockets last 6 games as an underdog.

Under is 9-2 in Rockets last 11 after allowing 100 points or more in their previous game.

Under is 7-2 in Rockets last 9 after scoring 100 points or more in their previous game.

Under is 7-2 in Rockets last 9 playoff games as an underdog.

Under is 6-2 in Rockets last 8 games following an ATS loss.

Under is 10-4 in Rockets last 14 when their opponent allows 100 points or more in their previous game.

Under is 5-2 in Rockets last 7 when their opponent scores 100 points or more in their previous game.

Under is 5-2 in Rockets last 7 games following a straight-up win.

Under is 10-4 in Lakers last 14 games following a straight-up win.

Under is 5-2 in Lakers last 7 home games vs. a team with a winning road record.

Under is 9-4 in Lakers last 13 when their opponent scores 100 points or more in their previous game.

Under is 11-5 in Lakers last 16 after scoring 100 points or more in their previous game.

Under is 4-1 in the last 5 meetings in Los Angeles.

So for this game, RSP is taking the Houston Rockets/Los Angeles Lakers UNDER 224.5 for Friday, September 4th, 2020.