Warriors Title Odds Skyrocket With Thompson Ruled Out for Season 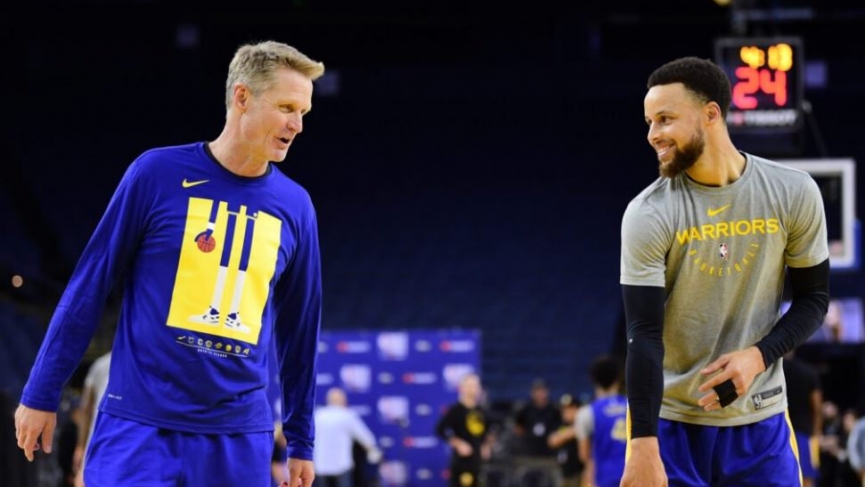 Warriors Odds Tumble After Klay Thompson Injury News: The Golden State Warriors have appeared in four of the last five NBA finals, winning two of them. However, they finished with just 15 wins in 65 games last season, which saw almost the entire Warriors starting rotation from previous seasons either no longer on the team, or miss extended time, if not the entire season due to injury. With news of Klay Thompson suffering another severe leg injury, the Warriors odds have skyrocketed, making them a 20-1 long shot to lift the Larry O’Brien Trophy in 2021.

Can the Warriors Come Out and Play? 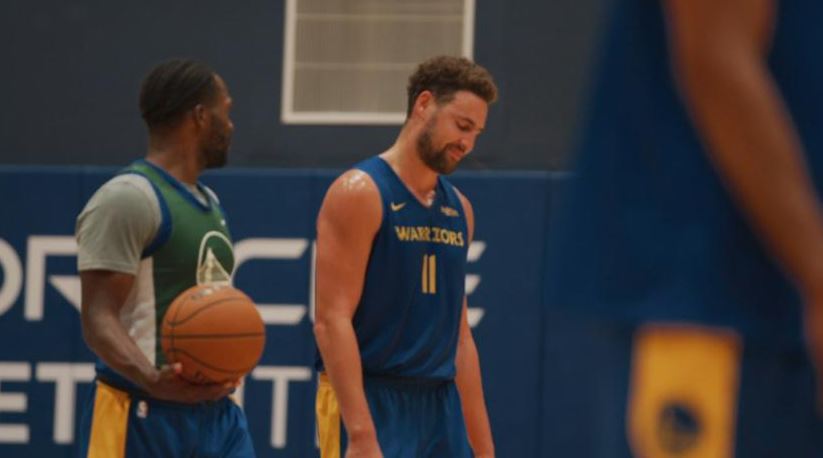 The Golden State Warriors didn’t come out and play last season but that was because of a series of events that truly conspired against them. The Warriors had been developing an NBA dynasty of sorts from 2015-2019 registering five consecutive NBA Finals appearances including two NBA titles but last season, the bottom fell out for Golden State. Kevin Durant bolted for Brooklyn in the offseason. Stephen Curry suffered a broken hand injury early in last season which sidelined him for 58 games. Klay Thompson was out for the entire season after the torn ACL injury he sustained in the 2019 NBA Finals against the Toronto Raptors, and injured his achilles over the off-season, and will not return until 2021/2022. 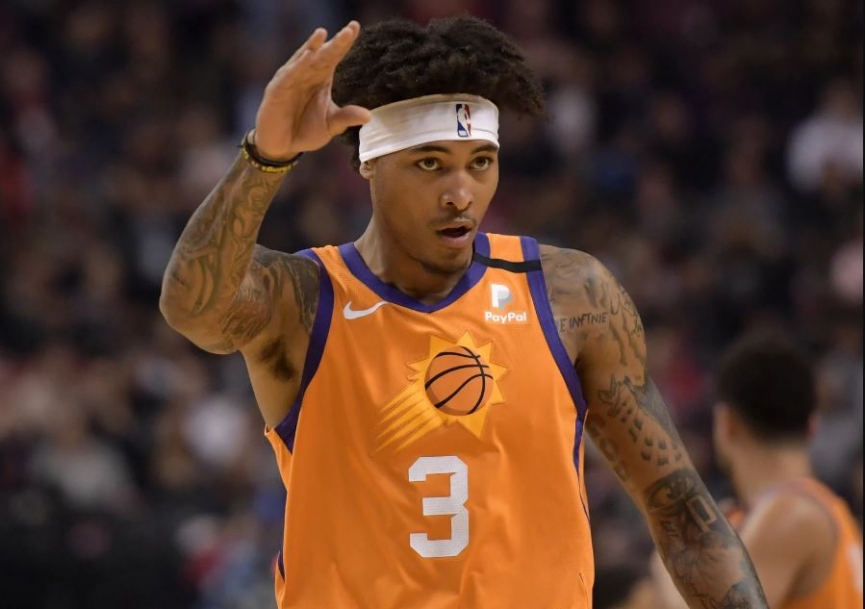 Draymond Green and Kevon Looney also missed significant parts of the season with injuries for Golden State. It was all too much to overcome. The team was an injury riddled and out of sync mess at both ends of the court throughout the season and not even a great head coach like Steve Kerr could put the right combinations together to generate better results. The Warriors fell all the way from the perch of being one of the elite teams in the NBA to finishing dead last at 15-50 SU in 65 regular season games.

Despite the atrocious SU record, Golden State was 31-34 ATS which ranked them 21st in the NBA in terms of their against the spread record. The timing was bad for a season that just completely crumbled for the franchise considering it was the inaugural season for Golden State playing in their new home at the brand new Chase Center in San Francisco which was supposed to produce an exciting and memorable season but their performance was certainly nothing memorable.

Golden State may not be too busy this upcoming offseason. The Warriors have no salary cap space available, and their second overall draft pick, James Wiseman, is likely going to put them in luxury tax territory. Golden State feels they can get themselves back to potential Western Conference and NBA title contender status this season with Stephen Curry healthy again.

Golden State is in a strong position to bounce back as they will have their roster intact and healthy, and many of the players that got extended minutes last season because of all the injuries will be bolstered by that experience and should lead to those players being better and more impactful in the upcoming 2021 season.

One of the bigge 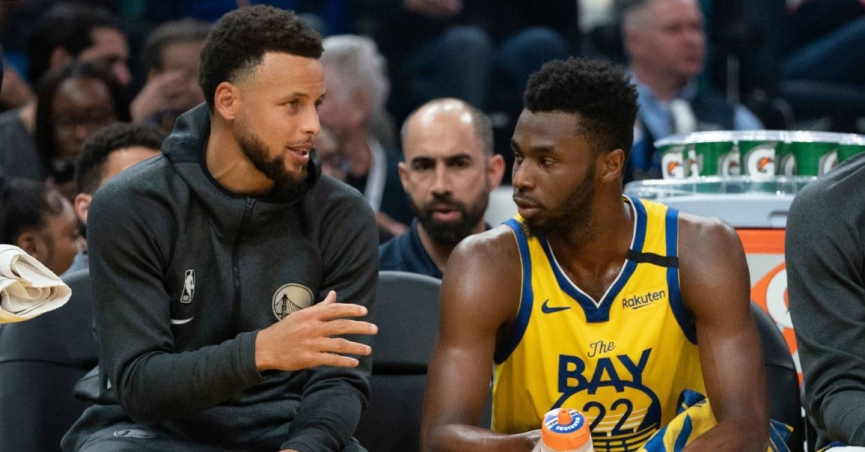 st questions for Golden State is what they do with Andrew Wiggins. Do they keep him or trade him? If they decide to keep him, will they be able to get Andrew Wiggins to take his game to another level? He failed to do something in Minnesota with the Timberwolves, but the Warriors traded D’Angelo Russell to Minnesota in exchange for Wiggins last season. If they trade him, it will free up more than 22 million dollars to spend elsewhere, and he’s pretty much expendable given that he has not been with the team long and was not part of any of the Warriors teams during their incredible 5-year run. Golden State surmised that Wiggins would be a great complementary player to go with Curry, Oubre jr. and Green, but the experiment couldn’t be proven to work because of the injuries suffered by the three stars last season. Does Wiggins stay or go, and if he stays, can he fit in with this team and elevate his play? That will go a long way in determining the level of success for this team. 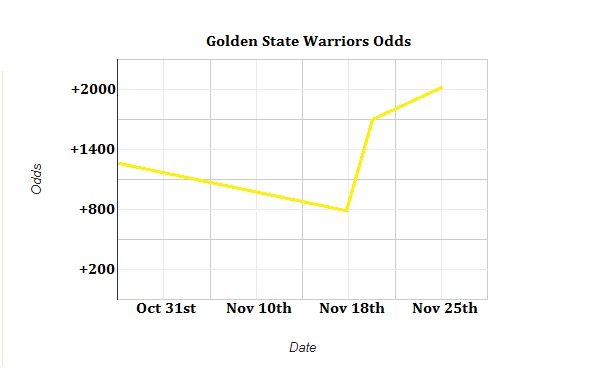 Golden State were one of the few teams that saw their odds improve after the NBA draft, but that didn’t last long. On November 19th news came out that Warriors star Klay Thompson tore his Achilles tendon, and would be out for the entire 2020/2021 season. The news sent the Warriors title odds tumbling into oblivion.  Sitting as high as +2000 at Bet365. 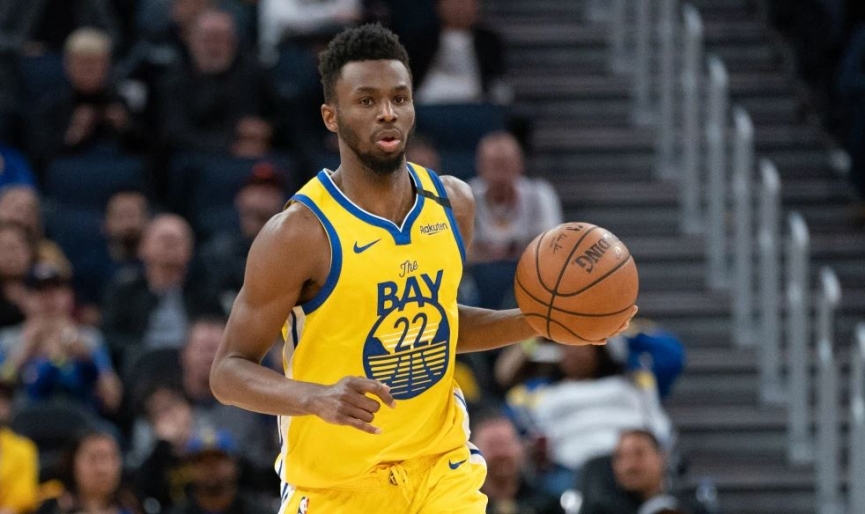 Golden State was 28th in points per game and 24th in points allowed per game last season and I would expect those numbers to skyrocket up, even without Klay Thompson. They should be an overall better offensive team, and they will also be a much improved defensive team as well, with the new cogs on the team like Kelly Oubre and rookie James Wiseman.

Golden State was 25th in the defensive efficiency last season but 30th dead last in the NBA in offensive efficiency. I think the offensive upgrades and improvement will be more dramatic, so I think this team could be a good team to bet Over the total in games next season.

It’s worth noting the last two championship contender editions of Golden State in 2017-2018 and 2018-2019 produced a combined 69-93-2 ATS record during the regular season. They were a money losing team and that’s why I predict that even with a much better Warriors team going into 2021, it may prove difficult for them to be a profitable team ATS this upcoming season.

What are the Warriors Odds to win the NBA Championship?

As of late November. Bet365 has the Golden State Warriors listed at odds of 20-1 to win the NBA Championship, and +900 to win the Western Conference Finals.

Raptors Odds Higher Than Expected Even After Retaining VanVleet