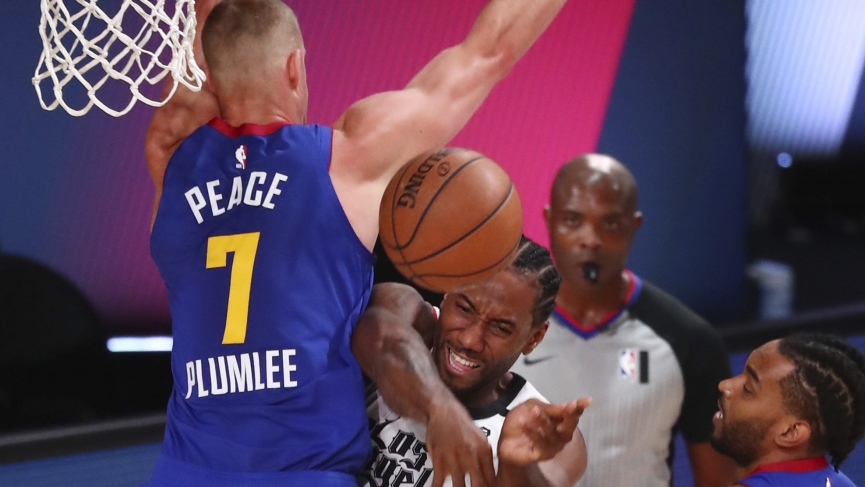 The Nuggets won their series in 7 games and the Clippers won their series in 6. Now the two teams meet up in the Western Conference Semifinals. The winner of this series gets to face the winner of the Lakers/Houston match up for a chance to win an NBA championship. The Clippers finished their series on Sunday night, while the Nuggets just played their game 7 on Tuesday night. That means the Clippers are coming off a couple of days rest and the Denver only had one. Jamal Murray’s words after game 7 “We play Thursday? We don’t get two days off? Man…Well, that’s a bummer”. So the question is, who is it going to affect more? Let’s get into it.

Nuggets have been working the court 24/7

The Denver Nuggets are coming off a huge game 7 win Tuesday night against the Utah Jazz 80-78. It was one of the lowest-scoring games for Denver in a very long time. Both teams looked tired at the end of the game and the pace was ridiculously slow. Jamal Murray carried Denver on his back and he is the reason they made it to this round.

In the first round, he had a big match up going against Donovan Mitchell, and in this series, he is going to have another big one. The Clippers bring Kawhi and company into game 1 off plenty of rest. If Denver is going to win this game, they are going to have to slow the pace down. The Clippers are ranked 4th on offense when it comes to points per game so if the Nuggets get into a shoot out they are going to get blown out.

Denver D is showing up tonight

The Denver D and Nikola Jokic will not let that happen. Denver match’s up well against the Clippers when it comes to rebounding. The Clippers are ranked #3 on offense for offensive rebounds per game and that is why they score so many points. They get a ton of second shot chances, but Denver’s defense holds its own every game. The Denver’s defense is ranked #4 in rebounds per game at 42.6 and I don’t see anything changing today. The Clippers will shoot their shots, but Denver will be there to clean up the mess and keep this a low scoring game by taking away their extra chances below the rim. 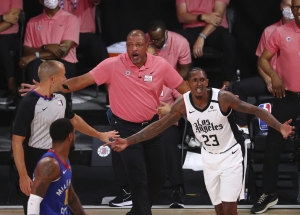 On the other side of the ball, we have the Clippers. They are coming off plenty of rest after beating the Dallas Mavericks in their first series 4-2. I mention the days of rest again because that is one of the main reasons I’m taking this game under the total.

The Clippers defense is very strong and with Denver not having extra days of rest, I don’t see Denver pushing strong and scoring a lot of points. The Clippers are a good offensive and defensive team. The Clippers are ranked 3rd on defense when it comes to field goal percentage per game. The Clippers force teams into shots that they don’t want to take and most of the time that is because the shot clock comes to an end.

We also have RLM (reverse line movement) on this total and I love to follow that factor. The total for this game opened up at 223. The public is hammering the OVER, yet the line has dropped to 222.5. Well if the public loves the OVER 223, why would Vegas lower the line to 222.5 and make it even better for the public? It’s because Vegas and RSP are on the same side and we are going to hammer the UNDER in this game. Below are a couple of trends I like for this game.

Under is 6-1 in Clippers last 7 games playing on 3 or more days rest.

So for this game, RSP is taking the Denver Nuggets/Los Angeles Clippers UNDER 222.5 for Thursday, September 3rd, 2020.