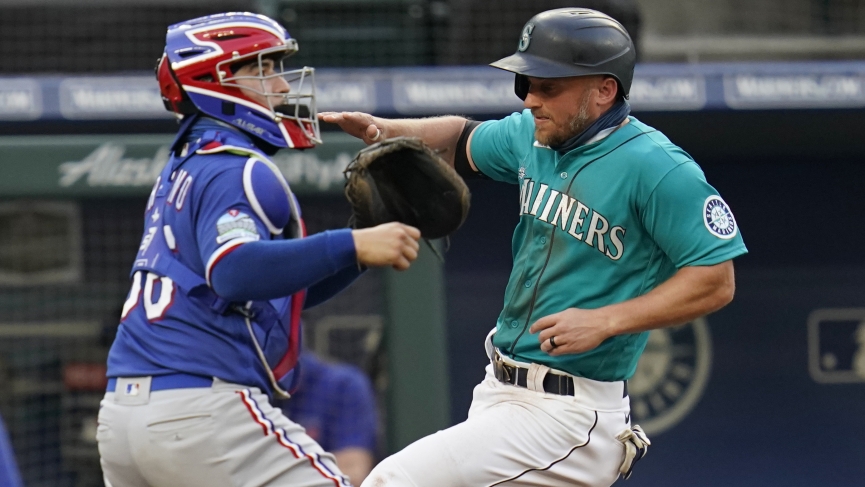 You wouldn’t think there’s much on the surface when looking at my Texas Rangers vs Seattle Mariners pick, but we’ve dug deep and found a nice edge with the Seattle Mariners. Justus Sheffield may have lifetime numbers that leave you shaking your head, but this year he’s been profitable, especially when at home. Kyle Gibson was touched back on Aug 10th for four runs y this Mariners squad and has not looked right since. Pull the trigger on the Seattle Mariners F5 -0.5 +100 @ DraftKings

Kyle Gibson can’t seem to keep the ball in the park, his past three games Gibson has given up 6 home runs, and nine walks. The longtime Minnesota Twin is yet to find his groove down in Texas. His numbers at T-Mobile Park are not to be trusted, Gibson has allowed eight home runs in his eight starts in 2020, and holds and an ERA of 4, and a WHIP of 1.50. J.P Crawford has a couple hits off Gibson is his short career, other than his bat, Seattle has a bunch of players with a very small sample size to work with. Im counting on the fact Gibson has not made any changes to his game allowing more runs and walks each time out.

Justus Sheffield had a rough time in 2019, breaking the hearts of many. 2020 Sheffield has mad a complete 360 degree turn around, posting a 4.75 ERA, and 1.31 WHIP. His numbers are continuing to drop each time Sheffield makes a start. The tricky throwing lefty shut down the Rangers lineup two weeks ago, lasting six innings allowing one run on six hits. At home is where Sheffield feels most comfortable, his FIP is below two, while he is yet to yield a home run at T-Mobile Park in 2020. Look for a smooth bounce-back performance from Sheffield, since only lasting four innings, and allowing six runs to the LA Angels. Texas continues to not capitalize on base hits, while their ISO Power tells you home runs are not their forte.

The Texas Rangers lineup is in free-fall mode, betting against this team for the rest of the year will bode well for your bankroll. Tonight we look to expose just how bad the Rangers are. In the past three weeks, exas is striking out at a 27 percent clip, bad news for the Rangers because Sheffield is striking batters out at a 20 percent rate at home. Texas struck out five times two weeks ago when they were smacked around 10-1 against Sheffield. Look for the Rangers struggles to continue, with little to no production coming for this offense. Our one player to watch is Isaih Kiner-Falefa, with nine hits and 1 RBI in his past seven games.

You can only look up from the basement cellar when talking about the Texas Rangers counterpart. Seattle can put up runs with the best of them, its keeping others in check that’s the challenge. In their six games faced the home team has won five of six, look for that trend to follow through tonight. Seattle can hit the long ball at a 21 percent rate, they can also hit for power.202 ISO and their OPS are consistently in the high 0.700’s. Kyle Gibson was lit up for four runs on nine hits back on August 10th and broke the streak of all the home teams winning this series. Texas is going to start getting priced in the high +190’s going forward, in my opinion, this price is a steal. Look for the Mariners to touch Gibson just like they did a month ago.

From our table above we can see right away, the Rangers bullpen has not been the issues, despite giving up three runs late to the Mariners last night. There are glaring red flags that come with their weak LOB%, take the LOB % out of the equation, Texas has a half-decent bullpen. This is why I want us to focus on what we know to expect from Kyle Gibson at T-Mobile Park, and that’s runs.

For the majority of the year, Seattle has had a sub-par bullpen, known to blow games late. This will not be the case tonight in my opinion, Texas has major issues hitting the ball, while Seattle has turned a corner recently at home. Focus your attention on our pitching discrepancy with Sheffield over Gibson. Best Bet for tonight Seattle Mariners F5 -0.5 +100