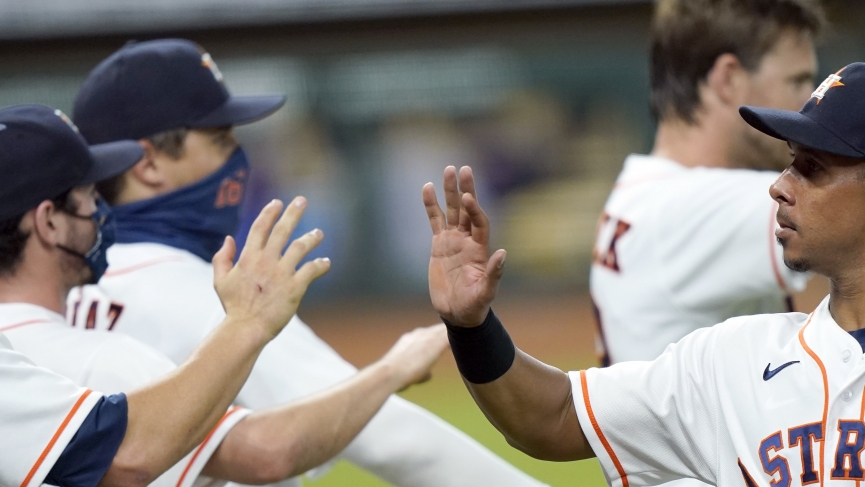 Don’t look now but we have two of the best pitchers in the AL dueling off this afternoon. Lance Lynn will have his hands full with a potent Astros lineup heating up as the days progress, while the Rangers are waiting for the 2020 season to come to an end. Zack Greinke gets the ball for the Astros, and we’ll be backing him against one of the worst lineups in baseball now that Odor and Santana are on the shelf. Best Bet Houston Astros first five-inning -0.5 -110, @ Bet365.

Lance Lynn started off the season with a terrific 4-1 record, with a 1.93 ERA. Each start for Lynn he’s been getting hit more and more. His arm could be getting a bit tired since the Rangers have relied on him for the majority of their wins. His career numbers will show some negative regression coming, but that is expected when you have a 1.93 ERA. Lynn’s launch angle is significantly higher than what Greinke averages and his exit velocity is a couple of MPH above Greinke. This does not help Lynn’s case against this Astros lineup who are batting .264 in their last three weeks. Lynn will see an uptick in his ERA when playing in day games, expect the Astro’s to get after Lynn early.

Zack Greinke is cruising in 2020, posting a perfect 2-0 record, with a 2.68 ERA and 0.94 WHIP. If we dial in on Greinke’s FIP he’s holding it to a sub 3.00, and less than ten percent HR: FB ratio. Playing in day games there’s not much to differentiate in Greinke’s splits. He will need to be careful against batters like Andrus and Shin soo Choo for the Rangers, good news for Greinke both Choo and Andrus are batting below 0.250, while Choo is striking out at a 30 percent clip. I would be extremely surprised if Greinke allows more than two runs to this depleted Rangers line up. Greinke should go at least five innings, giving us a solid chance to cash our ticket. 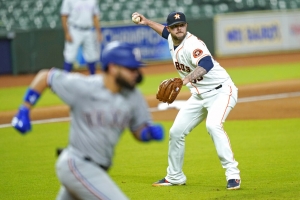 Here is where the separation lies, Texas might be the worst in the majors in the past three weeks producing runs. Their wRC+ is below 60 against right-handed pitching and on the road. I have nothing positive to say about this Rangers lineup who are also without Odor and Sanata both starting positional players. If the Rangers can not get production for Andrus or even Gallo, Lance Lynn will need to be absolutely perfect if they want a chance against a fast-rising Astro lineup. The best chance for Texas will be late in-game when Greinke gets pulled, and the Astro’s below-par bullpen takes over.

Houston will look to Brantley, Maldonado, and Altuve to get them up early against Lynn. To make our case even more desirable for the Astros, all three of these guys are batting over .300 in the past three weeks. Houston is hitting for power, and extra-base hits, the 0.343 wOBA, and 0.805 OPS tells you everything you need to know. wRC+ is skyrocketing over the 100 benchmark both against right-handed pitching and at home. Houston was held to only 2 runs against Texas last night, expect a quick turn around against a pitcher they know is having a phenomenal year.

You have two bullpens that have been up and down like a yo-yo, I would not want to be betting either team’s closing pitchers due to their unpredictability on a nightly basis. We want to put our money on Zack Greinke and the Astros bats. Watch out for Brantley and Maldonado who have an amazing previous track record against Lance Lynn. Regression is coming for Lynn, and we think the Astros will contribute towards that this afternoon. We’ll be betting Houston first five -0.5 -110, you can find this bet at Bet365.