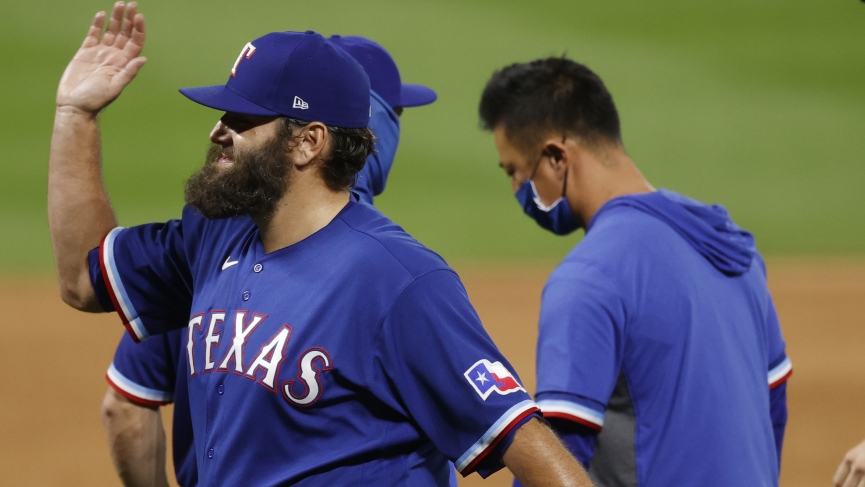 We are on to my Texas Rangers vs Colorado Rockies pick for game 2. Don’t look now but the Texas Rangers have won five of their last seven, holding teams to twelve runs in five games.

Today’s starter Kyle Gibson will be tested, to say the least at Coors field. Marquez and the Rockies will look to continue raking in the runs, while  Gibson and the Rangers bullpen try to hold this potent offense in check. We love the Rockies F5 -0.5 -120. The bounce-back factor is in full effect.

Kyle Gibson will make his third start to his Ranger campaign. It’s early but Gibson has some work to do before he becomes a backable pitcher. For starters, his HR: FB is 30%, while his WHIP which gages how many walks/hits given up an inning is way over the 1.25 benchmark. His K: BB ratio is not awful, but it tells you he does not have the stuff early on the strike batter out. Colorado’s Marquez is making it tough on hitters, with a 0.92 WHIP, and 2.68 FIP.

His statistical factor is quite high, his only hiccup could just be when batters are on base, 70% strand rate has a little work to be done. Marquez at home has all the makes for a Rockies win, while Gibson will be happy to get the heck out of Coors Field. These are the matchups you salvation from the mouth, there is not one stat Gibson holds that scares me. When you mix the elevation at Coors field and a top-five offense in the Rockies, the recipe seems to be lacking any Ranger spice. 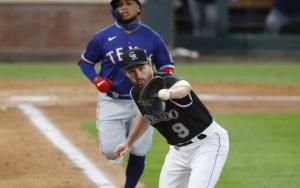 From pitching to hitting, the Rockies once again lead in almost every category. Hard Contact percentage is the one that will go to the Rangers, and just slightly. The Rockies batting average and OPS sit top five in the majors, telling you this team can hit with the best of them. The Rangers are a very middling offense, with most of their uptick being in the last week of play. If the Rangers had a decent HR: FB ratio, we could get caught in the Coors Field air that is over 5,000 m above sea level.

With two starters who have begun the season on opposite ends of the spectrum, Marquez for Colorado can do a little bit of everything for his team, while Gibson just makes his defense behind him work a little harder. We have yet to talk about the loss of Chirinos for Texas, their catcher hits only 0.179 yet to hit a home run on the year. Colorado will have Chris Owings as a game-time decision, Owings has missed the past few games with hamstring tightness.

The degree of difficulty for the Rockies will be much less than what the Rangers will have to face after our starters are pulled. During the first series when these two were matchup against each other the Rockies took two out of three games. The Rockies scrapped a bare five runs in their three-game set, winning their lone game 1-0.

Two weeks later the Rockies are now tops of the NL West, while the Rangers are hanging on to the second spot in a jam logged AL West. With all three areas of the game in the Rockies favor, I have to jump all over the Rockies F5 -0.5. We do not want to go crazy placing bets, but i can’t blame you for taking the F5 TT Over. After our analysis, I believe the Rockies First Five -0.5 -120 is our best angle to make the most out of tonight’s matchup.