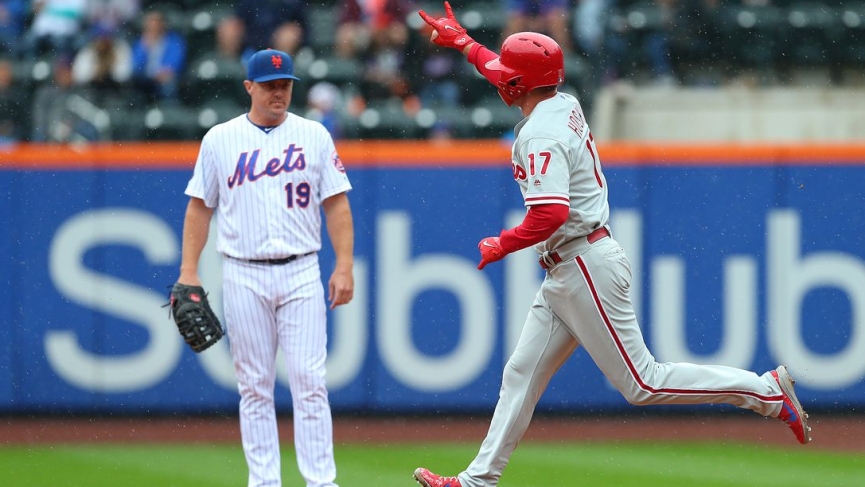 Runs, Runs, and more Runs. Philadelphia and New York Mets, own two of the worst bullpens in the majors, giving up on average close to three runs a game. Jake Arrieta and Rick Porcello will try to relinquish some of their quality starts, though both pitchers are getting smashed on a regular basis. With the current form both teams posses on offense, don’t be surprised when each team puts up a  five-spot in at any given time. Don’t hesitate, pull the trigger on the Over 9.5 -115 @ Draftkings.

Jake Arrieta needs to be better than what he’s shown in 2020. Tonight he will see a slew of batters who have a positive track record when faced with Arrieta. Jeff McNeil is currently the hottest player for the Mets, and he’s batting.650 off Arrieta in 20 plate appearances. It doesn’t end with McNeil, there are four more bats who hit for over .300 against Arrieta, that’s over half the of the Mets lineup who crush Arrieta. This is a fade pitcher who is not striking out his opposition, and allowing way to0 many hits per game, expect Arrieta to struggle.

Rick Porcello has not been much better than his counterpart Arrieta. Porcello struggles are in a different way, his control is a major problem, with a WHIP over 2.00. His LOB % and Hard Contact needs to shine if the Mets want to start winning games with Porcello on the mound. Just like Arrieta, there are more than a few bats who will enjoy this pitching matchup. Segura, Hoskins, and Realmuto all bat over .300 when faced with Porcello. Keep a very close eye on Hoskins, he’s our player to watch, with 11 hits, 5 HR’s and 10 RBI’S in his last seven games.

All positives across the board when we indulge in the Phillies offensive outburst. They should not see much off a difference between hitting right-handed pitching to being on the road. Right away their wRC+ factor above 100 should catch your eye, not to mention this is a very heavy fly ball hitting team that should benefit from a fly ball pitcher like Porcello. Don’t look now but this squad has racked up six of their last seven against quality divisional opponents. There is no time to rest for the Phillies when they travel uptown to face a New York Mets squad who has racked up 23 runs in their past three games.

New York has a few injuries to non-spot starters, this should not scare you off the Mets. ISO Power is above average, especially when left with a right-handed pitcher on the mound. Last time these two faced off Aug 15th in a three-game set, only one game went over, and this was before our statistical breakdowns after Aug 18th. What I have yet to bring up is each team’s strikeout rate, at only 16.9 percent at home, the Mets own the best K rate in the majors, while the Phillies are a respectable 22.3 percent. Both clubs will benefit from the two pitchers’ lack of quality expect some patients at the plate and runs in exchange.

The reason for our choice to make this best bet a full game and not a first five was due to both teams glaring bullpen problems. For starters, a WHIP over 1.50 in the bullpen is only asking for trouble, while allowing batters to get on base at nearly 30 percent is a massive positive for our over 9.5. The Phillies bullpen has pitched significantly more innings than the Mets have, expect it to catch up to them tonight.

Lets put a bow on tonight’s Best bet, New York has the best chance at winning this game late. There has been little separation between starting pitching and offensive production, but when the bullpens step in we have an edge. Grab this line at 9.5 -115  before the juice eats this one up. BOL