For the first time all year, Kiwoom’s ace Eric Jokisch is coming off a loss. With a perfect 2-0 record at home, tonight looks ideal for Jokisch to bounce back against a depleted Lotte Giants team. The caliber of competition Kiwoom defeated in June, also leads me to believe Lotte will be in over their heads. Kiwoom RL -145 will be our best bet. 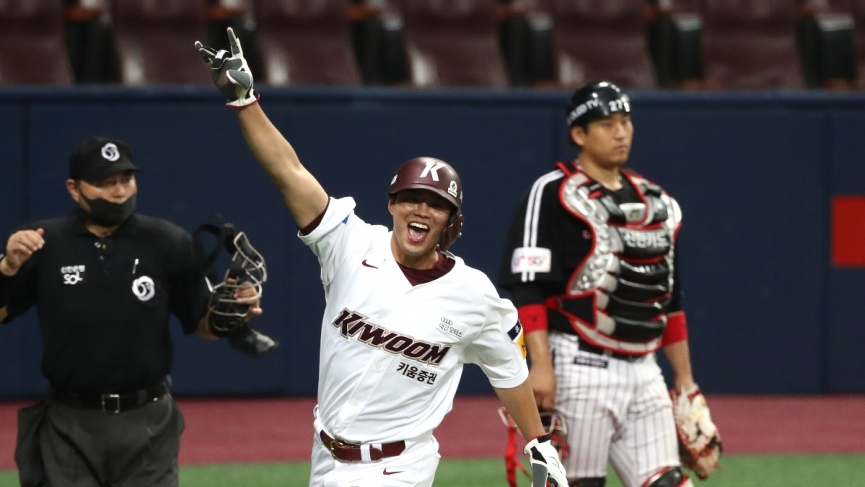 Now into Week 7 of the KBO, we are able to distinguish the contenders, and pretenders of the league. The Lotte Giants are becoming a pretender in our eyes, as they beat up on the weak, and struggle when facing a top team. Tonight they will face a Kiwoom team who have won 8 of their past 12 in June and are starting to get healthy again on both sides of the ball. On the road, Lotte seems to have a hard time generating wins, with only one in June, scoring an average of 3.6 runs. Numbers like that will not get it done when they face-off against the second-best pitcher in the KBO.

Lotte will bring to the mound Kyung-eun Noh, a 2-2 start to the year, with a 5.45 ERA, and a 1.31 WHIP. He was touched back on May 22nd, when Kiwoom scored four runs on five hits and batted an average .357 against Noh. After his poor performance, he followed it up with 2 more losses on the road (Kia, and Doosan). With the return of a full Kiwoom lineup, he will need to be much better than he was on May 22nd. More likely than not, Lotte will have to rely on their bullpen that averaged 1.51 WHIP in the first week of June. The main reason for the recent bullpen success was, Lotte played Hanwha at home after Hanwha released half of their team to the minors. This will be night and day for Lotte, as they take on a full Kiwoom full lineup who just scored a combined 26 runs against the league-leading NC Dinos.

The Heroes are slowly marching up the standings, they’re now fourth, and sit 6.5 games back of the NC Dinos. Like Lotte, Kiwoom also played Hanwha in June. The difference being, they actually were able to sustain victories beating up on LG, Samsung, and NC. Second-half scoring has lead Kiwoom to the top of the league, averaging 2.58 runs June. Since we are backing Kiwoom on the full game tonight, we want to focus on the later half of innings, in this case, WHIP.

After starter Eric Jokisch pitches his six innings, Kiwoom will rely on their bullpen, which has been great all season. In the month of June, Kiwoom sits third in bullpen WHIP at 1.26. With a near completely healthy team, this young core will start to show exactly why they were predicted by many to be in the KBO Finals. Eric Jokisch has all the right tools behind him to get his 6th win of the season and get rid of that bad taste after losing 4-1 to Samsung his last game out.

MLB Predictions: Can Cubs Get Another World Series Win?

Jokisch just missed out on winning KBO pitcher of in the month of May. He lost it to NC ace Chang-mo Koo, who averaged less than 3 hits a game, strikeout 54. Jokisch was no slouch himself, he had a perfect May, posting a 4-0 record, 0.90 ERA, and a 0.194 opponent batting average. He was cruising until that last start, where he got crushed for his first home run all year. Despite the home run, Jokisch had a solid game, allowing a .227 batting average, giving up only 5 hits.

When he was faced against Lotte back on May 22nd, Jokisch had little trouble, going 6 innings, allowing only 2 runs, on 6 hits. Lotte is now missing two key starters who played a key role in getting to Jokisch in their first meeting. Now without Hong An, and Yoon-suk Oh for Lotte, they will look for bench pieces to fill the roles of players who were known to get on base.

Lotte is going to find in tough scoring runs going forward, until they are able to show me they can win games on the road, I’ll be fading this team. They are yet to win consecutive games when faced with teams of a .500 or better record, and Kiwoom is just that. With a 19-15 record, winners of 8 of 12 in June, and the best second-half production of late, let’s look to cash another KBO banger with the Kiwoom Heroes RL -145. Best of luck.