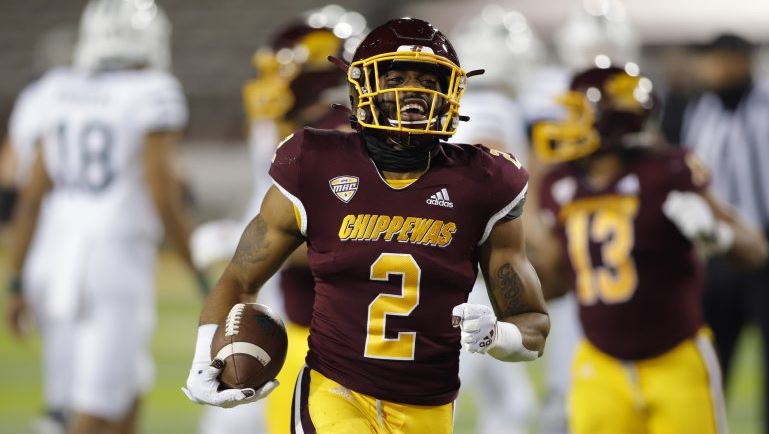 Western Michigan vs Central Michigan Pick: – College Football Week 12: There are a few old rivalries being renewed in the Mid-American Conference this week, none bigger than the clash at Central Michigan between the Chippewas and Western Michigan Broncos. Not only will this year’s winner walk away with the Victory Cannon Trophy, they will also sit in sole possession of the West Division lead.

Off to a 2-0 start both straight up and against the spread, Western Michigan is putting plenty of points on the scoreboard. The Broncos romped past Akron in the season opener, 58-13, and slipped past Toledo at home last week by a 41-38 count. Tim Lester’s troops trailed the Rockets by 10 with under three minutes to go before a furious rally to win it, a fake spike play providing the decisive score.

Not to be outdone, Jim McElwain’s Chippewas have also covered their first two triumphs, first as a slight underdog in a 30-27 against Ohio and then a much easier 40-10 final last week at Northern Illinois. Freshman Daniel Richardson has started both games at quarterback and done a solid job, but McElwain has a decision to make this week with David Moore eligible to return after his suspension. Moore had been the projected starter before a bad drug test last spring.

The schools are meeting for the 92nd time, and 48th consecutive year, with Western Michigan up 50-39 plus a couple of ties. The Broncos have won and covered the last two, and grabbed the dubya in five of the last six. Kickoff should come with the thermometer sitting around 40° under cloudy skies, and I’m going to buck a recent ‘under’ trend in the series with a play on the ‘over.’