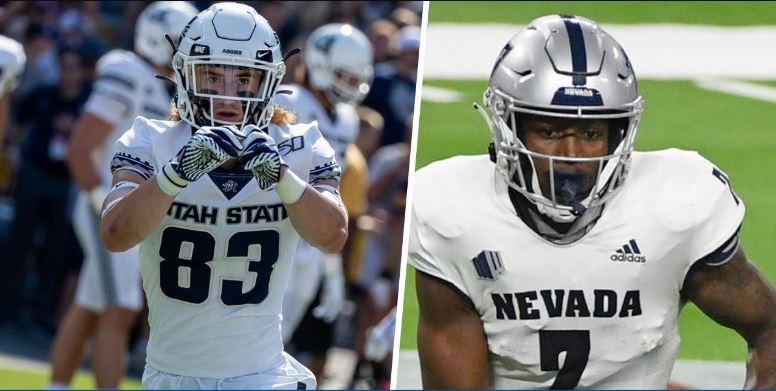 Utah State vs Nevada Pick – College Football Week 10: While the Pac-12 is garnering a lot of attention with season openers, there’s another conference out west that is firmly in the thick of its race with several big matchups leading into another big weekend.

The Mountain West Conference hits a crucial spot on the schedule, beginning with a Thursday night tilt that finds the Utah State Aggies visiting the Nevada Wolf Pack.

Early movement on the spread has favored Nevada, and DraftKings has the Wolf Pack -16½ for the 7 p.m. (ET) kickoff, which can be seen on FS1. Playing the scoreboard means a decision on a 56½-point total.

According to the NCAA football odds, it hasn’t helped Gary Anderson, and the Aggies open the season against the Mountain West’s top two teams. Underdogs at Boise State and home against San Diego State, Utah State was manhandled in each defeat. We have to give the defenses of the Broncos and Aztecs some credit, but the Aggies also deserve much of the blame in accounting for just over 200 yards of total offense in each affair.

Meanwhile, Jay Norvell’s Wolf Pack has been cooking right along behind a powerful offense. Carson Strong is guiding a passing attack second in the nation averaging 385 yards per game through the air, the sophomore completing 60 of his 79 attempts with six scoring strikes and no picks.

Nevada has the 18-7 advantage in the rivalry, but Utah State owns current bragging rights following a lopsided 36-10 win and cover in Logan a year ago. There are some conflicting trends in the series with the underdog covering five of the last six but the home team covering eight of the last 10. Both sides are playing on short rest after Halloween games, and my money is on the home team with a play on the Wolf Pack -16½.