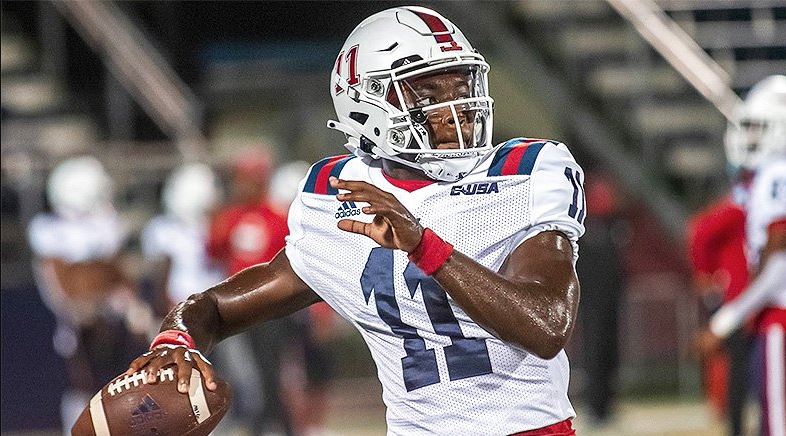 UMass vs FAU Odds – College Football Week 12: UMass comes into Friday night’s meeting with FAU having only covered 4 of their last 14 games overall, and are 6-15 in their last 21 games as the betting underdog, a trend that dates back to 2018. Meanwhile, The FAU Owls host tonight on a 9-3 ATS run in their last 12 games overall and have covered 5 of their last 7 at home.

Florida Atlantic has won every game this season as a favorite, with their only loss coming to Marshall, in which they were a +640 underdog. In all 4 games as a favorite, the Owls had an average line of -250. FAU has gone 2-2 ATS as favorite and managed to pick up a cover in that crooked match-up against Marshall last month.

The Minutemen have faced two opponents who were lined as massive favorites of -5000 or higher on the Moneyline. Georgia Southern managed to shut out UMass in their opening game of the season, but the Minutemen managed to bounce back and put 10 points on the board in their most recent game against Marshall, good enough to cover the +44 point spread.

Based on the measure of expectation, you have to give the slight edge towards FAU on the ATS line, but this one has gotten almost out of reach for there to be any value on the Owls at this point. The real value in this game looks to be on the Under. FAU have only allowed an average of 13 points per game in five games this season, while UMass has put up an average of a whopping 5 points in their two games so far in 2020. While the oddsmakers are expecting this one to be a blowout, FAU has put up just 20.4 points per game so far this season, and may not be able to run up the score as much as the market expects. This game opened at 48.5 and has since shot up to 51.5. Prediction: FAU wins 33-9, take the Under.