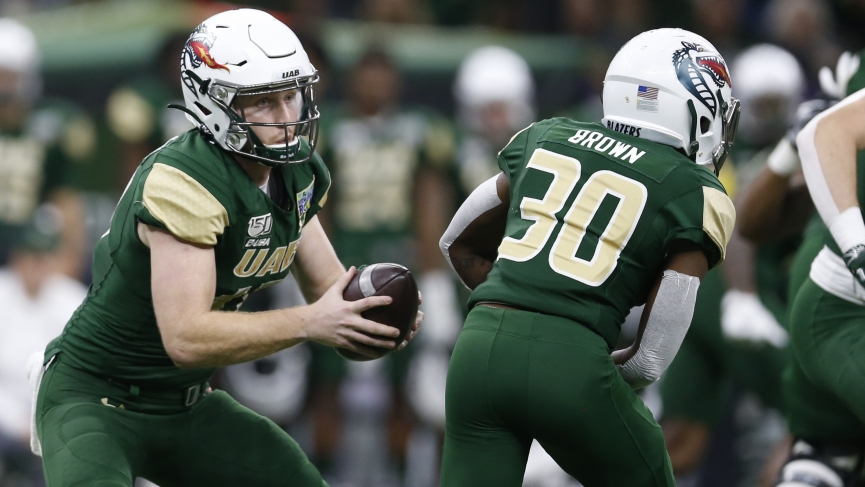 Let’s talk UAB Blazers vs Miami Hurricanes pick. Both teams will perform significantly better than last season given the abundance of returning starters that add depth and leadership. The UAB Blazers return 9 starters on offense and 9 starters on defense from last season including their quarterback Tyler Johnston III, who completed 68% of his pass attempts, averaged 143 passing yards-per-game and attained a solid 134.4 passer rating. He shared time with Bryson Lucero, who filled in quite well and has an extremely strong throwing arm.

The Miami Hurricanes return eight starters on offense and five on defense. They will have a new, but highly experienced and talented quarterback D’Eriq King under center this season. His first coach and father died this year but encouraged his son to enroll at Miami as a graduate transfer and look to help the Hurricanes take a big step forward in the ACC.

You may not have heard of him, but you will hear about him a lot this season in the ACC media circles. He graduated from the University of Houston and had a terrific career finishing with 78 touchdowns that included 28 rushing touchdowns, and 4,925 passing yards in only 22 career starts. Those are gaudy numbers and now he will have a much better offensive line and a vastly better group of wide receivers to connect passes to this season.

The Hurricanes had a terrible 2019 season finishing with a 6-7 losing record and went just 4-4 in conference action. They ranked 10th among the 14 ACC programs averaging 25.7 points-per-game (PPG), but were second allowing 20.2 PPG on defense. The gap between the Hurricane offense and National Contender Clemson Tigers is vast but having an experienced duel threat in King under center along with an experienced offensive line will reduce that gap quite a bit.

Blazers in a Poor Situation

The Blazers starter their season September 3 hosting Central Arkansas and were 20-point favorites. In a matchup, they were expected to dominate they found themselves fighting off repeated rally attempts. They won the game 45-35 but failed to cover the spread. The worse part of this game is that the Blazers are 2-11 ATS failing to cover the spread by an average of 8.7 points following a game in which they were favored and both they and their opponent scored 31 or more points.

The Stats Support a Miami Win 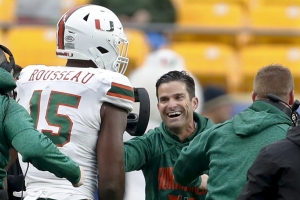 Here is a second system that supports the Hurricanes and has earned an outstanding 24-4 ATS record for 86% winning bets over the last 25 seasons. The system instructs us to be on any team during the first two weeks of the regular seasons that stumbled into a bowl game despite losing their last three games of the regular seasons and ended up with a losing record last year.

Both systems underscore the end of season collapse by the Hurricanes, who were shutout in their bowl game by Louisiana Tech 14-0 and failed to cover the spread installed as 6.5-point favorites. The substantial number of returning starters will be extremely focused in this game against UAB looking to get the season off to a positive start and erase those horrid memories from last season.

Ok, so now we get to my favorite part of this game. In this matchup, the Hurricanes are projected to have no more than one turnover and average less than 11 yards-per-point on offense. In past games in which the Hurricanes were home favorites and met or exceeded these performance measures, they have gone to earn a 14-0 straight-up record winning these games by an average of 37 points and 12-2 ATS for 86% winning bets.

The yards-per-point performance measures are quite important in NCAAF and the NFL and there will be further discussion in future articles. The lower the ratio of yards-per-point the better and more efficient the offense is executing the play calling. So, we are looking for the Hurricane offense to need 11 yards of offense to score an average of 1 point. Further, for every 111 yards of offense, the Hurricanes are projected to score at least 10 points.

Bet on the Miami Hurricanes and lay the wood.