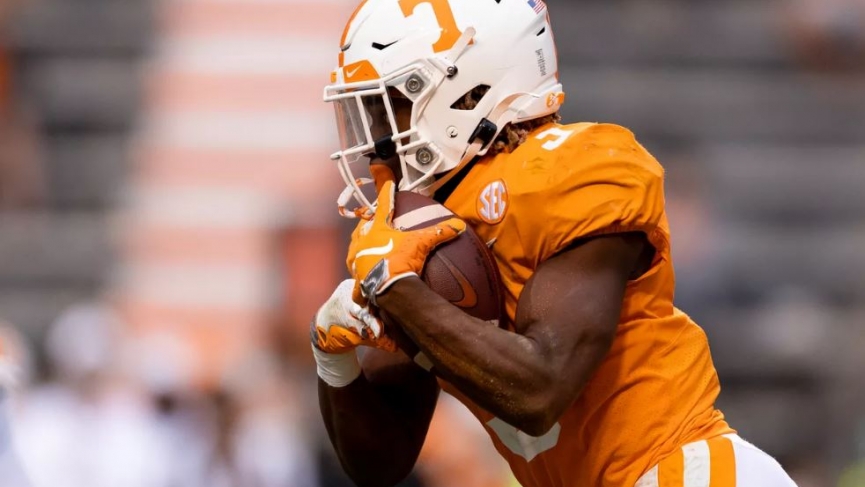 Tennessee vs Arkansas Pick – College Football Week 10: Both sides enter with 2-3 records, and the loser just might be watching their hopes for a bowl invite for the 2020 season go up in smoke.

The hog-calling might not be as loud as when the two teams have met in the past at Razorback Stadium due to the limited capacity. There will still be plenty of red inside for the 7:30 p.m. (ET) kickoff on the SEC Network. DraftKings sees the 19th meeting in the rivalry – and first in five years – as one of the most competitive games on the Week 10 NCAA football betting board with the visiting Vols favored by 1½, and 52½ for the total.

Has it really been just a month since Tennessee was ranked 14th heading into its game at Georgia? The Volunteers fell by 23 in that matchup, and subsequently lost by 27 at home to Kentucky and 31 at Alabama in Week 8 before taking last Saturday off. A rather lackluster offense has been behind the 3-game plunge, Tennessee averaging less than 270 yards in the three losses and turning it over eight times.

Arkansas has been on a lose one, win one cycle since the season began, and if that follows, Sam Pittman’s squad is due a victory this week. The Razorbacks dropped a 42-31 decision at Texas A&M on Halloween, though the good news is they managed to cover as 2-TD underdogs to remain a perfect 5-0 against the spread in 2020. The Hogs are in the bottom half of the country in scoring, averaging 24.6 PPG, but they have been among the best in coming up with turnovers, 13 on the season which could play right into Tennessee’s butterfingers in recent contests.

This will be just the third meeting between the schools in the last 14 seasons, and the Volunteers have a 13-5 advantage in the rivalry, 10-5 as SEC opponents. The Razorbacks have win the last two (2011, 2015), covering both while the totals split on similar numbers as this matchup. Arkansas should continue Tennessee’s woes, and I’ll go with the underdogs plus the point-&-a-half doe my pick.