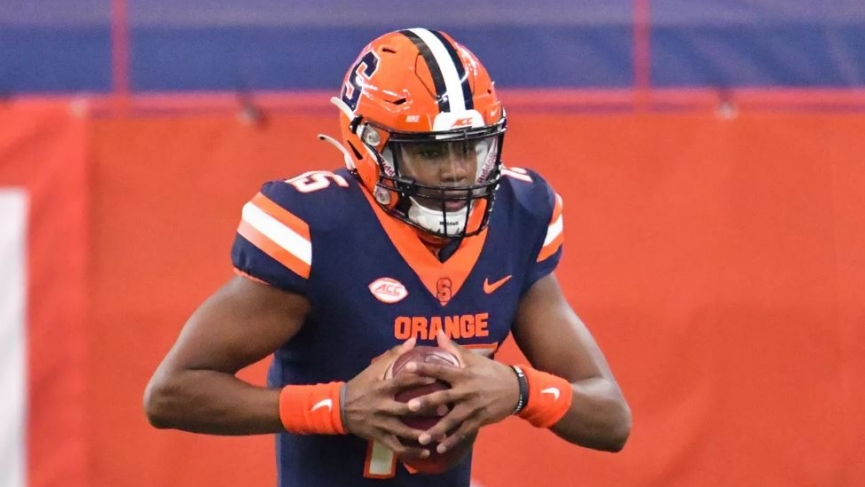 Syracuse vs Louisville Odds: College Football Week 12: Syracuse comes into Friday night’s ACC match-up with Louisville riding a 3-8-2 ATS streak against teams with a losing record. At the same time, the Cardinals are 4-1 in their last five as a favorite.

Syracuse 4-4 ATS as an underdog this season, with their only outright win coming as a +234 Moneyline underdog to Georgia Tech back in September. Syracuse has not been a very profitable team to bet against on the ML, simply because their opponent has had an average price of -190.

Louisville is 2-1 ATS as a favorite in 2020, although they have been a team to fade as an underdog with a 1-3-1 ATS record. Overall, Louisville has been a profitable team to bet against on the Moneyline, even with their only loss to an underdog coming against Georgia Tech (+163) in October.

Syracuse has faired much better in 2020 against the overall expectations set by oddsmakers. Syracuse has lost by an average of 12.9 points per game but has covered the spread by an average of +3.8. Louisville has an even worse ATS record than Syracuse at 3-4-1 and have failed to cover the spread by an average margin of just over a half-point. The value certainly sits on the side of the Orange in this one, but it’s nothing more than a slight lean, with a potential for a late, game time wager, depending on which way the line goes.

The oddsmakers expect this to be a higher scoring affair than normal for both these two teams. Syracuse has only averaged 18.3 points per game this season, and between these two teams, the average total sits at about 53.5, yet this total sits as high as 55.5 at some books. Currently, the value seems to be on the Under, but there may be something to this line being set higher than what both these teams average, as these teams have trended towards the over in their most recent meetings. Another spot where you should sit back and wait, if this total reaches 53.5, it would be worth a small play. Otherwise, it’s not worth paying a premium on a total, in a game between two poorly performing teams.