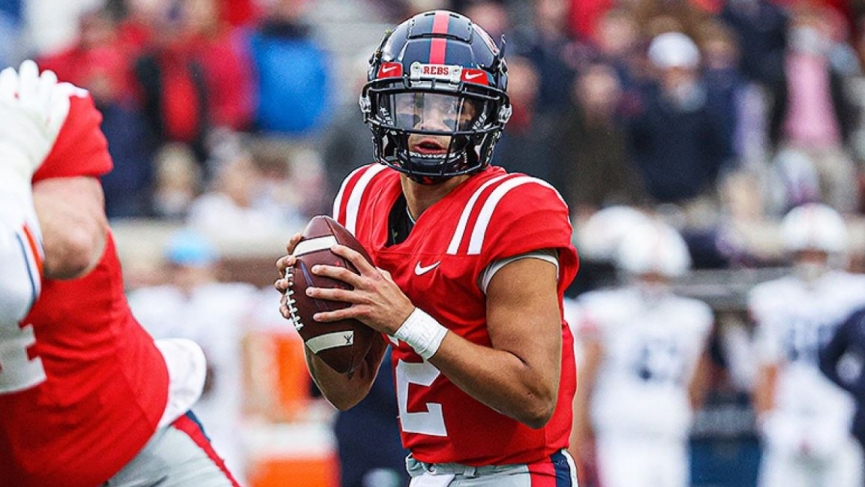 South Carolina vs Mississippi Pick – College Football Week 11: South Carolina head into Oxford on Saturday night riding a 9-3-1 ATS record as a road underdog. While the Rebels of Ole’ Miss have failed to string back to back ATS wins in 11 of their last 16 tries. It’s an SEC show down between two 2-4 teams looking to get back to .500 before seasons end on Saturday night.

South Carolina has not faired well against the measure of expectation so far in 2020, even though they sit with an ATS record above .500 at 3-2-1. The Gamecocks are 2-2-1 ATS when getting points, and picked up an outright 30-22 win over Auburn as a +120 moneyline underdog.

Similar to Ole’ Miss, the Gamecocks only game lined as a favorite came against Vanderbilt, where they picked up a 41-7 win as the -670 favorite. South Carolina has lost games by an average of 8.2 points, and have failed to cover by an average of 4.7.

Whether you’ve bet against them or not, you’re on the wrong side of profit. With both the tail and fade column showing up as negative units on the season.

As for Mississippi, they sit 2-3 ATS as an underdog, but managed a wild 42-41 upset victory over Kentucky as a +200 moneyline underdog. Beyond that, their only win as a favorite came, as mentioned, against Vanderbilt, picking up the 54-21 outright win as a -830 favorite, covering the -17 point spread.

The Rebels are another team that have failed to earn a profit, whether you’ve bet on them or against them. However, while the Rebels have lost games by an average of 2.7 points per game, they have still covered by an average of +2.3 per game, giving them a slight edge against the Gamecocks, as far as their performance against overall expectations.

Ole’ Miss at -7 was probably the right side to take, but that opportunity is since long gone, with the line currently sitting between -12.5 and -13.5. However, as this line has continued to widen, the correlation between the favorite and the over has not stayed as uniform as one would think.

The total opened at 69.5 and currently sits at just 70.5, even though heavy money has pushed Mississippi almost into being a two-touchdown favorite against the Gamecocks.

These teams put up a combined average of 68.25 points per game, but there is an outlier in this match-up, as the Rebels offense is far better than the Gamecocks defense. Take the Over at 70.5 (via BetMGM)