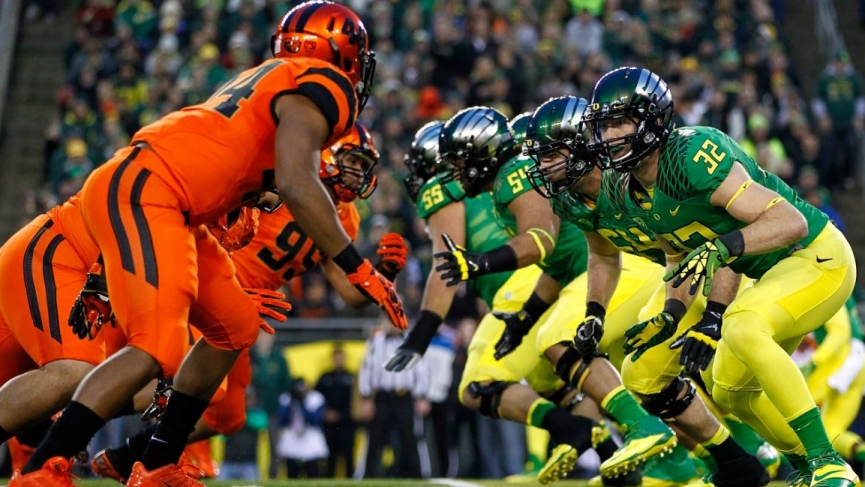 The road team has covered the spread 11 of the last 14 meetings between these two teams, while the Ducks have covered 6 of the last 7 meetings at Reser Stadium. The Over has gone 13-4-1 the last 18 times these two teams have met. However, the Under has been the trend as of late, going 3-1-1 in their last five meetings on Oregon State’s home field.

Oregon have gone 3-0 so far this season, all of which they were lined as an average favorite of -525 on the moneyline. The Ducks have won their three games by an average score of 12.7 points per game, but failed to cover their last game against UCLA, winning by just 3 points in a game they were favored by -18.5

The Beavers have only been an underdog once so far this season, a game in which they were 4-1 dogs to Washington. Oregon State managed to keep it close against the Huskies, falling 27-21, but picking up the cover on the +13.5 ATS line. The Beavers most recent victory came against California as a pick’em favorite, winning that game 31-27 just six days ago.

It’s a tough game to breakdown as it seems like the value can be on either side, depending on where the line ends up closing. If you’re getting +14.5 or more on Oregon State, that’s probably the right bet to make. However, if the line stays where it is now, south of -14, then the play should more than likely be on the Ducks.

As for the total, these two teams have a combined average total in their 6 games combined of 61 points, while the current number on this game sits at 65. Considering this is a rivalry game, the #15 ranked Oregon Ducks might be motivated to run up the score against the Beavers.  With that in mind, you may find some more value on a second-half under. Oregon and UCLA put up 45 points in the first half last week , but followed it up with just 28 in the second. While the Beavers and Golden Bears had 34 points in their first half last week, but came out to put up just 24 in the second frame.

If this game starts out high scoring, there will probably be an even higher number available on the second half than what the total closed at. The current market projects a second half total of about 31.5, but if the first half goes over, you could see a number much higher than that going into the final 30 minutes of the game.

Sit back, be patient, and live bet the total in this one.