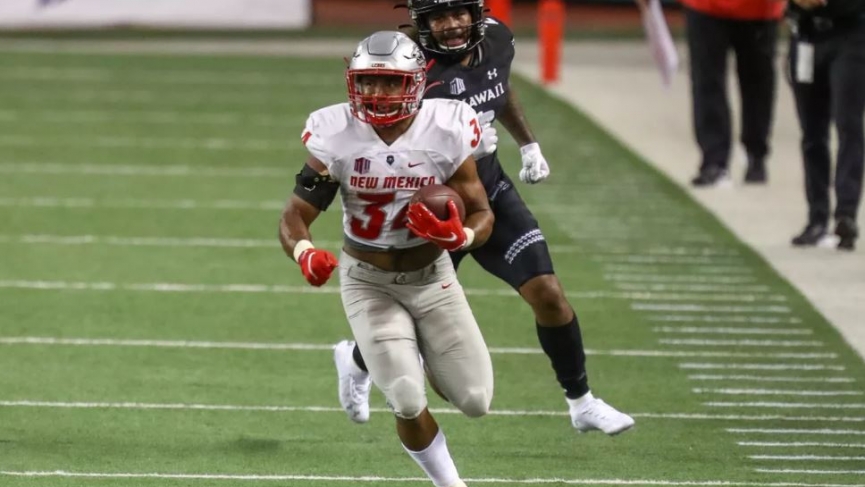 New Mexico vs Utah State Odds – College Football Week 13: New Mexico comes into Maverick stadium for this Thanksgiving match-up with the Aggies having covered just 10 of their last 33 games, including a 2-2 start for new head coach Danny Gonzalez. Meanwhile it’s not much better on the other side line, as Utah State are 0-4 this season, having recently fired their head coach Gary Andersen earlier in November.

The Aggies come into Thursday night’s game having covered just 7 of their 28 games as an underdog, and just 1 of their last 11 as a home underdog. It’s a battle of undesirables on Thursday night, as American watches two very bad football teams square off.

Both these teams are nothing to be desired, but Utah State has been especially awful this season. With an average scoring margin of -26 points per game, this is a team that has already fired their coach, and bounced back with another loss where they allowed 28 points in the first half.

While New Mexico and Utah State have identical records, the Lobos have performed much better against the expectations, going 2-2 ATS so far, while Utah State is 0-4. That being said, New Mexico was shut out by Air Force just six days ago, dropping that game 28-0.

New Mexico has the edge when it comes to the measure of expectation, and seem to have the edge on both sides of the football as well. The Lobos have averaged 399.5 yards on offense per game, while the Aggies have given up 525.8, and even with New Mexico’s defense averaging 474.3 yards allowed per game, Utah State has only managed to put up 242.8 yards per game.

It’s not an exaggeration to say that Utah State is one of the worst teams in all of FBS college football, and if there were relegation in the NCAA, the Aggies would be headed to the FCS next season.

With this game being the only night game on the prime time tv schedule for Thanksgiving Thursday, expect a higher handle to come in on this game late. This total opened at 53, and has since dropped to as low as 49. There seems to have been a decent amount of value on the Under at 53, but the market has since moved this number to where it probably should have opened at that 49 range.

These two teams have a net average of about 50 points per game between the two of them, but with Utah State having such a hard time generation any semblance of a competent offense, the total seems like a total stay away.

It’s really tough to take a team that has an 0-4 record, with every game played being lined as the underdog, now being favored by as many as -6 points on the road, but that’s exactly what you should do if you’re betting this game. There’s little to no argument in taking the Aggies here, who will be lucky to even get Over their team total of 20.5 points (-120 via Bet365). While New Mexico isn’t anything to write home about, they did manage to keep it close with both Nevada and Hawaii, in which both games their opponents were lined as -550 favorites or higher.