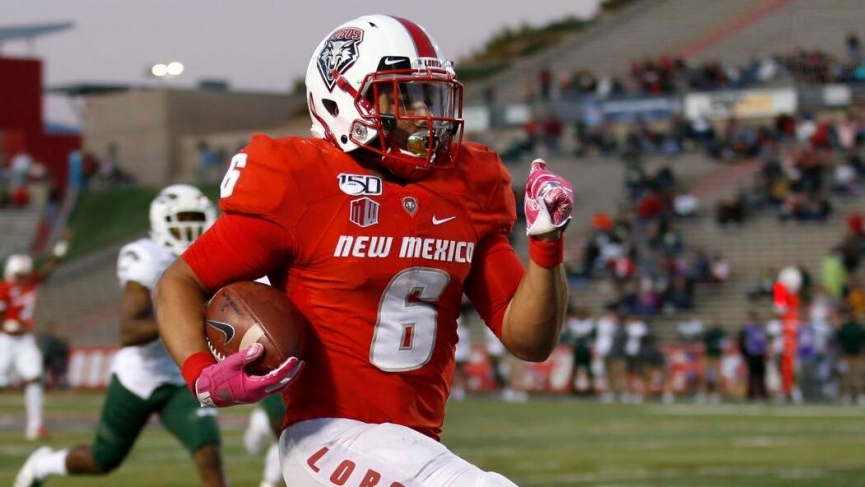 Air Force has been lined as the ATS favorite just once so far this season, a game in which they dropped to San Jose St, who were an outright +220 moneyline underdog. The Falcons have been a hard team to read in 2020, as they started their season with a 40-7 blowout of Navy as heavy +200 underdogs, but then followed it up with an underwhelming loss to SJSU. The Falcons haven’t played since October 31st, a game in which they lead 14-7 after the 1st quarter, but were outscored 28-3 in the 2nd and 3rd. It was a game that was much closer than what the final score indicates.

Although Air Force is likely the better team of the two and also considering that the Falcons have faired better against their competition than the Lobos have, there still seems to be a slight potential for value on New Mexico, if this line moves towards +10 or higher. Air Force has been an up and down team, and probably shouldn’t be favorited by 10 or more points against anyone in the Mountain-West, outside of Utah State. If New Mexico ends up in the +270 range, at +10 points or more, they are probably worth a small shot.

The total is a dead stop stay away. It’s very hard to predict how New Mexico’s defense is going to fair against Air Force. If the Falcons are able to run it up against the Lobos, then the Over is in play, but this seems to be a better spot to fade Air Force at that number of +10 or better, rather than putting your money behind what seems like a coin-flip point total.