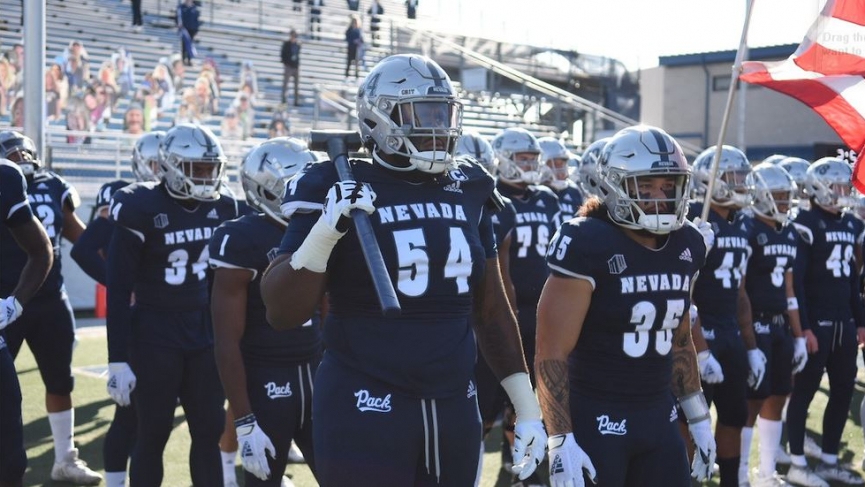 Nevada vs Hawaii Odds – College Football Week 13: The Rainbow Warriors come into Saturday night’s contest at Aloha Stadium having covered just 8 of their last 26 games as an underdog, a stat that goes back far beyond head coach Todd Graham’s time with the program. Meanwhile, the 5-0 Nevada Wolfpack head to the island on a 5-1 ATS winning streak, and have covered the spread this season by an average of 2.8 points per game. It’s the late night, ‘get back’ spot in the mountain-west as Nevada takes on Hawaii.

Nevada at 5-0 has an average moneyline of -203, even though they were underdogs to both Wyoming (+220) and San Diego State (-102). The Wolfpack are 2-1 ATS as a favorite, with their only loss coming as -17.5 point chalk against New Mexico two weeks ago, a game they won by just 7 points.

Hawaii has fared okay in 2020 as the outright underdog, going 2-1 ATS with one straight-up win in their first game of the season against Fresno State. Since that game, the Rainbow Warriors have failed to cover in 3 of their last 4. However, they did managed to snap the 0-3 ATS streak last week against Boise State, even though the majority of those points came in the 4th quarter, which Hawaii outscored the Broncos 15-0.

Based on the measure of expectation, you have to give the edge in this one to the Nevada Wolfpack. The only game in which Nevada didn’t cover this year was a game in which they trailed 13-10 going into the half time, but managed to come back in the second half for a 27-20 come back win. If this number stays south of -7, there is definitely some value in the get back spot on the favorite, and even possibly on a moneyline parlay at -280 or better.

Another angle here is the total, as mentioned, these two teams are on a seven year streak to the under, with the only game even getting close to the over being back in 2016. Based on how stingy the Nevada defense have been, giving up an average of just 20.6 points in their five games this season. With the total being set at 58.5 and getting steamed up to where it is now at 61.5, there seems to be an expectation that Hawaii can reach or exceed their offensive average of 24.4 points per game.

Normally, a favorite covering and an under hitting are not a correlated set of bets to make, but this may be an exception. These two teams have a combined average of 54.3 points per game, and with the total currently sitting at 61.5, there have to be some intangible factors baked into the numbers that the stats are not reflecting.

There’s nothing that jumps off the page, as per anything that indicates this game being an outlier, or a ‘sure thing’ to break this 7-0 streak to the under that these two teams are on. If anything, the heavy money pushing this total to where it is now, is only more reason to get involved on the other side of the line movement.