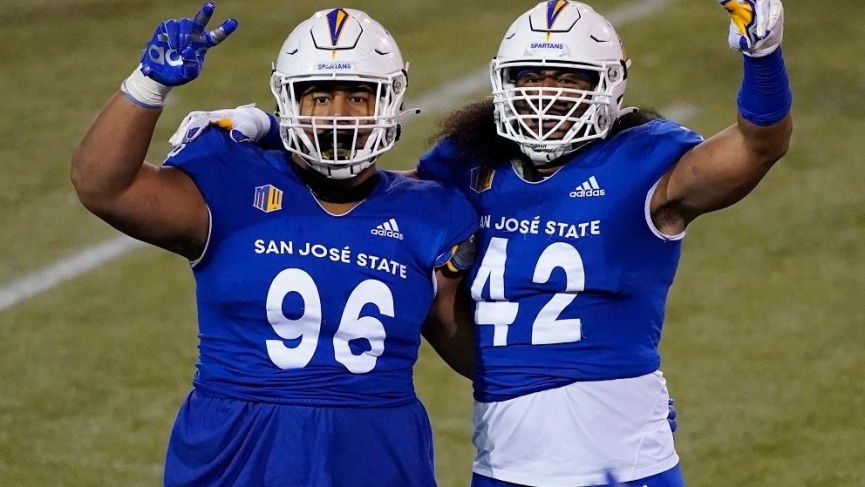 One of the many games on the 2020 schedule wiped out by COVID-19, Boise State, and San Jose State will duke it out on FOX in a clash that gets underway a little past 1 o’clock local time in Las Vegas. Sunny skies and almost no humidity with crisp temps in the upper-50s is the forecast, and FanDuel pegs the Broncos as 6½-point favorites and 55½ for the total.

Boise State’s only loss was a rout at the hands of BYU in early-November, and the Broncos completed their MWC slate unscathed with a 17-9 snow bowl decision at Wyoming this past week. Bryan Harsin’s troops got a lift with the return of tailback George Holani, who had been out since Halloween with a knee injury. Holani scored one of the touchdowns against the Cowboys, and is probable for this contest.

San Jose State was forced from its campus because of local COVID-19 restrictions and beat Nevada 30-20 at Sam Boyd Stadium last Friday. The Spartans were small underdogs in that one, giving their backers a fifth spread win on the year, the lone exception in the 6-game run being a push at home against UNLV. Nick Starkel, the transfer from Arkansas via Texas A&M, directed the comeback from a 20-7 halftime deficit by completing 20-of-30 passes for 306 yards.

Originally scheduled to meet on the Smurf Turf in Boise just after Thanksgiving, that was called off due to virus issues on the Broncos’ side. This will be the 15th time the Spartans and Broncos have gotten together, and Boise State has won each of the 14 previous matchups. That’s normally not a streak to be messed with, but mess with it I will. San Jose State has been overlooked all season, and I’m taking the Spartans straight-up with a +205 moneyline play.