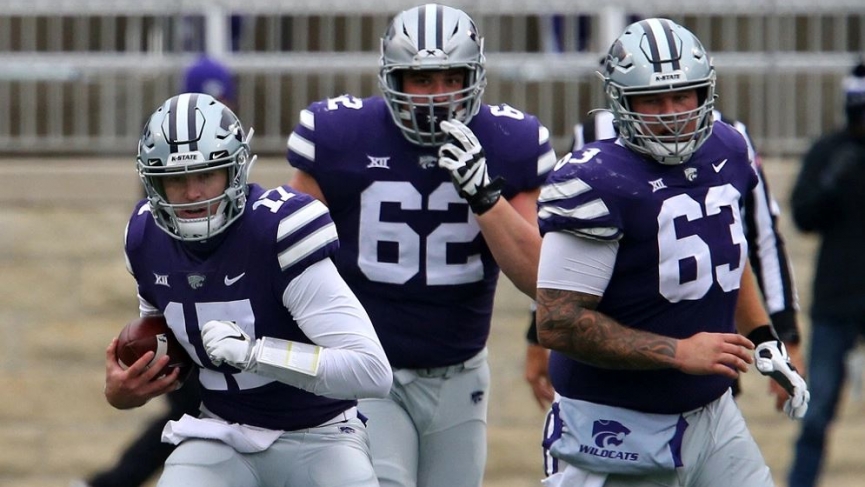 Kansas State vs West Virginia Pick – College Football Week 9: Sure, it might be smoke and mirrors that Chris Klieman and Kansas State have been getting by on in racing out to a 4-0 record in conference play. But there’s no denying the Wildcats have been fun to watch, and even more, fun to bet with four consecutive covers. They’ll try to hold serve this Saturday with a tough road trip to face the West Virginia Mountaineers.

It’s the fourth time in five Big 12 games the No. 16 Wildcats find themselves playing the role of underdogs, with Bet365 listing the Mountaineers as 3½-point chalk at home. ESPN2 will televise the contest from Morgantown with 45½-46 the number bettors are looking at for the total.

There certainly was no reason to expect K-State to be in this position after dropping the season opener to Arkansas State of the Sun Belt as nearly 3-touchdown favorites. An upset of Oklahoma as 4-TD underdogs really got things rolling in the conference opener, and the Wildcats have since reeled off three more wins after being picked as 70/1 longshots on the NCAA football futures to win the Big 12.

Was West Virginia possibly looking ahead to this week when the Mountaineers fell to Texas Tech in Lubbock last weekend? Neal Brown’s squad played very well on defense, but one mistake on offense cost them the game in the fourth quarter when the Red Raiders picked up a fumble and carried it into the end zone for a 34-27 upset.

Both teams arrive in pretty good health, and it has been a very tight series with the sides splitting their eight meetings as conference foes. Kansas State won the first four contests, and West Virginia has won the last four, covering the last three. All eight of their Big 12 matchups have been ‘under’ winners. I can’t ignore a trend like that and will play it ‘under’ 46 (-114) via DraftKings

College Football Kickoff Show: LIVE Every Saturday at 10 AM EST