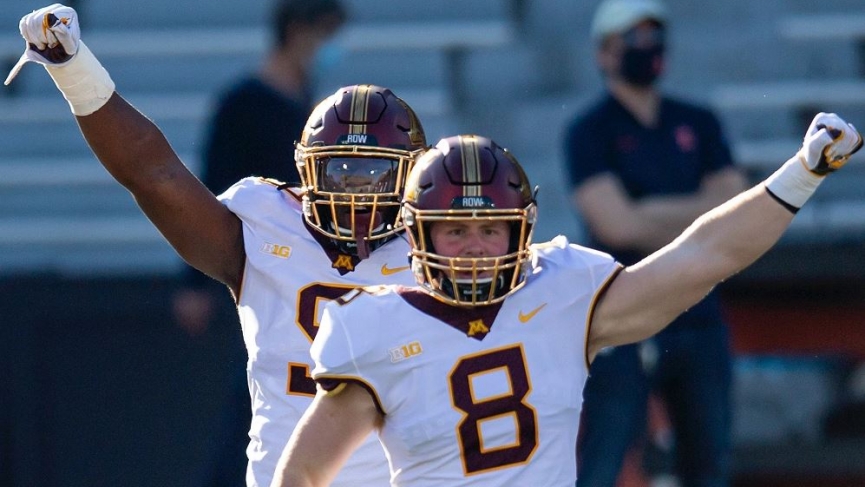 Iowa vs Minnesota Odds – College Football Week 11: Iowa comes into their Big 10 match-up on Friday night riding a 17-6 ATS streak in their last 23 games as a road favorite. Meanwhile, the Golden Gophers are on a 7-3 ATS run in their last 10 games as the underdog. It’s Friday night football action from the Big-10!

Iowa is unbeaten on against the spread in their last four meetings against Minnesota, going 3-0-1 ATS. The Under has hit in 7 of the last 11 meetings between these two teams, and the road team has covered 3 of the last 5 head to head.

Iowa has one less ATS loss this season than Minnesota in as many games played. They are 1-1 straight-up as a favorite, and 0-1 as an underdog, going 1-1-1 ATS in those three games. Iowa lost to Northwestern by 1 point as a +1 underdog, and lost to Purdue by just 4 points as a favorite of about -165 on the moneyline. In comparison to Minnesota, Iowa has done far better against the expectations in this early stage of the season.

The Gophers lost 49-24 to Michigan as a +125 underdog on the moneyline, but then followed that performance up by dropping an overtime game to Maryland, who were a +610 underdog. In just three games played in the 2020 season, Minnesota has been one of the most profitable teams to bet against in college football.

Considering how different these teams have performed against the market expectations, it seems as though the value might be on the Hawkeyes here. The Golden Gophers may be out classed by the Hawkeyes on both sides of the football, and with Iowa having both the better rated offense and defense, the value looks to be on Iowa, who are only lined as -3.5 points favorites.