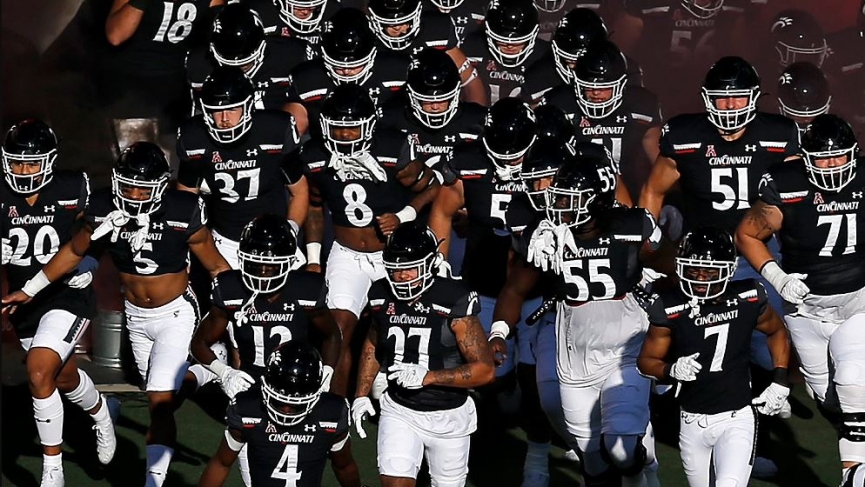 East Carolina vs Cincinnati Pick – College Football Week 11: Lurking in the shadows of the big guys in the two polls, Cincinnati has been rolling through its American Athletic Conference schedule with relative ease. The Bearcats are expected to keep rolling right along Friday night at home with a visit from the East Carolina Pirates.

Cincinnati has won each of its last three games by at least four touchdowns, and that’s exactly where Bet365 has this one pegged with the Bearcats favored by 27½. The scoreboard target is set on 56½ points.

It wasn’t an enjoyable first season on the job for East Carolina head coach Mike Houston, and things haven’t improved in season two. The Pirates come into this one on a 3-game slide after falling 38-21 to Tulane a week ago at home as 3½-point underdogs on the NCAA football odds board. The defense has been the biggest bugaboo, with the Pirates ranking near the bottom of the country in scoring (37.2 ppg) and yardage allowed (459 ypg).

That doesn’t bode well against what has been an efficient Cincinnati offense that ranks 16 th in scoring (39.3 ppg). The ground attack is paced by senior tailback Gerrid Doaks who is coming off a 184-yard effort against Houston last week on just 16 carries. Desmond Ridder is getting it done with his arms and legs, passing for more than 1,100 yards and running for nearly 400 more.

ESPN2 will begin its broadcast from Cincinnati’s Nippert Stadium at 7:30 p.m. (ET). After East Carolina dominated the rivalry when the two schools were independent or Conference USA foes, Cincinnati has the upper hand in the AAC. The Pirates have a 13-10 edge overall, but the Bearcats have won four of the last five.

Favored by 25 last year in Greenville, Cincinnati found itself trailing by 12 going into the fourth quarter and needed a field goal on the final play to survive with a 46-43 decision. That marked the third consecutive ‘over’ winner in the series, and the Bearcats have won the last three played in Cincinnati. It’s a boatload of points to throw down, and the Bearcats have a tough road trip at UCF coming up. I’m riding the ‘over’ trend in the series with my free NCAAF pick.